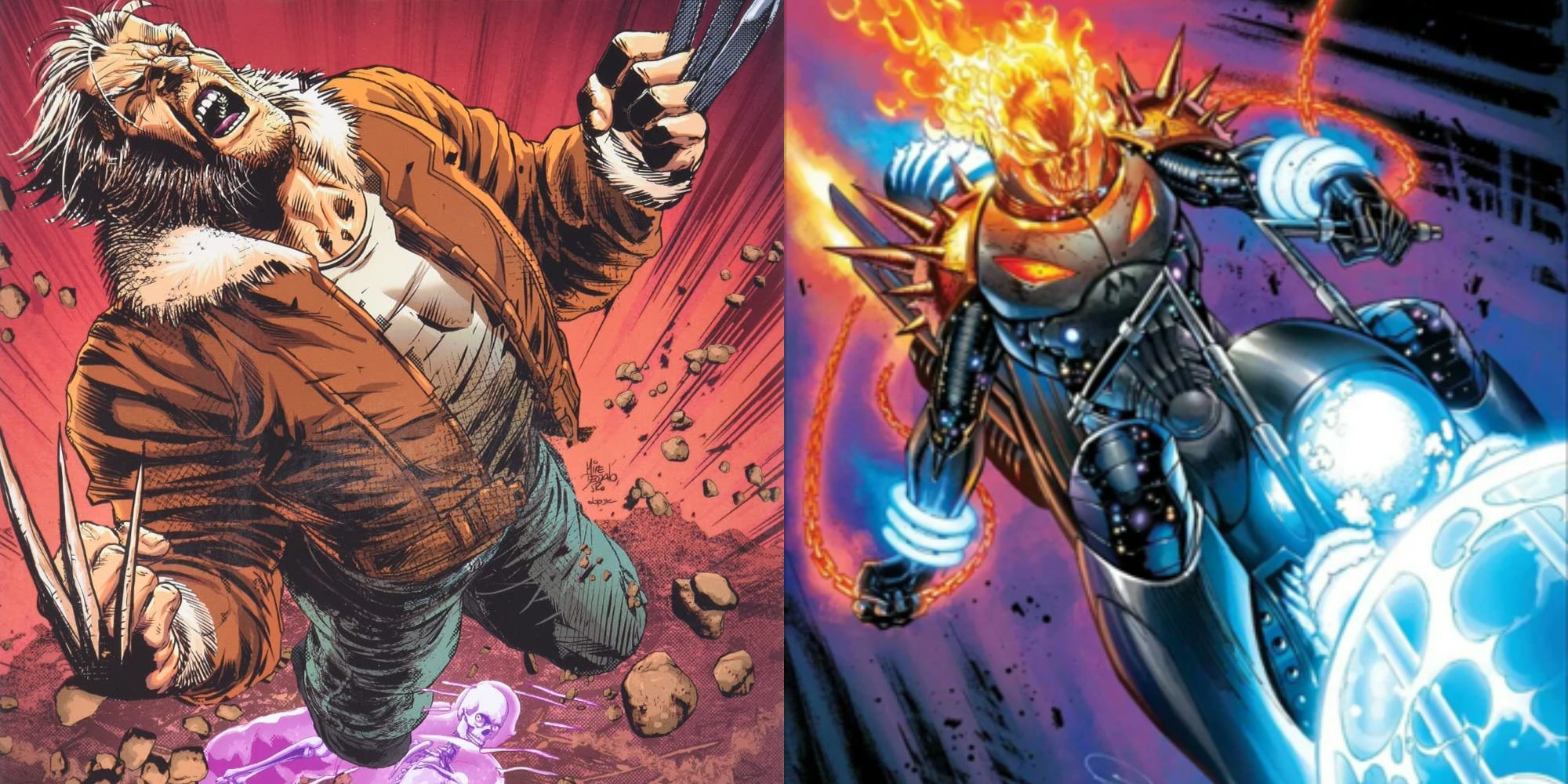 Marvel heroes come in all shapes and sizes. They can be giant or tiny, big or small. Some have superpowers, like Ms. Marvel or She-Hulk, and others like Hawkeye are really good at what they do. The Marvel Universe is full of possibilities, and its heroes always make the most of them.

The lives of these heroes take a million different paths depending on the circumstances. Indeed, some become wildly different people in the many alternate futures that exist within Marvel. And while some of these changes aren’t always for the better, the heroes remain intriguing and popular, retaining their iconic status.

The reign of Spider-Man

The friendly neighborhood Spider-Man is famous for his cheerful personality and witty banter with his enemies. He is kind and optimistic, always keeping a smile despite the many trials of his life. So to see him as a defeated, tired, bitter version of himself is shocking.

Spider Man; Reign presents this exact representation of the Web Crawler. Peter is removed from his superhero persona and disillusioned with life. The story features one of the darkest chapters of his life, analyzing Peter’s nature and concluding that he’s a hero for more than just his powers. It may not be a perfect script, but it’s a near-perfect portrayal of Peter Parker.

Steve Rogers is the ultimate boy scout. He’s everything any hero should be, acting as the moral compass in most of his appearances. Even at his lowest, Rogers remains firmly committed to the fight for justice and freedom, even if it means taking on the whole world himself.

Earth X Steve Rogers is war-worn and bald but still fighting. After his death, he reappeared as some kind of angel, donning a Greek-inspired costume, draping the American flag over himself like a toga, and still holding the shield. Earth X reveals that Doctor Erskine, the man behind Rogers’ serum, was actually a Nazi.

The Cosmic Ghost Rider is the product of Frank Castle offering his soul to Mephisto and becoming the Ghost Rider before offering himself as Galactus’ herald in place of the Silver Surfer. The result is one of Marvel Comics‘ finest creations, an aimlessly defeated man bent on revenge against the Mad Titan.

Frank Castle is one of Marvel’s finest mercenaries, and his abilities only improve through the influence of Mephisto and Galactus. Like the best alternate versions of established characters, the Cosmic Ghost Rider allows the comics to explore Castle’s psyche more deeply, investigating the hopeless obsession that keeps him from moving forward even when there’s nothing wrong with him. another to avenge.

Wiccan is one of Marvel’s most powerful wizards. His magic is considerable, to the point that he becomes the next Sorcerer Supreme after Stephen Strange. At some point in the future, Wiccan also becomes the Demiurge, an omnipresent divine being capable of reshaping the laws of magic.

As the son of the Scarlet Witch, Wiccan was always expected to be powerful. However, the Demiurge’s abilities are too vast for a single being, and Wiccan recognizes this. Like all gods, the Demiurge has the power to be the ultimate source of good or evil, and Wiccan seems to favor the former.

Reed Richards is one of the smartest characters in the Marvel Universe. He’s also an asshole. Indeed, the best Fantastic Four comic book storylines depict the fine line he walks between heroism and outright narcissism; it’s not easy to be the smartest man in the world.

The Maker is the main antagonist of the divisive Ultimate Universe, a future version of Reed Richards who becomes evil. He has the same classic goals as Reed, but his methods are far deadlier. Maker is an intriguing character study of the worst parts of Reed Richards that other characters – and even fans – often forgive or ignore outright because of his immense intellect.

Hulk has some of the best stories in Marvel comics, but Imperfect future has a place of honor, if only because it introduced the Maestro into the Marvel canon. Maestro is an evil version of the Hulk from an alternate future; he possesses the mighty strength of the Hulk and the intelligence of Bruce Banner, becoming a massive threat to the known world.

Like many other future evil versions of Marvel heroes, the Maestro is a cautionary tale for Bruce. He possesses all of Banner’s most evil and reprehensible qualities, proving just how close Bruce is to falling overboard. Maestro is also an awesome villain and plays a major role in the Secret Wars storyline, so it could come to the MCU in the future.

While not exactly the future classic Thor self, King Thor’s life is so intertwined with his own that if classic Thor were to cease to exist, so would King Thor. Assuming the powers of Odin, King Thor becomes cynical and bitter after Loki succeeds in destroying Earth. The ruler also plays a major role in the fight against the deranged alien Gorr, the Butcher God.

King Thor is perhaps the best iteration of Thor in Marvel Comics. Unlike other future hero releases, he doesn’t give up just yet and instead waits for a reason to return to action. King Thor is a ruler first and a hero second, an interesting take on a character who often strays from his monarchical duties in favor of his superhero adventures.

Days of Future Past Kitty Pryde

days of future past is arguably the best x-men scenario ever. Featuring an intriguing twist on time travel, the plot introduces one of the team’s most underrated yet valuable members: Kitty Pryde. Although classic Kitty stars in most of the action, her subconscious is that of future Kitty, adding another interesting layer to an already convoluted story.

Future Kitty is desperate to prevent the harrowing future that awaits them if Mystique and her Brotherhood succeed in killing Senator Kelly. However, she never lets her fear or distress get the better of her; on the contrary, she remains determined to see the mission through to the end, knowing that this is her last chance. Kitty is one of the best characters in x-menand it’s great to see her in the spotlight for once.

Cable’s story is as complex as it is fascinating. Son of the X-Men Cyclops leader and his first wife, Jean Grey’s clone Madelyne Pryor, Cable was sent to the future after being infected with a deadly techno-organic virus. Growing up in a harrowing future, Cable becomes a warrior and the enemy of the mighty Apocalypse.

Time travel is a crucial part of Cable’s lore. His journey is full of twists and turns involving past and present, to the point where he doesn’t really have a present of its own. At some point, the original Cable becomes the future version of the “current” Cable, dubbed Kid Cable. It takes time to understand the intricacies of its convoluted history, but it’s worth it; Cable is one of Marvel Comics’ best and most original creations.

The Old Man Logan comics were a game-changer for the genre. Introducing an older, tired Wolverine allowed for a deeper, more nuanced exploration of who he is outside of the Wolverine character. The plot places Logan in a dystopian future controlled by villains, pitting him against some of Marvel’s most infamous and deadly foes.

Old Man Logan is arguably the definitive version of the character. Deep down, Logan is the ultimate warrior: he’s fought most of his life, going from war to war in a seemingly endless parade of violence. Withered but not quite jaded, Old Man Logan is the logical culmination of his journey and a wonderful character study for one of Marvel’s most complicated heroes.