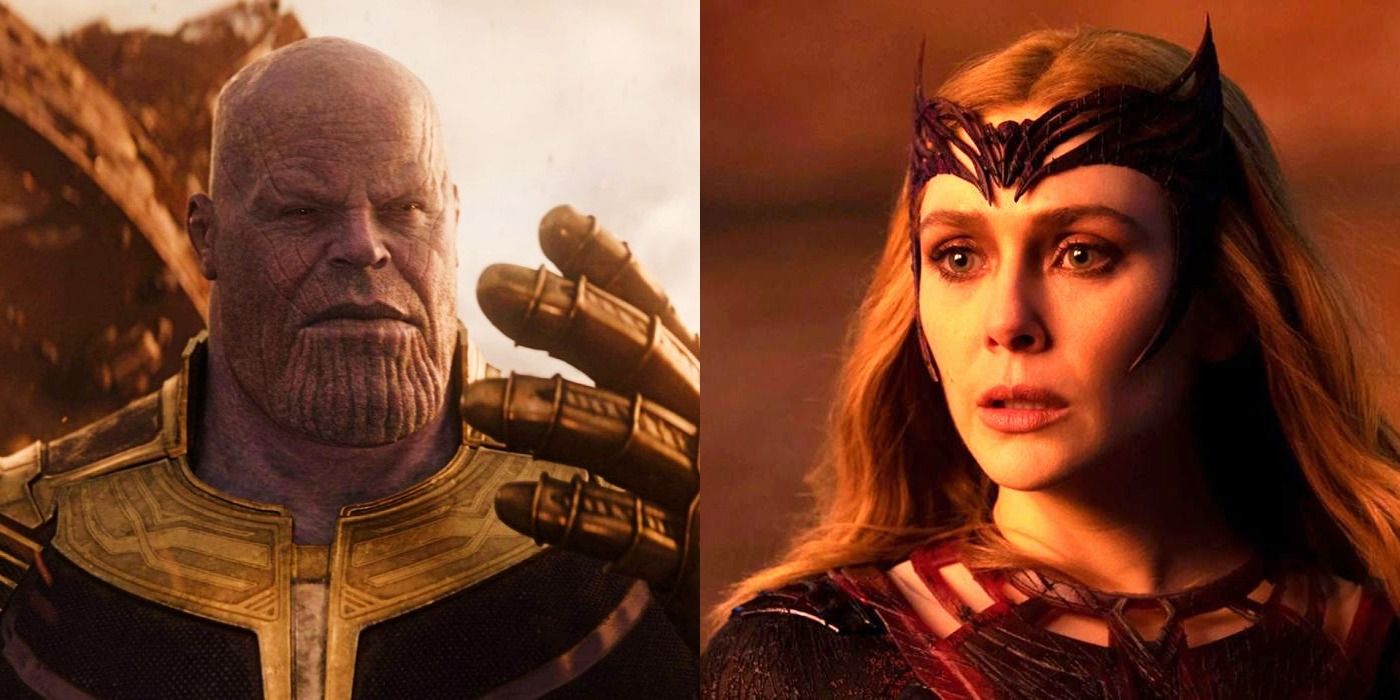 The Marvel Cinematic Universe has brought many new fans into the Marvel Universe. Many of these fans had never read Marvel Comics before, so what they know about heroes they learned from the movies. Even fans who were casual readers might now have the wrong ideas about the origins and stories of certain heroes thanks to the movies.

RELATED: The 10 Best MCU Movies (According To Metacritic)

The reason is that the MCU didn’t take the stories straight from the classic Marvel comics. Instead, the movies took a mish-mash of the Marvel Universe, Ultimate Marvel Comics heroes, and then added their own flavor for the big screen. As a result, Marvel canon might be a difficult concept for some fans.

One thing that a lot of Marvel Comics fans get wrong is Captain America’s place in Avengers history. In the MCU, Nick Fury first went to Iron Man, then added two of his SHIELD agents, before asking Captain America to help lead the team when it was formed. In the comics, Cap is not a founding member of the Avengers.

Many comic book fans even mistakenly consider him a founding member. He is not. The original team consisted of Iron Man, Thor, Ant-Man, Wasp, and Hulk. It wasn’t until issue #4 that Captain America was thawed out and invited to join the team.

A big change in Avengers: Age of Ultron saw Tony Stark and Bruce Banner responsible for creating Ultron. In the MCU, Stark had an AI he called JARVIS and he and Banner built a robot body that could serve to protect the United States, and the two combined as Ultron.

In the comics, that’s not what happened. Jarvis wasn’t an AI, but he was the Avengers’ butler. Additionally, it was Hank Pym who created Ultron to defend the planet. In the MCU, Pym was already older and retired and didn’t take on the same role in the movies. Tony Stark did a lot of bad things in the comics, but this wasn’t one.

Thor: Ragnarok changed a few elements of the comic to make it more entertaining. One thing took the main idea of Planet Hulk and put it in a Thor movie as a side story. It also changed everything about the Grandmaster. However, there’s one big thing it changed that many have confused with Marvel canon.

The film cast Hela as Thor’s sister. This is not an accurate depiction of her in the comics. Hela was a goddess of Hel, and she was in no way related to Thor or Odin. Thor also had a brother named Balder in the comics who never made it into an MCU movie.

Scarlet Witch is not Magneto’s daughter

Although it was never involved in an MCU movie, fans watching were still waiting to see it happen. Every time something was brought up, fans wondered if Scarlet Witch would finally help lead mutants into the MCU. The main argument was that Magneto was his father, and that made for the perfect opportunity.

RELATED: 15 Worst Things Scarlet Witch Ever Did In Marvel Comics

However, it’s a mistake that many Marvel movie fans – as well as comic book readers – still make. In Marvel canon, Scarlet Witch is unrelated to Magneto. For years she thought he was her father, but when she cast a spell to kill everyone close to him, he was unaffected and she soon learned the truth that she had never been. her daughter.

Hawkeye has always been a military agent

Hawkeye was a character that the MCU removed from the Ultimates universe. In the MCU, he’s a soldier, and he’s fought for the United States as part of SHIELD for his entire history, as shown in the movies. He was there to get Black Widow out of the Red Room and was always a good soldier.

It’s not Hawkeye from Marvel canon, at least not in the mainstream universe. There he was originally a circus performer who bonded with the Masters of Evil. He eventually got good, but spent most of his superhero career as a complete rebel against authority, the opposite of his MCU portrayal.

Yondu was in the Star-Lord timeline

However, it meant big changes for Star-Lord. In the MCU, Yondu kidnapped Peter Quill for his father but kept him. Not only did the MCU change who Quill’s father was, but Yondu was a member of the Guardians many years ago, and long before this version existed – not a member of the Ravagers.

The death of Drax’s family

In the MCU, Drax was on a rampage to find and kill Ronan the Accuser for killing his family. While Ronan was working for Thanos, that was what fueled Drax, and it was something MCU fans would take as gospel. However, not only was that not canon in Marvel Comics, but Drax was a completely different character there.

RELATED: Every Member Of Guardian Of The Galaxy, Ranked From Weakest To Strongest

In Marvel Comics canon, Drax was actually a human who lived on Earth. It was Thanos who killed his family – or so Drax thought. He ended up with his essence sent into Drax’s body as his daughter actually survived and was secretly raised on Titan by Thanos’ father, where she eventually became Moondragon.

Hank Pym in the MCU movies was an older man who at one point worked for SHIELD with his wife Janet, also known as Wasp. Most fans who’ve watched the movies know that he’s not the same Hank Pym as the comics, and know that he’s aged considerably in the movies.

However, one thing the MCU confused fans with was Scott Lang from the comics. Pym didn’t cast him in the comics like he did in the movies. Instead, Scott stole the suit to save his daughter’s life and Pym let him keep it since he proved he could use it as a hero.

Thanos’ reason for the snap

Thanos appeared in the MCU with a plan. He wanted to save the universe by destroying half of it. He went from planet to planet decimating half the population to make sure they had enough resources to survive. When he obtained the Infinity Gauntlet, he destroyed half of existence for his purpose.

In the Marvel canon, his goals weren’t so pure. Thanos didn’t care about saving anyone or anything. He wanted to win Lady Death’s love and he thought that if he slaughtered half the universe, she would love him back.

Sam Wilson was a military

In the MCU, Sam Wilson was an honorable soldier when he met Captain America and joined forces to become a member of the Avengers. He was also someone who led groups of veterans helping people with PTSD and in The Falcon and the Winter Soldierhe was still working with the army.

However, in the comics, he had nothing to do with the military. It was the opposite, in fact. Sam lived in downtown New York and wanted to be good, even though the life of crime was right in front of him. When he met Cap, he became a hero and eventually became a social justice reformer, choosing to stand up for people on the streets rather than answer to a government official.

NEXT: 15 Best Sam Wilson Moments In The MCU So Far

Shawn S. Lealos is a senior writer on ScreenRant who fell in love with movies in 1989 after going to the theater to see Tim Burton. Batman as his first experience on the big screen.

Shawn earned his bachelor’s degree in journalism from the University of Oklahoma with a minor in film studies. He has worked as a journalist for over 25 years, first in the world of print media before moving to online media as the world changed. Shawn is a former member of the Society of Professional Journalists and current member of the Oklahoma Film Critics Circle. He has works published in journals such as daily oklahoman and Oklahoma Gazette and magazines such as Vox Magazine, Magazine boxand Inside the sports magazine. His internet work has been featured on websites such as The Huffington Post, Yahoo Movies, Chud, Renegade Cinema, 411mania and Sporting News.

Shawn is also a published author, with a non-fiction book about filmmakers Stephen King Dollar Baby and has also started work on a new fiction series. To visit Shawn Lealos website to learn more about his novel writing and follow him on Twitter @sslealos.