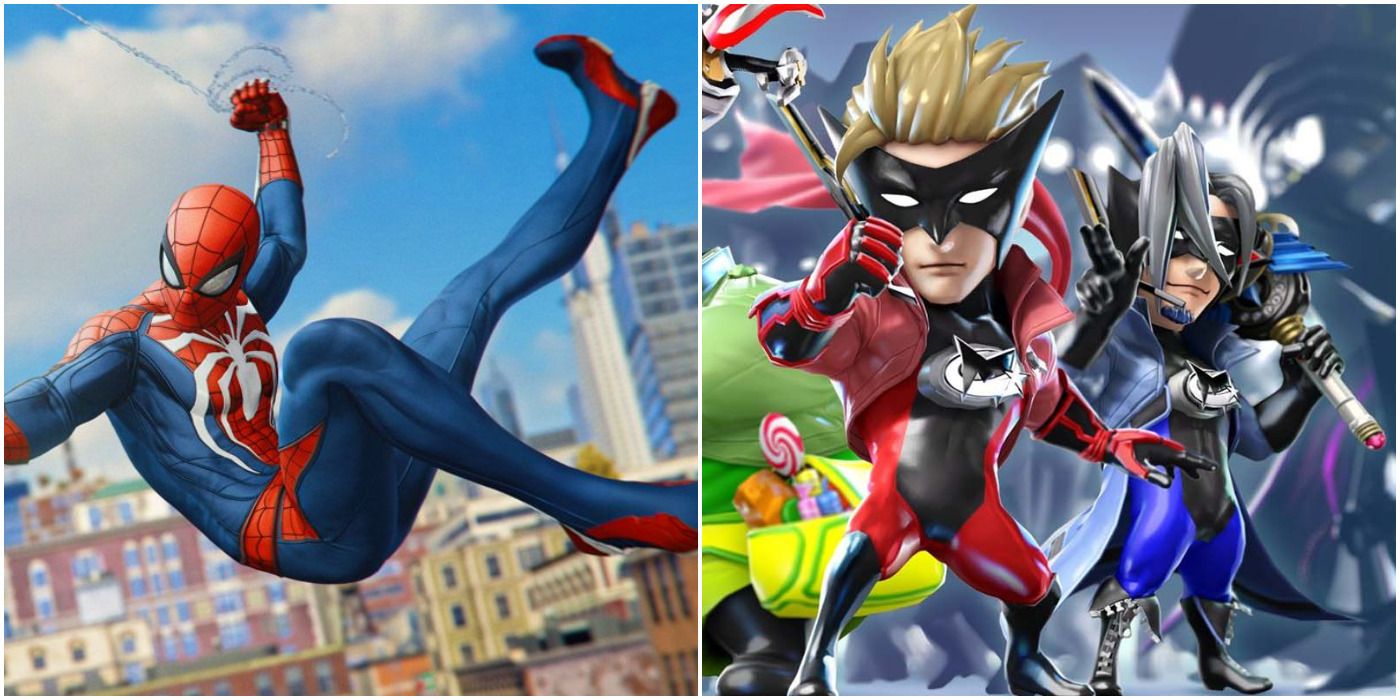 10 video games to play if you like My Hero Academia

my hero academia successfully turned into a massive hit, connecting with people around the world who find themselves intrigued by superheroes. But while there are a lot of anime like my hero academiasometimes people want to do more than just watch heroic adventures.

Sometimes people want to be the hero. As more recent anime, there’s not a ton of my hero academia games available, which doesn’t leave fans of the franchise many options. That said, there are plenty of superhero video games that allow players to dress up and fight against evil threats.

Platinum Games‘ Wonderful 101 originally launched for the Wii U in 2013. Luckily, it’s not one of the many games available only on the Wii U, as it recently received a port to the Switch, PlayStation 4, and PC. The game takes place in a world where humanity is constantly at war with an alien terrorist group. Humanity’s protection comes in the form of the Wonderful 100.

In the game, the Wonderful 100’s job is to convince civilians to work with them to gain special abilities called Unite Morphs. With these Unite Morph abilities, players can complete every stage, be it enemies or puzzles. It is one of the most beloved Platinum titles of the last decade, but it has yet to receive the love it deserves.

inFamous: second son might be the last time Sucker Punch worked on the infamous franchise, but that doesn’t make it a bad game. It’s still one of the best non-comic book based superhero games. The protagonist is Delsin Rowe, a young man who suddenly acquires superpowers.

With them, Delsin decides to go to Seattle to free the city from the oppressive regime of the DUP, the Department of Unified Protection. Delsin not only has his own smoke powers, but he can absorb the abilities of others, making him the most dangerous person in town…if he can keep control of all those powers.

Lego Marvel Super Heroes might be the last thing some superhero fans want to try, thanks to the game taking place in the Lego universe. But for those who don’t mind the Lego setting, there’s a lot to like about this title.

There are nearly 200 playable Marvel characters, and the majority of them have their own unique powers. The focus of Lego Marvel Super Heroes is about Marvel heroes battling all the Marvel villains who have recently been empowered by the Silver Surfer’s Power Cosmic thanks to Doctor Doom. There’s just enough fanservice to get any superhero fan going wild.

Marvel’s Spiderman isn’t just one of the best superhero games ever made, it’s one of Sony’s best first-party titles. The game perfectly captures what it means to be Peter Parker, a character who has more in common with Deku than most other Western superheroes. Like Deku, Peter is determined to do the right thing because he wants to help as many people as possible.

In Marvel’s Spiderman, the player is free to move around the city and stop as many random crimes as they want. However, they are also capable of defying the greatest threats to the city, changing their hometown of New York for the better.

Marvel Ultimate Alliance 3 came as a surprise to the gaming world. People thought the franchise was dead, but Ninja Team instead turned out to be an overlooked gem. The story is about the heroes of the Marvel Universe who fight against Thanos and his Black Order, trying to stop Thanos from gathering the Infinity Stones.

Dozens of heroes from various organizations are playable during the game, all customizable to form unique super-teams. The concept of super-teams is not the norm in the world of my hero academiabut it is something that is becoming increasingly necessary to protect Japan from threats like All For One.

5 Gotham Knights Focuses On Heroes Trying To Replace Their Mentor

Gotham Knights is still a few months away from release, but it features a story arc similar to what happens in my hero academia in recent events. With Batman seemingly dead, the members of the Bat-Family are forced to protect Gotham for him.

Nightwing, Batgirl, Robin and Red Hood are the only ones to solve the mystery of the Court of Owls. These days, with All Might missing in the My hero world, the remaining heroes find themselves in a similar situation – have no choice but to step in to protect the people.

4 Batman: The Telltale Series Relies On Detective Work Rather Than Action

Originally, Horikoshi’s plan for my hero academiaThe main character was to leave him without powers. Deku would use his impressive strategy and knowledge of villains and heroes to become the best hero. In other words, Deku would have been Batman. Knowing that, Batman: The Reveal Series is a viable gaming option.

A series of five distinct adventures that add up to one game, The developer version of Batman focuses on his ability to stay one step ahead as a detective. These are exactly the skills Deku would have needed if he hadn’t found One For All’s powers.

3 Marvel’s Spider-Man: Miles Morales sees a teenager learning to be a hero

The gaming community is divided on whether the original Spider Man or Miles Morales: Spider-Man is the better game. Although Miles Morales is a “smaller” game, some people think it’s a tighter, more focused experience. Like Peter, Miles is determined to become a hero and do what it takes to protect his corner of the Marvel Universe.

Despite his inexperience, Miles Morales has no choice but to keep fighting if he wants to stop both Roxxon and the Underground from endangering his city. In some ways, Miles is even more like Deku than Peter, as he is placed in impossible positions despite his age and still has to protect everyone.

Although it had a difficult start, Ultimate Marvel vs. Capcom 3 would go on to become a beloved PlayStation 3 title. It’s overkill, the combat becomes addictive, not to mention the fun of being able to pull from two incredibly popular universes. The “story” of the game is to protect Earth against the threat of Galactus.

But it’s not something that people are particularly concerned about. The real pleasure in Ultimate Marvel vs. Capcom 3 comes from perfecting his group of three teams. For PC fans, the mods have become more and more impressive, adding several characters from Marvel vs. Capcomolder entries from, for a truly “ultimate” experience.

my hero academia only has one series of games at the moment: his righteousness. The sequel title has forty different characters available to players, but the game’s combat can feel a little off and there’s not a whole lot of depth there.

That said, his righteousness 2 has an expanded story mode that’s almost too faithful to the existing anime and manga, but fans of the series will love it. Although there are better options for fighting games, if anyone wants to experience the world of My herotheir only option is his righteousness.

A writer for CBR, Sage Ashford has also written for Comicon as well as other sites such as The Gamer, and has been freelancing since 2014 and working for CBR since 2017. His main focus is spreading the word about obscure anime . , comics and games whenever possible. Follow him on Twitter @ sageshinigami, or on Twitch @ sageshinigami.