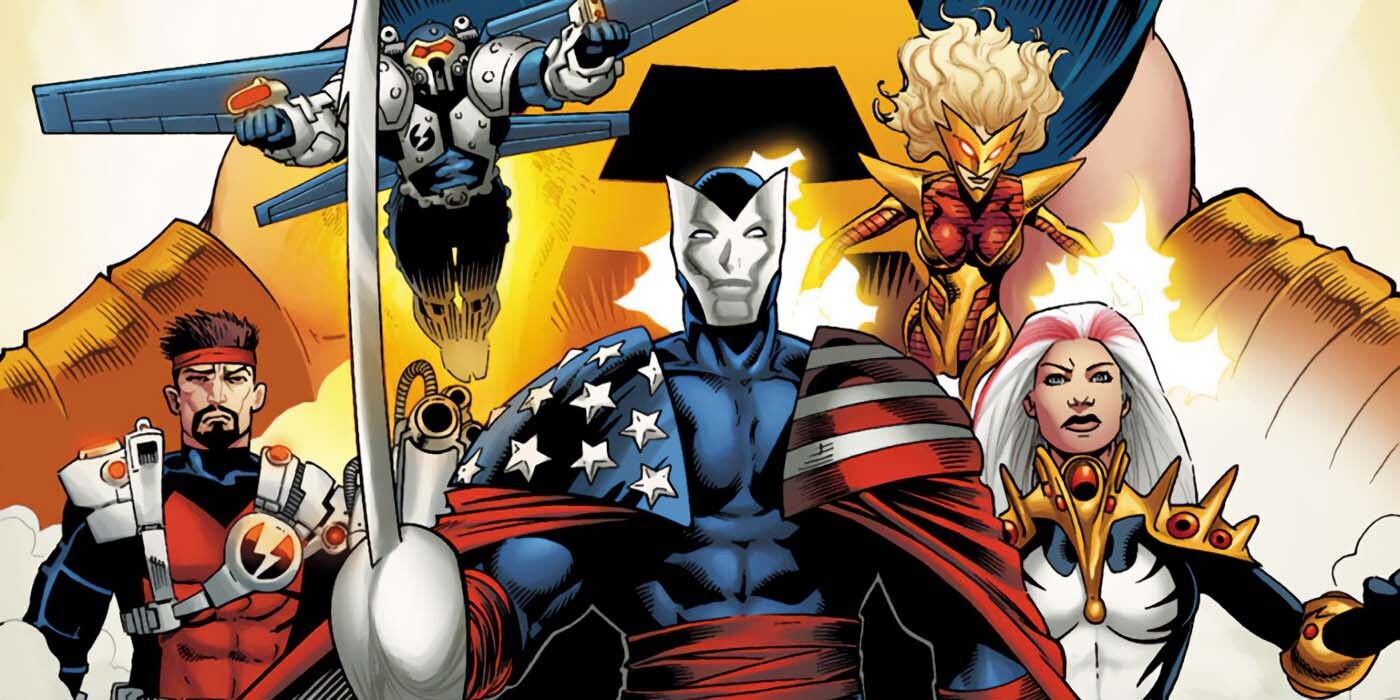 Marvel is reportedly gearing up for its 2023 production roster, including a Thunderbolts film adaptation, Shang-Chi 2, and the new Fantastic Four.

Apparently, Marvel is preparing to start production on four new projects in Phase 4 of the MCU in 2023, including one Love at first sight movie. Phase 4 presented some challenges for Marvel, starting with the launch movie Black Widow delayed by more than a year due to theaters closing during the COVID-19 pandemic. As a result, 2020 was the first year since 2007 to see no MCU projects. Even now that Phase 4 has fully kicked off in 2021 with two Disney + movies and 3 live shows that have already been created, and Eternals, Spider-Man: No Path Home, and Hawk Eye always on the horizon,

Despite this, the company still experiences setbacks. Due to the nested nature of their productions, further delays in the event of a pandemic have caused Marvel to push back the dates of almost all of the Phase 4 films that are slated to debut afterwards. Spider Man, a few months each. They even had to pull two previously set dates off the slate much to the chagrin of many enthusiastic fans.

Related: Ant-Man’s Ghost Is Perfect For Setting Up Thunderbolts In Phase 4 Of The MCU

Even though the timeline has been pushed back, it looks like the same conversations that led to this new Phase 4 restructuring included the green light on several new projects. According to The GWW, in 2023, Marvel will begin production on a Love at first sight film adaptation as well as the previous announcement The Fantastic Four movie. They would also be advancing on a Shang-Chi 2 (no surprise after Shang-Chi pandemic ticketing records erased) and a Black Panther: Wakanda Forever spinoff series starring Danai Gurira as Okoye.

The only project on this rumor list that was previously announced is The Fantastic Four, who has Spider-Man: No Path Home director Jon Watts attached. While the Okoye series and Shang-Chi 2 are natural continuations of established characters who proved their mettle at the box office, the Thunderbolts would be a brand new addition to Phase 4. The team, essentially Marvel’s Suicide Squad, would have been included in the Disney + series. The Falcon and the Winter Soldier, even if it never worked out.

In the comics, the team was created by Baron Helmut Zemo, who is played by Daniel Brühl in the MCU. The current Thunderbolts lineup, led by Kingpin, includes Taskmaster, Crossbones, Typhoid Mary, Shocker, Whiplash, Rhino, and Kraven the Hunter. Several of these villains have appeared in the MCU before (most recently Taskmaster was played by Olga Kurylenko in Black Widow), but given that some of these villains are Spider Man characters belonging to Sony (who have a Kraven the hunter film coming in 2023), it wouldn’t be the same team the MCU is offering.

While Marvel has yet to officially confirm this report, it fits perfectly with the trajectory taken by Phase 4. During this phase, Marvel sought to continue the accounts of their new properties established in Phases 2 and 3 as well as to introduce new teams of heroes. One of these teams is the Eternals, who already have a Avengers-style, a starred range when they were first released. Love at first sight is perfectly suited to deliver the same, with the option for former Marvel villains to return for another day in the MCU projector.

Next: Why Shang-Chi Should Drop The Ten Rings In His Next Movie

Brennan (he / him) is a senior screenwriter at Screen Rant and a millennial who knows more about ’80s slasher movies than he has the right to. A former host of the Attack of the Queerwolf podcast, Brennan has been writing and podcasting pop culture (especially horror movies) for a decade. Brennan’s interests also include The Muppets, bubblegum pop around the world, and reading (especially Jane Austen, Agatha Christie, Junji Ito’s manga, and the magical realism novels). His favorite directors are Wes Craven and Pedro Almodóvar.