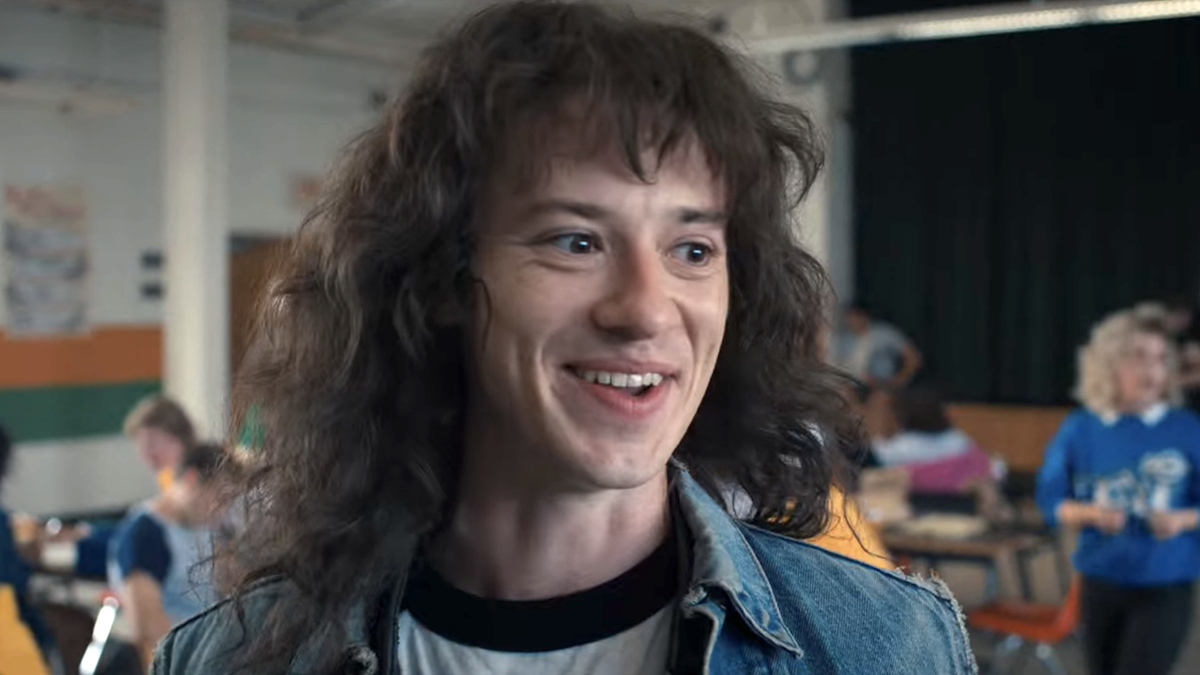 For its epic and expansive fourth season (and, if you ask me, its best and scariest season yet) stranger things employed an impressive swathe of incredibly talented new cast members – all of whom deserve equal praise. However – aside from the legendary Robert Englund’s stellar turn as the grossly misunderstood Victor Creel, perhaps – I think most would agree that the standout newcomer to the incredibly popular sci-fi series from Netflix has to be Joseph Quinn in his breakout role as Eddie Munson. Of course, as tends to be the case whenever an actor gives such a memorable and highly regarded performance, I now have to ask the question: are there any upcoming Marvel movies in his future?

The 29-year-old British actor had never played a role as the leader of the Hellfire Club and Dungeon Master, or appeared in a title quite like stranger thingsbefore – having been best known for literary costume dramas such as those on the BBC Dickensian, or when he joined the game of thrones cast for a Season 7 episode as Winterfell’s guard. Still, he absolutely managed to play the scruffy, likable metalhead persona brilliantly, which convinced me and his many new fans that he might be capable of playing anything, including a character in any upcoming superhero movie (or TV show) maybe. If and when that moment comes around, I have a few Marvel characters in mind that he might be the right fit for – starting with one who’s also from the UK.

When I mentioned in the introduction above that Joseph Quinn was British, it might have come as a surprise to many viewers who first got to know the actor through stranger things since he hides his accent almost perfectly when he plays Eddie Munson. That being said, I think the Londoner has earned the right to be able to use his natural voice for his next big role. If that role happens to be part of the Marvel Cinematic Universe, I have a picture-perfect character in mind whose English roots are, indeed, an important part of who he is.

Technically, UK-based vigilante Union Jack already exists in the MCU in the form of James Montgomery Falsworth – who JJ Field starred in. Captain America: The First Avenger. So, I think the best course of action for Quinn’s case would be to name him as Falsworth’s successor, Joseph Chapman – a working-class young man from Manchester who is chosen to carry the torch for his human strength, his maximum speed and stamina. . I actually would love to see more superheroes in the MCU that aren’t supernatural or technologically enhanced and this one could be a great addition to the pack.

However, on second thought, if Joseph Quinn is interested in playing an enhanced superhero in the MCU, I think I can help in that area as well with a character whose shared universe debut has been highly anticipated in recent years. . Not to mention that, in this particular role, he would still be allowed (in fact encouraged, even) to use his natural English accent.

With an alias like Captain Britain, you might be quick to assume physicist Brian Braddock is just the UK’s answer to Captain America, and you wouldn’t be entirely wrong. However, Steve Rogers actually has more in common with Union Jack, as this particular hero derives his powers from a mystical amulet given to him by none other than the legendary wizard Merlin. While other famous Brits like Simon Pegg and Orlando Bloom have already expressed an interest in playing the role, Quinn might have a better chance, especially given her recent success.

What if, instead of using his own voice again, Joseph Quinn wanted to make his MCU debut by trying out a new accent from another part of the UK? In that case, I have a great option whose MCU debut will hopefully happen soon.

Irish-born Sean Cassidy is nicknamed Banshee for having a “sonic scream” loud enough to destroy entire objects, propel himself through the air at high speed, shield himself from outside attacks, and various other extraordinary feats. We didn’t get to see all of these abilities in action when the character made her film debut in 2011. X-Men: First Class, played by the great Caleb Landry Jones. Maybe the next release from Marvel Studios x-men the movies reboot could explore those powers further and, perhaps, with Quinn, who already bears a strong resemblance to the character.

Let’s avoid talking about accents, okay? Instead, for now, we’ll be focusing on another classic Marvel Comics character whose MCU debut has long been discussed. I’m thinking of Johnny Storm, best known as the “hottest” member of the Fantastic Four for his incendiary abilities following a cosmic freak accident.

What Made Me Think Of Joseph Quinn To Join The MCU The Fantastic Four reboot the movie as Human Torch? Well, aside from showing a knack for playing rebellious young heroic types in many of his previous roles (including Eddie Munson), his stranger things the character’s title as the leader of the Hellfire Club honestly made me think, Uh, why not?

To tell you the truth, Human Torch wasn’t the only character I had in mind for Joseph Quinn compared to directing Eddie Munson’s Hellfire Club. I couldn’t help but also think of Mephisto, who is essentially the Satan of the Marvel Universe and a villain that comic book fans have been exceptionally eager to see make his MCU debut for quite a while now. In fact, I remember some fans saying they were disappointed Wanda Vision only because their theories that he was the real villain turned out to be wrong.

Well, when the extra-dimensional demon makes its first official appearance in the franchise, I think Quinn would be a good fit – and not just because of the Hellfire connection, I promise. After seeing the actor play a sacrificial hero on stranger things, I’d be curious to see it take a spin in the opposite lane and big too. Like I said before, I think he’s an actor capable of just about anything, which only heightens my interest in seeing him as a villain this time around.

I could actually think of a few characters that I would be interested in seeing Joseph Quinn appear like in all of the upcoming DC movies, come to think of it. Everything is possible. All I know, no matter where his career takes him, is that this might just be the year of the actor.

The movie trailer brings back [Spoiler]