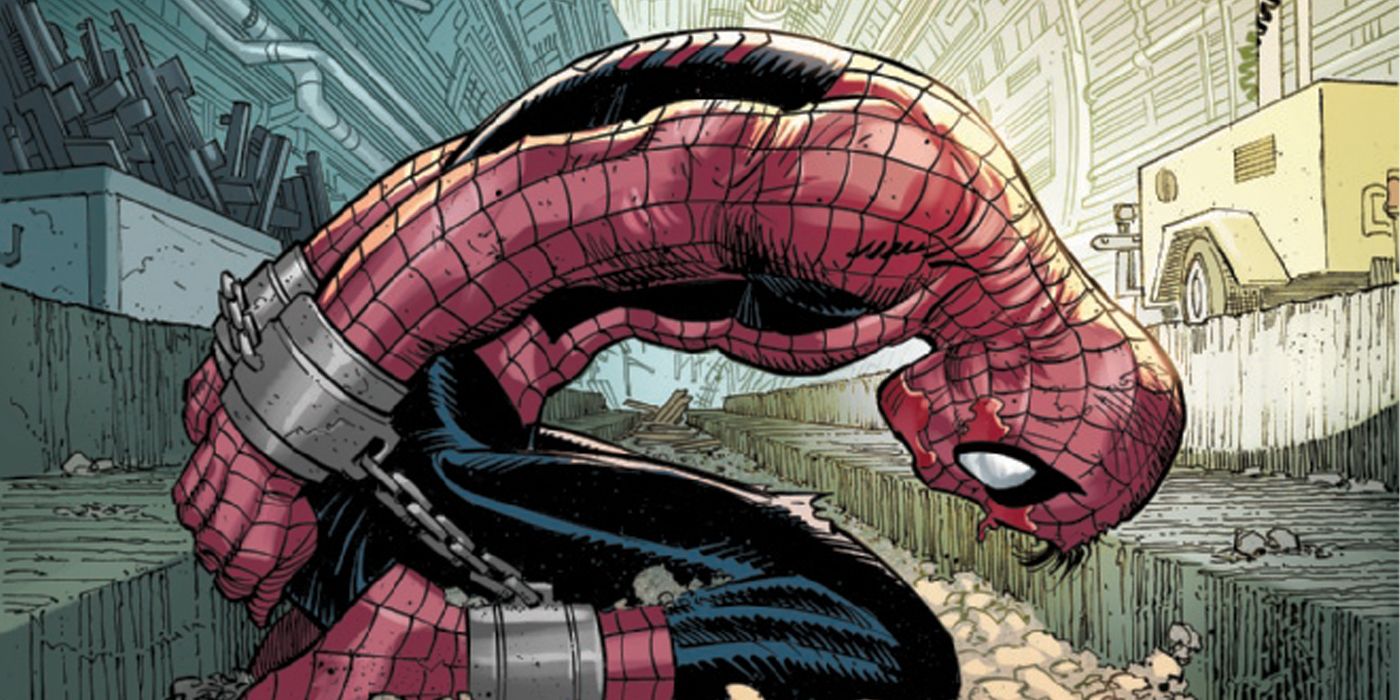 Peter Parker gets a brutal beating The Amazing Spider-Man.

The title’s third issue featuring Marvel’s first web-slinger sees Peter captured by Tombstone, one of New York’s crime lords. The villain framed Spider-Man at the end of the previous issue to exact revenge on the hero who ruined a deal with fellow crime boss Rose. In the upcoming book, Tombstone begins to teach Peter the lesson he promised by beating him for no reason in an abandoned subway tunnel.

Despite Spider-Man’s actions indirectly causing a war between Tombstone and the Rose, Tombstone doesn’t care enough to remove the hero’s mask in the preview. It’s different from other villains in New York, like Kingpin for example. The recent reign of the devil The event started with Kingpin’s hatred for Daredevil and his demand to know who Daredevil really is. Once upon a time, Kingpin and the whole world knew Peter was Spider-Man, though the “One More Day” storyline undid that and Peter’s marriage to Mary Jane Watson.

At the time of writing, this amazing spider man run did not explain why Peter and MJ are separated again. Before the title was revived with writer Zeb Wells and the return of beloved Spider-Man artist John Romita Jr., the fan-favorite couple was set to move into the The Amazing Spider-Man #93, but after a six month time jump they are separated and MJ is with someone else while having two children. Very little is known about what happened in the unseen time gap, but it left Peter in a bad place with his friends and even Aunt May.

Of course, Peter has a surprising ally: Norman Osborn. The Amazing Spider-Man #2 features a reunion for the hero and the former Green Goblin, who even has Peter to babysit him. Norman helped Peter with every controversial thing he did during the series’ time jump, and future issues hint at their ongoing relationship, including a new Oscorp suit for Spider-Man.

Spider-Man isn’t done with Tombstone either. Just before The Amazing Spider-Man900th issue inherited from, the tender for The Amazing Spider-Man #5 promises the end of the title’s first arc with the “most brutal battle ever” between the two. The following anniversary issue will then see the return of the Sinister Six and feature 92 pages of history for readers to peruse.

The Amazing Spider-Man #3 is written by Wells with art by Romita Jr., ink by Scott Hanna, color by Marcio Menyz, and lettering by VC’s Joe Caramagna. The main cover is by Romita, Hanna and Menyz, with variant covers contributed by Hikaru Uesugi, Javier Garrón and David Curiel. The issue goes on sale June 8 from Marvel Comics.