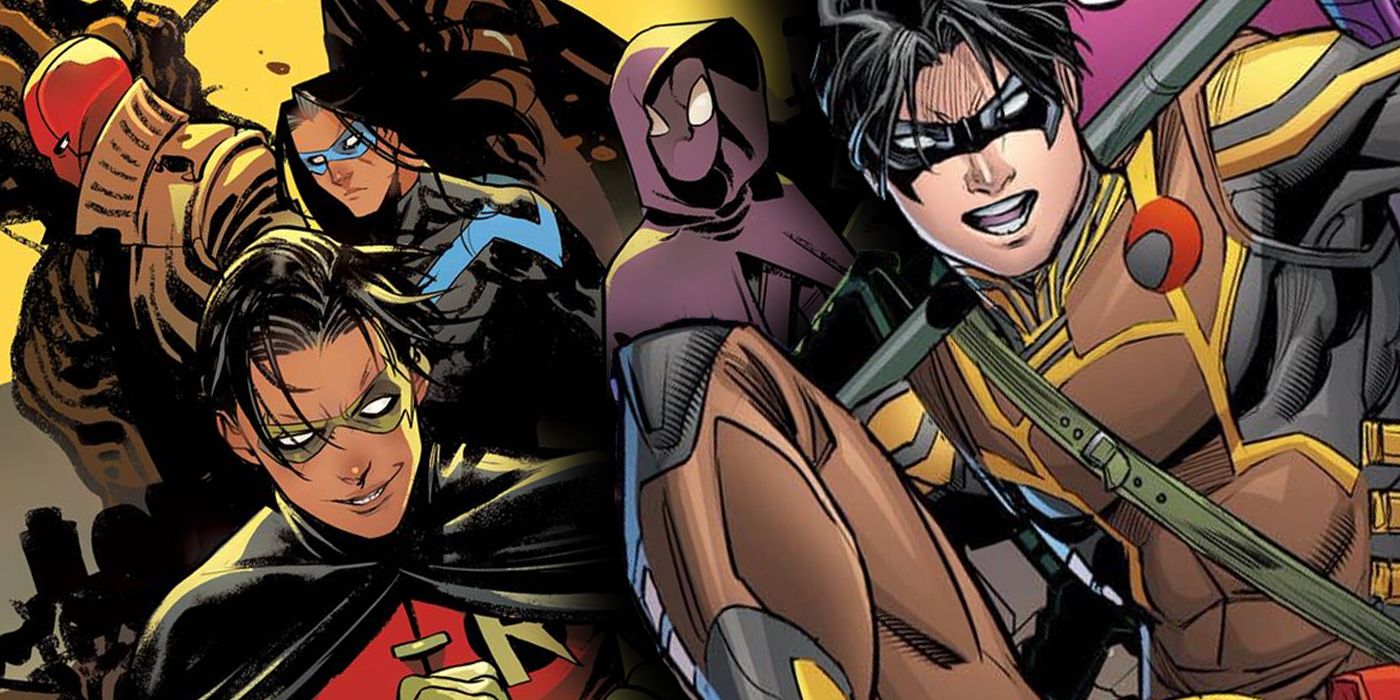 Damian Wayne and the other Batman sidekicks won’t let one of Robin’s favorite fans live out his most ridiculous superhero alter ego.

It looks like Tim Drake’s most recent identity change is going to haunt him for a while. In two separate comic book titles, Tim was kindly teased about his decision to change his codename to “The Drake” in the most obvious way because that’s just his last name and really careless with it. secret identities. There was a reason he chose this name, unfortunately the resulting costume change and a short stint as Drake allowed his siblings to have plenty of ammo to use against him for years to come. to come.

The reason Tim changed his name from Red Robin to Drake was because of a fight he had with his evil counterpart on Earth-3. Tim had walked through the multiverse with the newly reformed young judge and ended up on Evil Earth where his other self was called Drake. Tim’s confusion was swept away when Drake explained that he chose this name because a drake is one of the deadliest bird species, succinctly summing up the evil doppelganger. Even Tim had to admit that the reasoning was pretty solid. Then he got Impulse’s vocal support, which could have been a harbinger of things to come.

Tim quickly adopted the code name for himself, along with a new costume. To say the change was not appreciated by fans would be an understatement. The costume change drew a lot of criticism due to its seemingly bland nature. Worse yet, this change had to be permanent. As a result of the outcry, Drake’s identity didn’t stay long and he had a practical excuse to revert to the character of Red Robin when Damian Wayne stepped down from the role of Batman.

RELATED: Robin’s Newest Nemesis Has An Ax From The Bat Family To Grind

But bad decisions, especially the funniest ones, don’t get swept under the rug in the Bat-Family. In Batman: Wayne Family Adventures # 7 (by CRC Payne, StarBite / Rhett Bloom, Maria Li, Lan Ma, CM Cameron and Kielamel Sibal) it is brought up during a discussion of categories in self-defense bingo. One of those categories was a code name change. Tim could claim this one with three examples, but in his case his most recent codename â€œDrakeâ€ was crossed out in favor of the previous one, getting into the joke that the character of Red Robin, while still remaining strongly attached to the Robin title, was always the best option.

And of course, Damian was never going to pass up the opportunity to grieve Tim about his bad decisions. In Robins # 1 (by Tim Seeley, Baldemar Rivas, Romulo Fajardo Jr., Steve Wands), Damian slipped and called Tim by his last name while urging him to defuse a bomb. Tim immediately corrected it, but Damian countered by calling him the “genius” who called himself “The Drake” for a time, winning the argument by pointing out the flaw in Tim’s reasoning while using this identity.

RELATED: Villainous Nightwing Plots Against Three Robins At Once

In all likelihood, this will be one of those moments in comic book history where a character takes a misstep that no one will ever forget. Tim really believed at the time that it was a good decision for him, that he was really starting to forge an identity. Sadly, the decision resulted in a less than perfect costume and a flurry of jokes at his expense.

Although his siblings don’t often talk about it, it’s a great recent story for them to use Tim to humiliate him a bit. Even geniuses can make mistakes. This one happens to be Tim’s. It’ll likely live up to when Batman wore a rainbow costume or when Superman split into red and blue versions of himself.

KEEP READING: DC’s Robins Make Themselves Puke On The Covers Of ‘Work Out’ Variants

Superman loses ‘The American Way’ – and that’s a good thing

Marvel Characters Galactus has never beaten in a fight