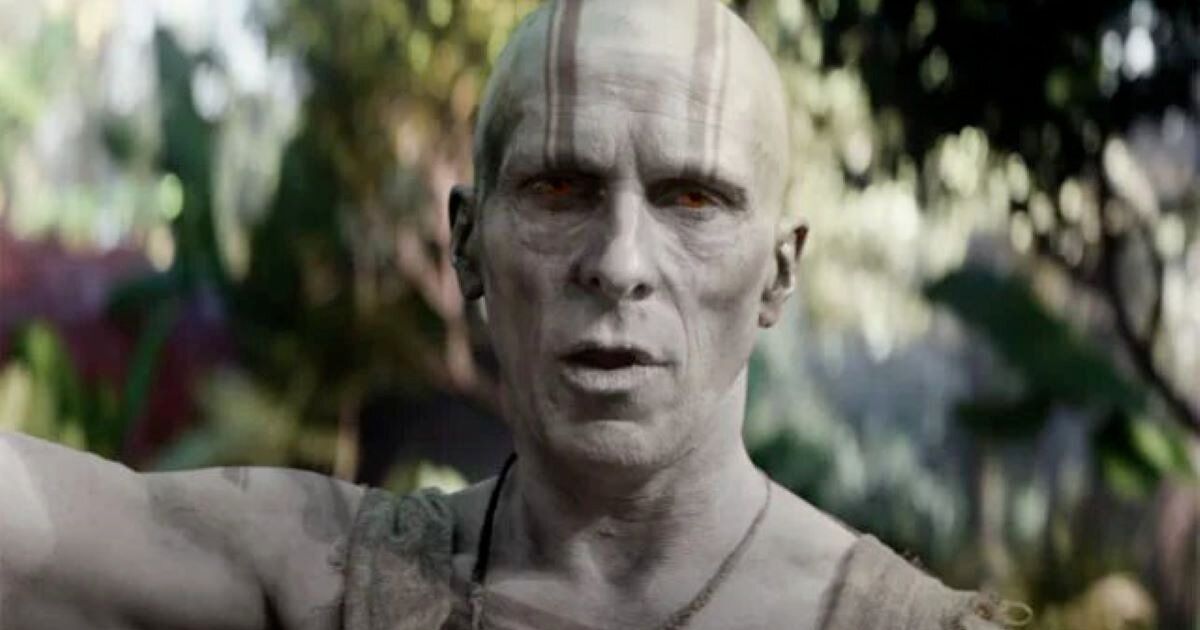 While Christian Bale shaved his head to play Gorr the Butcher God, for the reshoots he had to undergo prosthetic work.

Christian Bale shaved his head to appear as Gorr the butcher god in Thor: Love and Thunder, but that was something he just couldn’t do for reshoots. So it was left to the practical effects and makeup team to turn him back into his fearsome villain, part of the process of which was revealed in some behind-the-scenes photos. As an actor who has gone to great lengths to portray characters onscreen, a few hours in the makeup chair apparently wasn’t a problem for the latest Oscar-winning actor to join the Marvel Family.

As you’d expect from an actor who lost and gained a lot of weight for certain roles, Christian Bale turned into Gorr the Butcher God. For the first set of shoots, he shaved his head to transform into the character without the need for prosthetics, but since he couldn’t do this when reshoots took place, a special effects team was tasked with create a bald bap for the actor. wear that would give it an identical appearance. Thanks to SFX artist Bart MIxon, we now have a glimpse of the extraordinary work they have created. In a post on instagram Mixon commented:

“Christian Bale was unable to shave his head for the THOR reshoots – as he had the year before during principal photography – so a bald cap was required. After seeing our test director , Taika Waititi exclaimed “that looks awesome – now we don’t need bald people anymore!” worked on the stunt double but @villasenor_hugo, @wasnerkevin and I did Christian Bale for two days of filming – using wonderful prosthetics from @odd_studio! Bale was no stranger to prosthetics, wore them to become VP Chaney in VICE – now he was playing Gorr – coincidence? I don’t think…”

While discussing the next film with fandango, Thor: Love and Thunder Director Taika Waititi and star Chris Hemsworth discussed what Christian Bale brings to the role of Gorr and how audiences will see a different type of villain in the character. waitit said:

“I would say he’s the most likable villain they’ve had. He’s also tested the highest of any villain Marvel has had.”

Unlike many CGI-created villains in the movie world, Marvel has always tried to bring something that harkens back to the actors behind the characters in their movies. Even the CGI creation of Thanos has Josh Brolin at the heart of the character’s performance and appearance. As for Gorr, Chris Hemsworth added that Bale brings everything you would want and expect from the performance. He said:

“[He brings] exactly what you want, hope and expect. It’s a nuance, a complexity, a depth, a kind of quirkiness that I didn’t see on the page. And with any kind of classic villain, the fact that you find yourself empathizing or asking questions they ask, or ideas they ask, it’s not just kind of standard maleficent villain.”