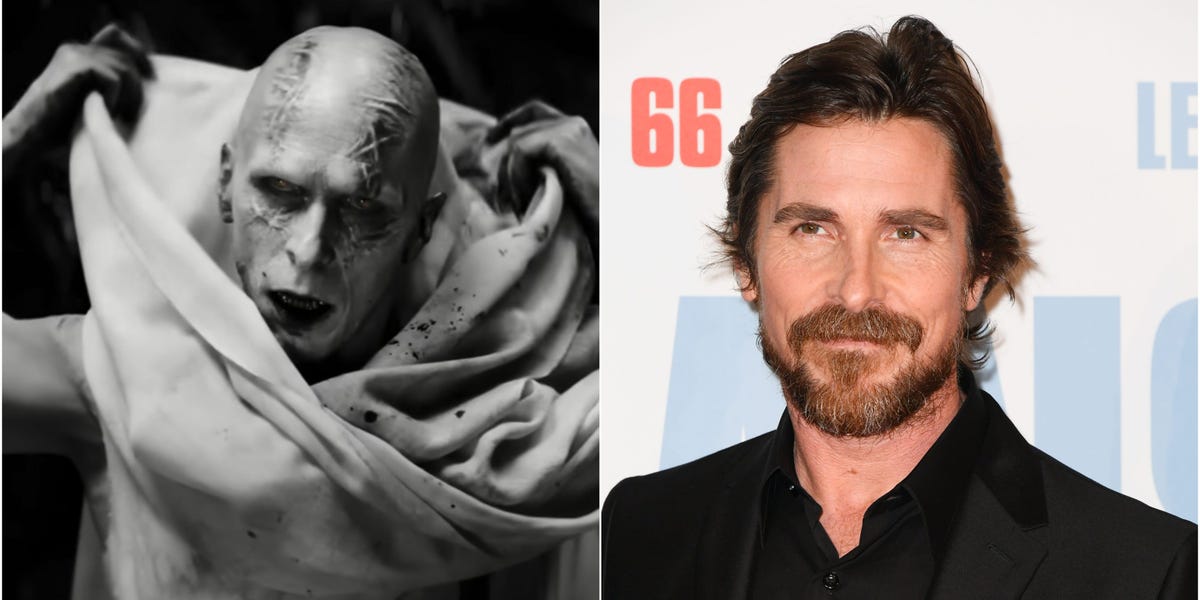 Christian Bale was initially concerned about his character’s look in ‘Thor: Love and Thunder’ due to costume requirements and body type.

While promoting the latest film in Marvel’s ‘Thor’ franchise, Bale spoke with Drew Taylor of The Wrap about embracing his character – Gorr the Butcher God – and translating the comic book character to film.

Bale, 48, said director Taika Waititi gave him Gorr the God Butcher comics before filming for prep, which caused him to take a break. In the comics, Gorr the Butcher God’s costume is quite revealing with only a cape and underwear.

“I glanced briefly and said, ‘He’s got a thong on. Nobody wants to see me like that,” Bale told The Wrap. “He was also muscular like crazy in the comics. And I was doing another movie where I was really, really skinny.”

“Man, nobody wants to see me in a thong,” Bale added.

Bale continued that there was no point in training to get muscular because of his co-star Chris Hemsworth.

“And there’s no point in training because you can’t compete with Chris,” Bale continued.

Instead, Bale told The Wrap that he and Waititi worked together to create a new look for Gorr the God Butcher. Screen Rant reported that Gorr the God Butcher appeared younger in the film and had some of his backstory changed. Bale’s rendition also wears a draped cape instead of the dark, thin, layered material depicted in the comic.

In a June interview with Total movieBale admitted he didn’t know what the MCU was until he agreed to play Gorr the God Butcher.

Natalie Portman, who plays Jane Foster/The Mighty Thor in the film, told In a Total movie in a separate interview, Bale looked terrifying in a suit.

“Children were running around screaming,” she said. “He’s got a very, very, very creepy look, plus, of course, his great acting. But, on this one, in between, he’d be like, ‘Hey, what’s up? It was just normal conversation, which was shocking, because he looked terrifying.”