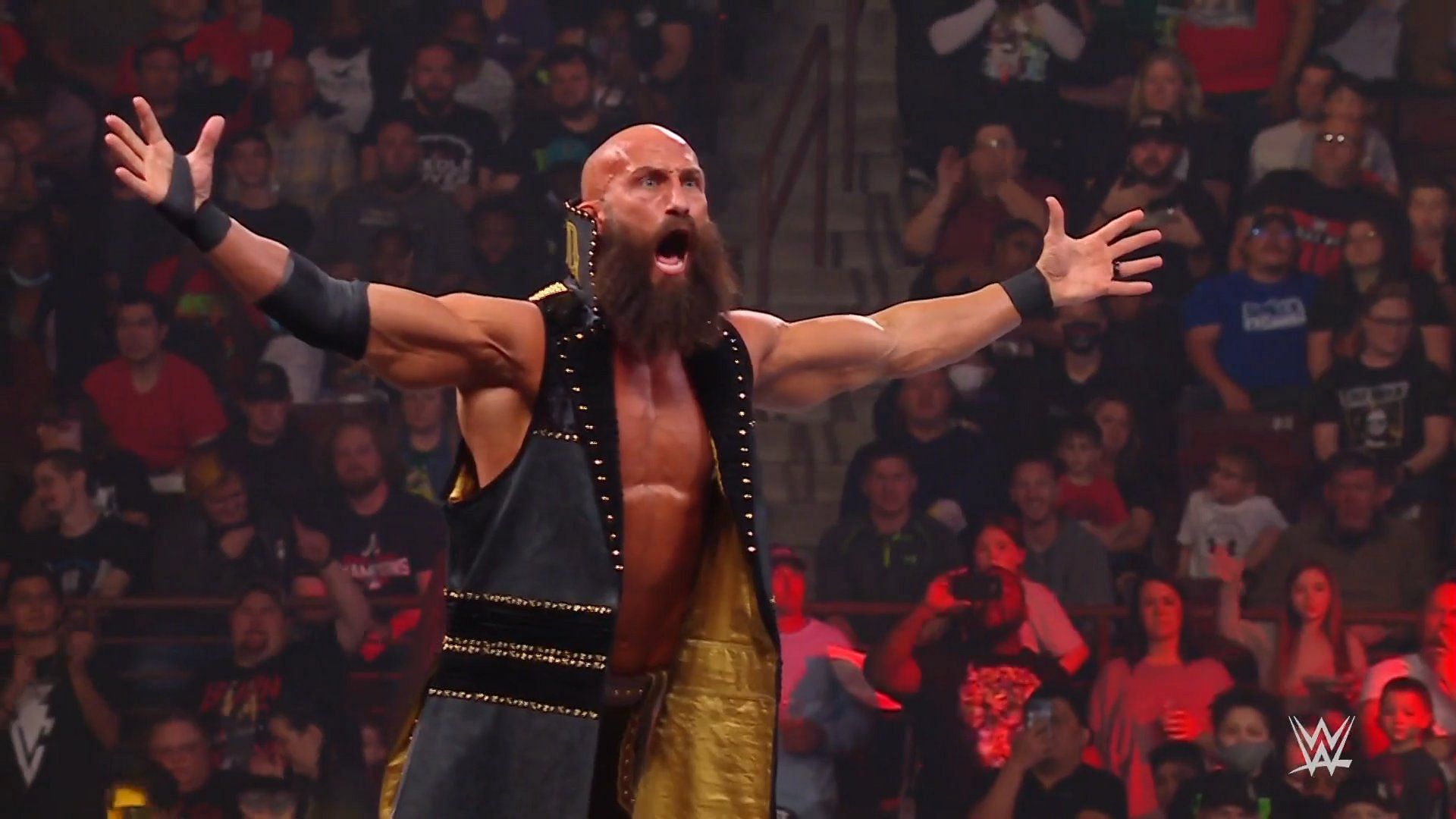 WWE Superstar Ciampa recently shared a spoiler for his appearance at the upcoming SummerSlam live premium event. The event will emanate live from the nearly 70,000-seat Nissan Stadium in Nashville, TN on Saturday, July 30.

The former NXT Champion has been aligned with The Miz for a few weeks now. The duo even faced off against AJ Styles and Ezekiel in a tag team match on the July 11 episode of RAW.

Although the 37-year-old is not announced for the biggest party of the summer, his partner will face Logan Paul in a match that has been in the works since WrestleMania 38 earlier this year. The man once called the Blackheart of NXT is expected to be in the corner of The A-Lister.

Ciampa recently spoke with Ringside Collectables as part of the Mattel and WWE exhibit at San Diego Comic Con. In the interview, he shared a “little spoiler” regarding his outfit this weekend:

“A little spoiler, but at SummerSlam the things we did gear-wise, are very different for me, definitely in the realm of the Miz. I’m so excited. I saw some pics and a preview of what it’s going to look like. It’s unreal. It’s awesome.” (05:37 – 05:58)

With Triple H announced as WWE’s Chief Creative Officer, could we soon see Ciampa in a bigger spot on the card? Only time will tell.

The first odds for match results at WWE’s upcoming premium live event, SummerSlam, have been released.

Although the odds, published by BetOnline, are quite early and by no means 100% correct, they may give some insight into WWE’s plans for this Saturday’s show. The odds show the favorite to win the match with the sign (-) and the underdog with the sign (+).

Here are the betting odds for SummerSlam 2022

Read also
The story continues below

How do you rate the current betting odds? Do you think any of the underdogs will emerge victorious this Saturday? Let us know your thoughts in the comments section below!

Find out which AEW star dubbed Paige a bad b**** here.