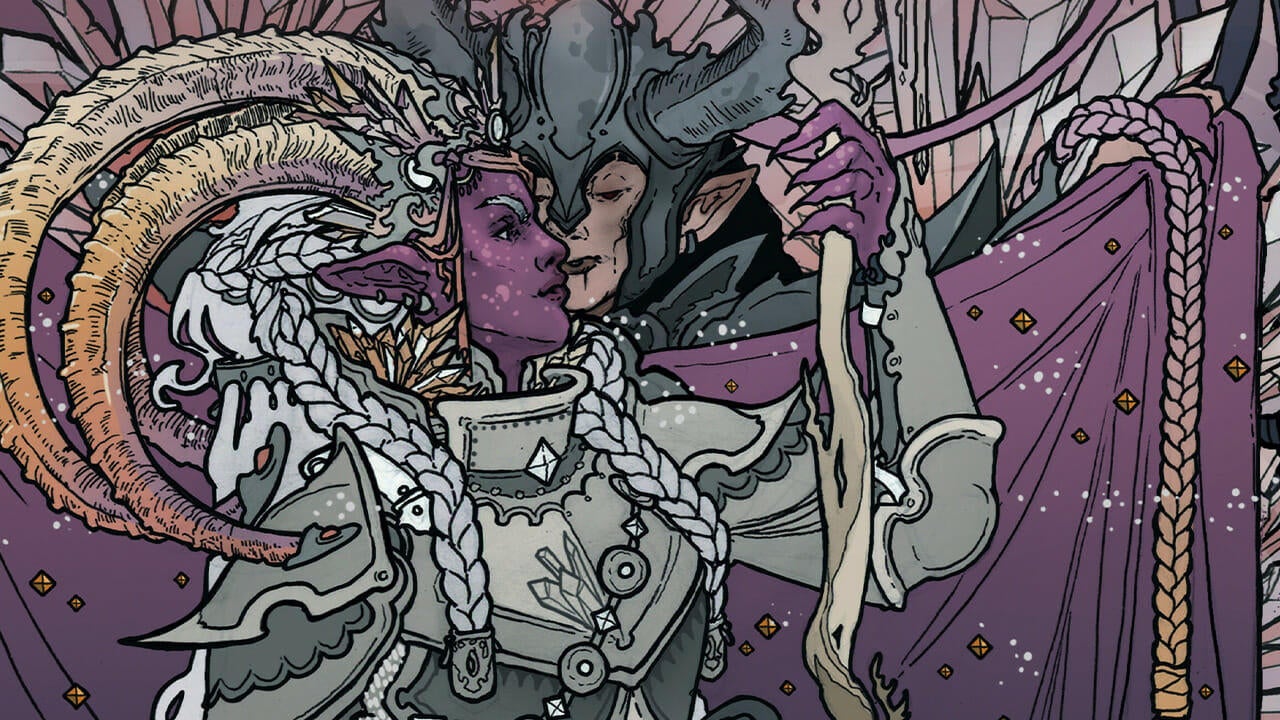 critical role the final comic contains a shocking twist that involves a key NPC from the second campaign. Dark Horse is currently posting Tales of Exandria, a new series featuring some of the many NPCs who have appeared in various critical role campaigns. The first miniseries focuses on the Bright Queen, the leader of the Kryn dynasty who rules over part of Wildemount, in a tale that takes place after she meets the Mighty Nein and allows them to help negotiate the peace between his nation and the neighboring Dwendalian Empire. .

When Dark Horse started publishing Tales of Exandria, some Critters have been surprised to learn that it takes place chronologically after Campaigns 2 and 3. However, this decision makes more sense after the events of Tales of Exandria: The Shining Queen # 2, which was released last Wednesday.

[Spoilers for Tales of Exandria: The Bright Queen #2 follows]

Tales of Exandria: The Shining Queen # 2 involves the aftermath of a surprise assault that led to the capture of Bright Queen Quana’s partner. The Luminous Queen learns that Lolth, the Spider Queen goddess responsible for creating the drow, is responsible for the ambush and has made Quana captive in the Abyss. Through the use of a ritual, the Shining Queen was able to briefly enter the Abyss layer where Lolth resides to save her partner. However, while saving Quana, the Bright Queen is confronted by Lolth and is killed. Quana manages to escape into the material plane and learns that the Shining Queen has always intended to sacrifice herself to save her.

As members of the Kryn Dynasty reincarnate through Luxon, the entity they worshiped, the Bright Queen noted that the Abyss was beyond the light of Luxon. Presumably, this meant that the death of the Shining Queen was permanent. However, the end of the issue gives the reader some hope, as we learn that Abrianna Mirimm, a key NPC in the Kryn dynasty, explains the death of the Brilliant Queen to a teenage drow. By the end of the issue, it’s clear that the Bright Queen has found a guarantee of her reincarnation despite her death in the Abyss. Whether the Bright Queen’s return is successful remains to be seen, as the nature of her return remains ambiguous. It is also possible that she suffers from typphros, a disease in which she is unable to reconcile the memories of her multiple lives. Plus, Lolth’s shenanigans are probably not over yet, especially since there are several other issues left in the comic book series.

Are you surprised by the death of the Bright Queen? Let us know in the comments section below and be sure to pick up the first two issues of Critical role: Tales of Exandria – The Shining Queen in comic book stores.