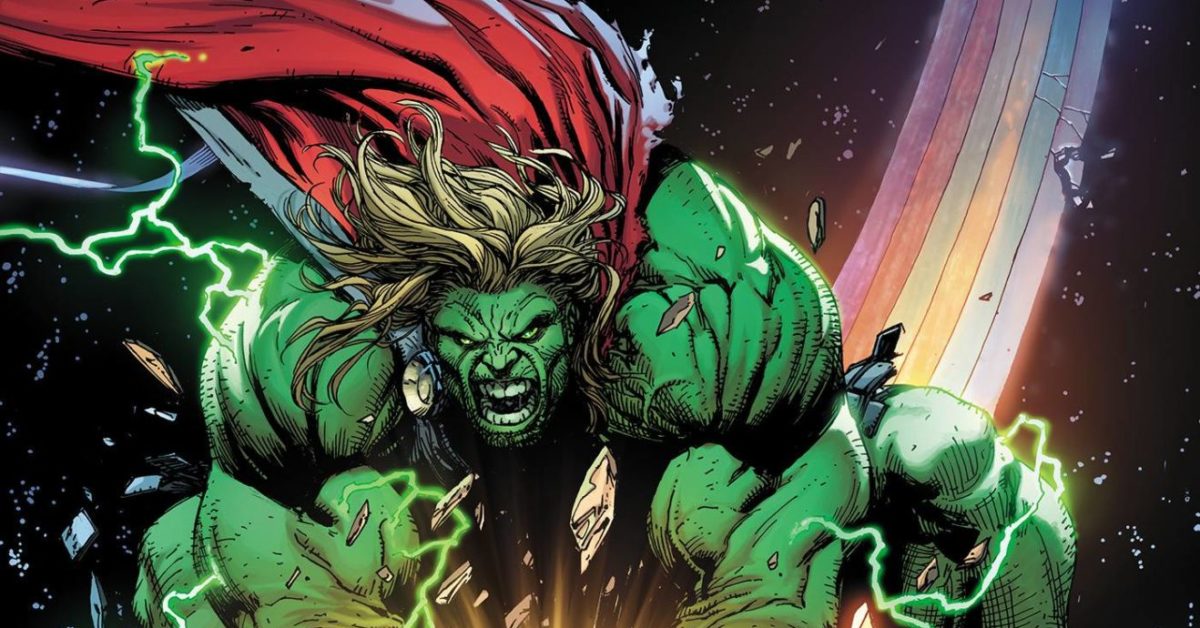 The upcoming Thor #26 following today’s Hulk #9 has some pretty gripping coverage for Hulk and Thor fans, as part of their Hulk/Thor Banner War crossover event kicking off right now.

Was Thor Hulked? Or was the Hulk Thorred? Well, the comic itself suggests the possibility of both, with Banner battling Celestial Iron Man and Thor, and looking for a new way out of the fray. But maybe not the one they expected.

Looks like the Hulk is kinda craving Jane Foster’s hammer. But no, that’s not the way. Instead, the Celestial Iron Man is unable to extract all of the gamma energy emitted by the Hulk…

And we get a 3000 x Gamma Bomb celestial event enveloping them all.

With an imagery rather evocative of that of the very first Pontoon #1 all this time ago.

Except of course, it’s not a gamma bomb. It was something much bigger and would have atomized anyone.

I mean, almost anyone.

What if Thor had a Hulk? Now he does. Are we going to call him…THULK? We’ve been here before of course…courtesy of Jeph Loeb and Ed McGuinness some fifteen years ago…

They just didn’t call him Thulk back then and I really think they should.

HULK #7
MARVEL COMICS
MAR220882
(F) Donny Cates (F) Martin Coccolo (CA) Gary Frank
“WAR BANNER” PART THREE! In the third installment of the epic crossover between the HULK and THOR series, Iron Man interrupts a pivotal moment in Hulk and Thor’s battle to settle a score. Equipped with new “Celestial Hulkbuster” armor of his own design, Tony is confident he can ensure Thor’s victory and Hulk’s capture. But sometimes what you don’t really know can hurt you…
RATED T+In Stores: May 25, 2022 MSRP: $3.99