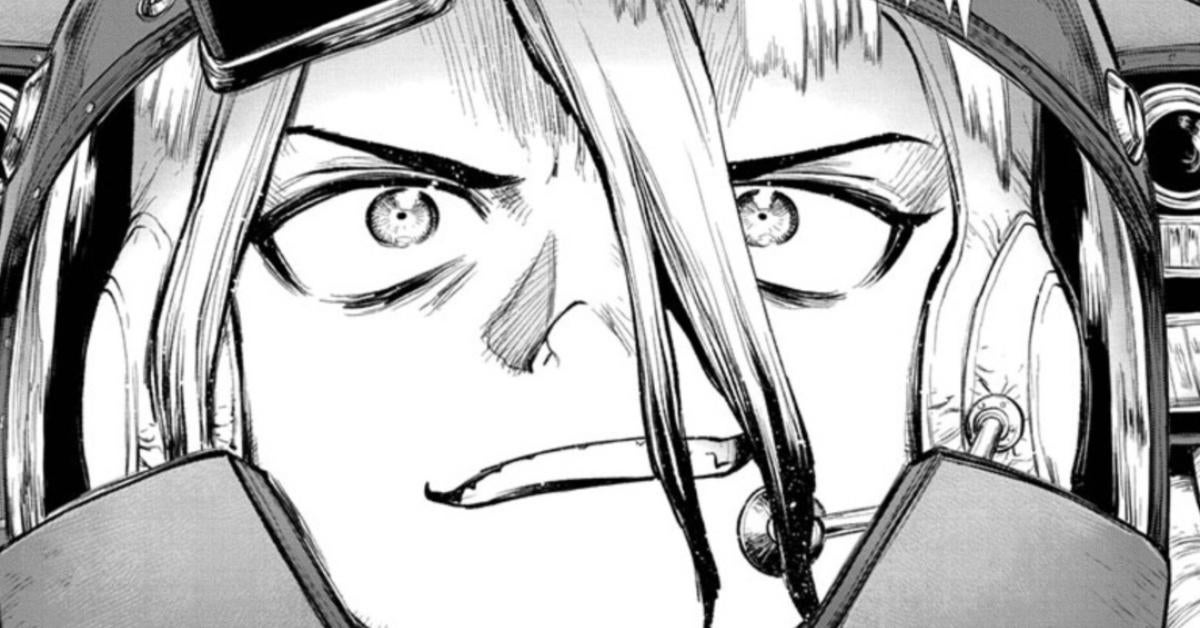 Dr Stone finally unveiled the true secret identity of the big bad villain of the series, Why-Man, with the new chapter of the manga series! The series explored the world of stone through its arcs as Senku Ishigami not only helped develop new technologies, but each time found clues to who had petrified the Earth in the first place. Dubbing this central character the “Why-Man”, it was discovered that the source of it all came from the moon and thus started a whole new scheme to travel to the moon and confront the villain directly.

The last arc of the series saw the people of Earth refrain from testing multiple rockets until one was successful enough to make the journey into space. With Senku, Kohaku, Stanley, and Ryusui boarding the rocket to the moon, the previous chapter dropped the major tease that they were finally able to directly confront the Why-Man. While fans had their theories on who this villain really could be, the series’ latest chapter revealed their identities in such a way that fans probably didn’t guess who it was.

Big #DrStone spoilers #DrSTONE228
–
–
–
–
–
The identity of Why-Man has been revealed…and it was the Jellyfish themselves that formed a hive mind! Def not planned! pic.twitter.com/FYuhF9a0PJ

Chapter 228 of the series picks up from the manga’s previous cliffhanger as Senku and the others spotted a patch of Medusa devices on the moon, and after being contacted by the voice of Why-Man on their communication device, Senku reveals that the Why-Man’s true identity is actually the Medusa devices themselves. These mysterious machines have bonded together to form the villain himself. It is now a question of seeing how they can communicate with this technology.

Senku realizes that jellyfish value their own survival and are a kind of technological parasite capable of growing even further by pushing intelligent life to develop. Much like they did with Senku in the Stone World, their use of petrification also seems to be intended to boost Medusas’ technological development. That’s why Senku offers more diamond batteries to help their survival and keep Earth safe, but soon the Jellyfish will reveal their own thoughts on why they did all this in the first place.

But what do you think? What do you think about this being the true identity of the Why-Man? Could you guess this one correctly? How do you like Dr. Stone’s final arc overall so far? Let us know all your thoughts on this in the comments! You can even contact me directly about all things anime and other cool stuff @Valdezology on Twitter!