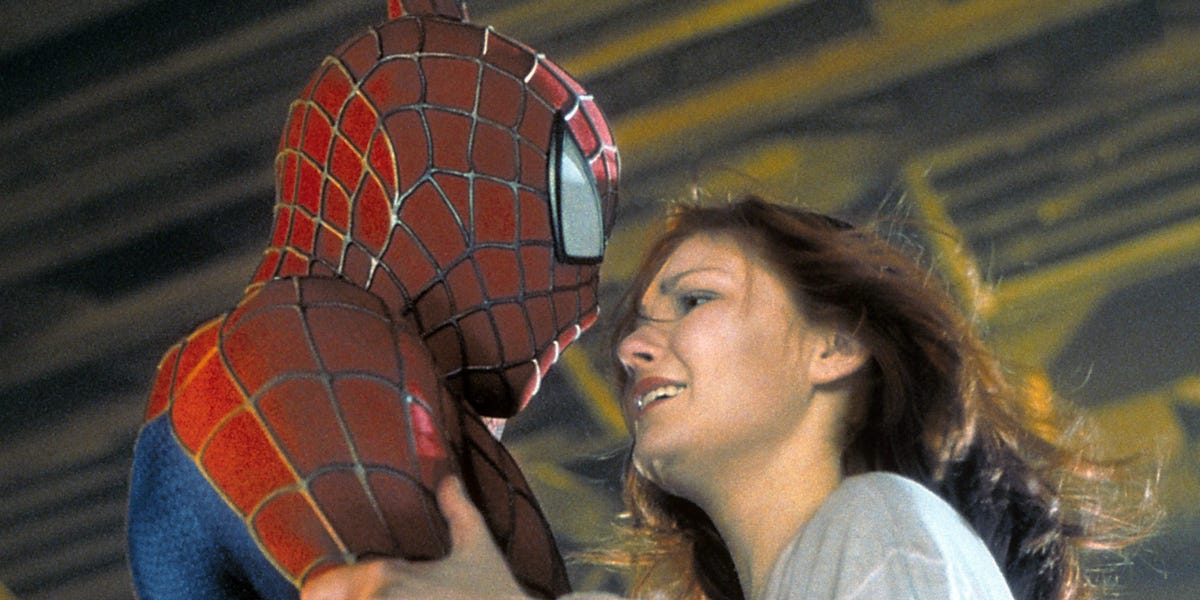 The Twin Towers can be seen in three shots of “Spider-Man”.

the original “Spider-Man” teaser featured bank robbers caught in a web between the two towers. The teaser then cut to a shot of Spidey with the towers reflected in his lens.

After the events of September 11, the scene was removed from the film.

“We didn’t think it was our right, in the middle of the summer after this terrible massacre, to show a scene of such grief for so many people,” Raimi told the New York Times in 2019. “I didn’t want to bring them back to the heart of this tragedy.”

Although some reports suggested that the film cleaned up other appearances from the tower, according to the film’s visual effects commentary, visual effects designer John Dykstra says that’s not true as there was nothing else to clean.

In fact, they added the turns at the end of the movie when Spidey walks through New York City.

You can spot the towers just before he jumps off a pole with the American flag, which looks like a tribute to the people of New York.

In addition, you can see the 56 minutes and 42 seconds laps in the background on a television in the office of J. Jonah Jameson.