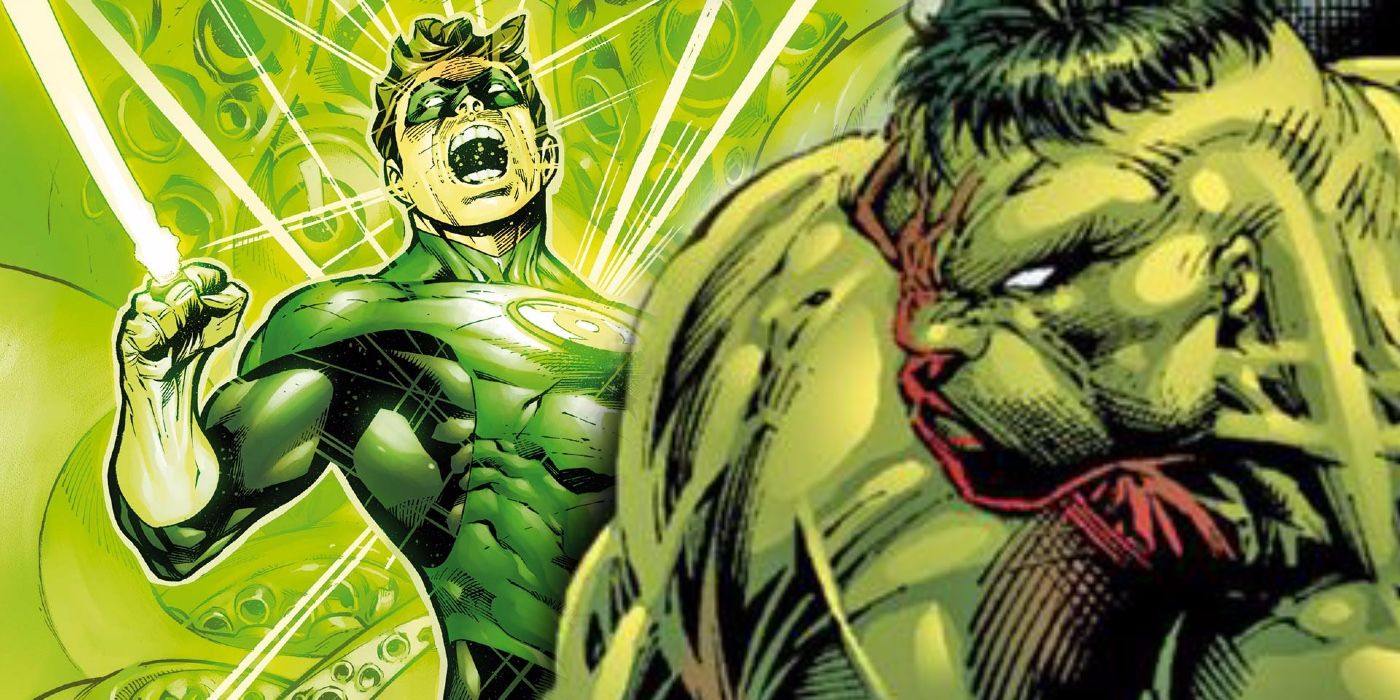 Marvel references DC’s Green Lantern as a mental patient in The Incredible Hulk #426, suggesting the DC Universe is an illusion.

Comic Book Fans Love Marvel And DC Crossovers, But One Of The Weirdest Was Unofficial Between The Green Lantern and Pontoon. Although both characters are known for being stubborn and green, it might seem like they don’t have much else in common. In this comic, Marvel suggests that the entire DC Universe is just an illusion.

After Mongul and Cyborg Superman destroy Coast City, killing its entire population, Hal Jordan is devastated. This leads him down the dark path to becoming Parallax, a supervillain bent on spreading fear and destruction. Grief-stricken, Hal loses control, killing everyone in the Green Lantern Corps and absorbing the Power Battery on Oa. There it also absorbs the parallax and is supported by the yellow impurity. Marvel addresses Hal’s instability in this storyline by introducing an alternate version of Jordan as a supporting character in The Incredible Hulk.

In The Incredible Hulk #426, written by Peter David with art by Liam Sharp and Robin Riggs, Bruce Banner is being held in a mental hospital. When a rampaging Banner attempts to free himself and find Betty, he rams into another patient, referred to as ‘Mr. J’. This man bears a striking resemblance to DC’s Hal Jordan and wears a green two-piece suit. Mr. J claims hold reality together through sheer willpower and closes his fist like Hal Jordan does when using his Power Ring Mr. J calmly tells Doc Samson that Bruce couldn’t have hurt him because ‘[his] power ring protects [him] mortal wound.’

While this appearance is likely a parody of Hal’s Parallax story, it also suggests that he may be the “real” Hal Jordan. Even here, his will is strong, though the use of wanting to believe in a false reality is debatable. It works well as a subtle dig into the wavering sanity of Hal Jordan, a fan-favorite character from Marvel’s oldest rival. In the past, DC fans have speculated that Batman’s adventures were all inside the head of a mentally ill Bruce Wayne locked up in Arkham Asylum. With this depiction of Jordan, it’s possible the entire DC Universe is just the illusions of a rambling man in green. When considering the implications of any DC existing solely in Mr. J’s head, it gets pretty grim. All of the Multiversal Wars, the losses and triumphs of the Justice League and the Green Lantern Corps, and the destruction of Coast City are a heavy burden for one man to bear. They may be fragments formed by past trauma experienced by Mr. J, imagining himself as a superhero to create an illusion of control over his life.

Is the Marvel universe the only “real” superhero universe? It could be that somewhere, The Green Lantern exists only in the mind of a sick man.

Rebekah Galer is a freelance writer for Screen Rant, specializing in DC and Marvel comics. While writing on the side, Rebekah is a pre-service English and history teacher based in Brisbane, Australia.