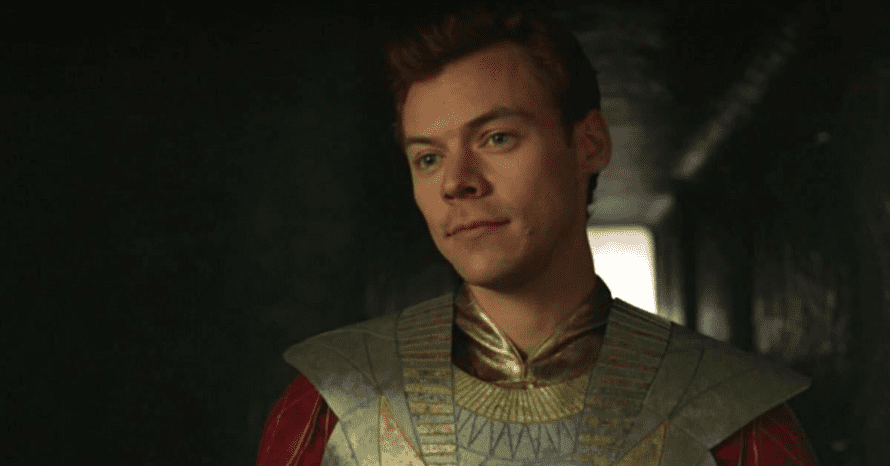 Harry Styles suggested he was in no rush to start his next acting role after appearing after the credits as Eros in Marvel Studios. Eternals Last year.

Harry Styles made his MCU debut during the credits of Eternals, in a scene in which he appears alongside Patton Oswalt’s Pip the Troll. Styles’ Eros, AKA Starfox, was introduced as another Eternal and the brother of the infamous avengers evil Thanos.

With the stage now set for Harry Styles’ next MCU appearance as Eros, the star said he might not be stepping back on set for a little while yet.

In a recent interview with Rolling Stone, Harry Styles revealed that he may be taking a little break from his acting career for the time being, possibly suggesting that Eros won’t be back in the MCU anytime soon.

“I don’t imagine I’ll be doing a movie for a while,” the singer said when asked about his recent stint in acting. While his Eternals The post-credits scene – and Marvel Studios President Kevin Feige – suggests that Harry Styles’ Eros will indeed return to the MCU, with that return perhaps not imminent.

Speaking about a potential return to cinema in the near future, Harry Styles said:

“I think there will still be a time when I feel like it. But when you make music, something happens. It’s really creative, and it feeds stuff. A big part of acting is doing nothing, waiting. And if that’s the worst, then that’s a pretty good job. But I don’t find this section to be so rewarding. I like doing it in the moment, but I don’t think I’ll do it a lot.

Harry Styles also said of his brief appearance at the end of Eternals “It would be funny if that was it, wouldn’t it?” While Eros likely has at least one full MCU adventure ahead of him, and potentially a whole lot more, it looks like it could be a while before fans can track down Thanos’ brother.

Here’s the synopsis from Marvel’s Eternals:

The story takes place over two periods. A storyline takes place in the past when they functioned as a great team and a close family unit. The second storyline is in the present, when the group has fractured and divided, content to live among humans, hiding in plain sight. The overriding threat of the Deviants, once again threatening the existence of humanity, means the Eternals must put aside their differences and band together.

Eternals is available to own on 4K Ultra HD Blu-ray, Blu-ray, DVD and Digital HD and also to stream on Disney Plus. Stay tuned for all the latest news on the future of the movie and Harry Styles’ Eros, and be sure to subscribe to the Heroic Hollywood YouTube channel for more original video content!