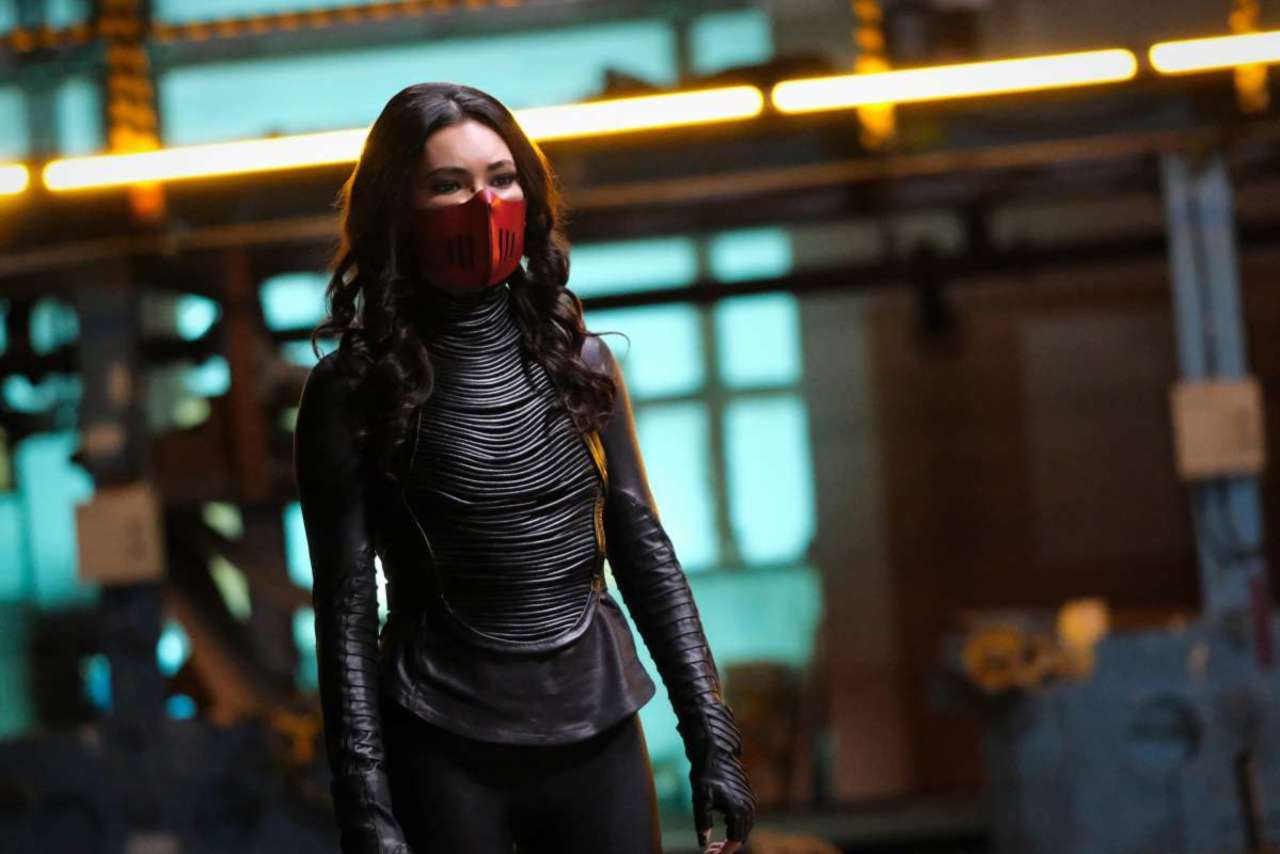 Here is everything you missed in “Rayo de Luz”

Last week on Flash, CÃ©cile faced her past, Joe had a disturbing lead on Kristen Kramer’s military past and Barry promised not to bring his project and that of Iris to start a family to work with them. This means that this week Team Flash is on their own while Barry and Iris take some time off. But instead of taking some free time on their own, Allegra quickly gives the team a very personal mission. Her cousin, Ultraviolet, is back in Central City and she is determined to win her back from the dark side.

But it will not be an easy task. Need to get you up to speed on the main details and stories of “Rayo de Luz”, this week’s episode of Flash? We are here to help you. Here are the main plot points for “Rayo de Luz”. Warning: Full spoilers for the episode beyond this point. read on only if you want to know.

Barry tells the team that he and Iris are going on vacation and that they will be off the grid for a while. Frost is back and the team is having a bad day. Chester wants to play Dungeons and Dragons, but Frost has other plans and leaves. Allegra receives advice from Citizen Tip Line on ultraviolet and goes to check it out. She later meets Chester and tells him that Ultraviolet is in Central City and that she needs to work things out with her cousin. At this point, Ultraviolet shows up to Jitters to confront her.

Cecile and Joe go through their research on Kramer and find evidence of a secret meeting between Kramer and someone else that could indicate that Kramer was part of the ambush that killed his unit. However, Joe is not yet fully convinced that she is a villain.

Ultraviolet isn’t really interested in any reconciliation with his cousin, and the two fight in Jitters. But before Ultraviolet can take out Allegra, Sue shows up and stops her. With the cops on the way, Ultraviolet leaves. To STAR, Sue explains that the rumors that Ultraviolet is in Star City are the reason she stuck around and is horrified to realize that all they have from Team Flash right now is Chester, Allegra and Caitlin while Frost is now radio silent. Because Ultraviolet is in town to kill someone, they have to stop him, even without Barry. Sue is able to understand where the Ultraviolet is going and has a device that can stop the Ultraviolet.

Sue and Allegra track Ultraviolet to the free clinic and use the device to shut it down. However, it turns out that the person she was trying to kill was the Doctor who she said had turned her into a monster, and not a brand she was hired to do. Sue and Allegra interrogate Ultraviolet at STAR and she tells them how she got her mask, revealing how the Black Hole surgeon cut her off. She claims he always does this to others and reveals his scars while blaming Allegra for everything that happened to her. Allegra agrees to work with her to find this doctor, even though Sue thinks it’s a terrible idea.

Joe goes to visit Kramer in his office and confronts her with the evidence he has gathered about her. He wants his side of the story. However, instead of talking to him about things, she tells him to get out and threatens to stop him if she tries to shoot him down. Joe talks to CÃ©cile and realizes that something is really wrong with Kramer. He thinks he might have to go see the governor now, but receives a message from her asking him to meet him.

Ultraviolet tries to train Allegra with her powers, but Allegra struggles. Sue steps in and pushes Ultraviolet to fight her, and Chester injures himself in the process. This reveals that the Ultraviolet may just be a lost cause after all, and she sets off to seek the doctor on her own. Chester is injured but will be fine. Sue implores Chester to convince Allegra to give up but gives him an idea instead. Sue goes alone to try to convince Allegra to stop. In the process, Sue reveals that by the time she was able to get her parents out of Black Hole, she couldn’t save them. They were too sunken and didn’t want to come out. Allegra retorts that it just means she has to pull harder to get them out.

Chester’s epiphany turns out to be Allegra’s tattoo, a ying-yang that inspires her. He can use Allegra’s powers to follow Ultraviolet and thus find her. Once they find her, Chester and Allegra will face Ultraviolet in the secret facilities of the Evil Doctor. At the establishment, Ultraviolet confronts the doctor who offers him a final experiment.

Allegra walks into the facility and gains the upper hand despite Chester’s best efforts, but Sue shows up to help, allowing Allegra to take on Ultraviolet. She finds it in the doctor’s lab. It is revealed that Ultraviolet made an agreement with the doctor. He will restore her voice if she kills Allegra and her entire team. They fight and Allegra tries to convince her cousin not to believe the Doctor, but the Doctor goads Ultraviolet. She tries to hit her with a deadly blast of light, but Allegra meets her with her own powers. Allegra’s powers increase, fueled by her love for her cousin, literally transforming Allegra into a brilliant being briefly.

The bad doctor ends up being arrested and back in STAR, Allegra talks to Ultraviolet and explains that she was thinking of her family when her powers improved. She also tells Ultraviolet that they’ve got the doctor’s records and Caitlin thinks they can cure her for good.

Joe meets Kramer at a bar and she tells Joe that she understands why he was suspicious. She then gives him a picture and tells him the whole story. The soldier who betrayed his unit is his “brother” Adam Krake and they grew up together. She didn’t know he had sold them, but the day before he had tried to convince her not to go. She faces the guilt of not realizing it because everyone is dead and she feels like she failed because she was blind to someone she loved. After opening up to Joe, she asks him to help her find Adam because she trusts him.

Sue decides to stay in Central City and not to abandon her family. Frost catches up with Chillblaine in an alley. He was released from prison for becoming the state witness, much to Frost’s surprise as she planned to bring him back to prison.