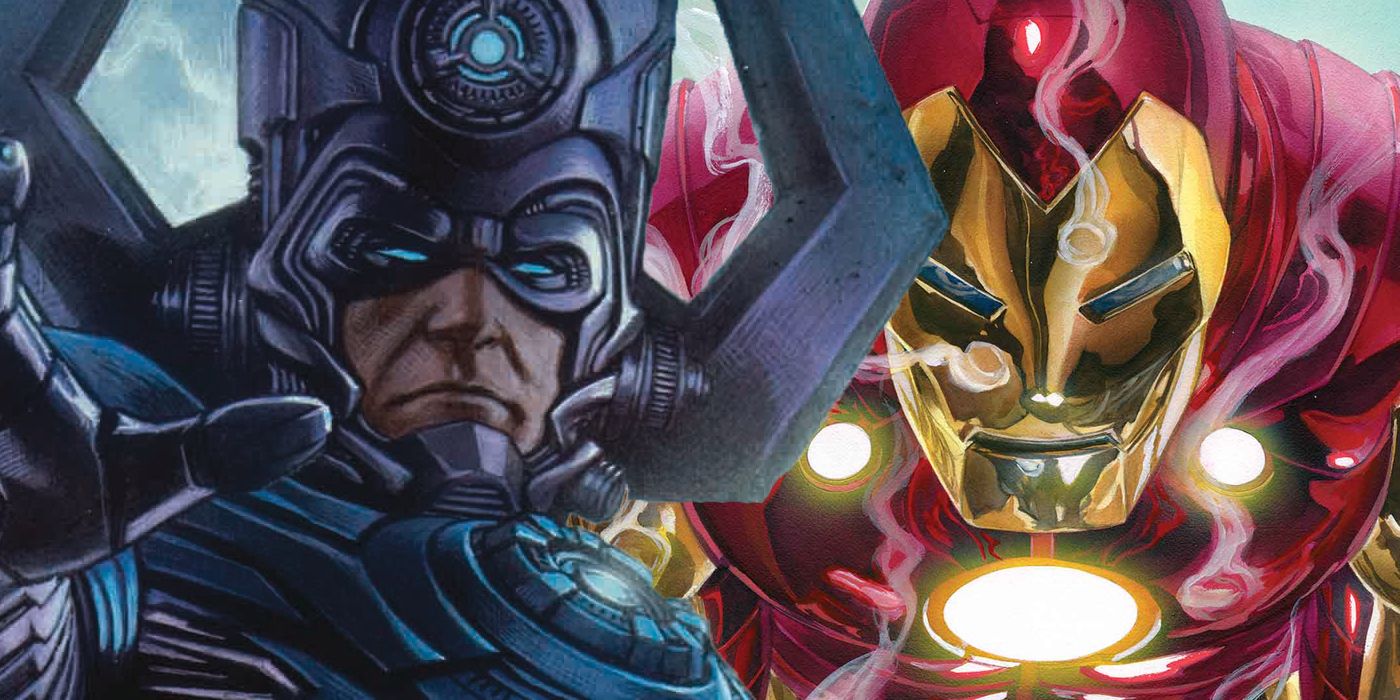 Tony Stark is out of control with his new godlike powers, like Iron Man just used them to effectively become Marvel’s new Galactus. In Iron Man #17, those closest to Stark attempt to strip him of the Power Cosmic, resulting in the hero melting Silver Surfer and eliminating Doctor Doom. The comic shows Iron Man being at the same power level as the Eater of Worlds.

Tony Stark became the Iron God, as he gained the Power Cosmic from Galactus’ Worldship Taa II while trying to prevent Korvac from obtaining the Incredible Power Cosmic. After defeating Korvac, Iron Man returned to Earth and immediately decided to show off his newfound abilities by making everyone in New York as smart as himself. However, the Avengers and Stark’s closest allies were immediately concerned that he possessed reality-altering power, leading Hellcat to seek out Doctor Doom to come up with a plan to stop him. But readers have just found out that stopping the Iron God is nigh on impossible.

In Iron Man #17 by Christopher Cantwell, Ibraim Roberson, Angel Unzueta, Frank D’Armata and Joe Caramagna of VC, New York has been thrown into chaos following Tony Stark’s gift of a genius intellect. Although there were many scientific breakthroughs and diseases cured, the villains used their new brains to take over the world at an alarming rate – as the iron god used his powers to reduce the criminal’s IQ to 80 Meanwhile, Hellcat, Doctor Doom, and Team Iron Man are visited by the Silver Surfer, as they plan to use his powers to activate a bomb-like device that would rob Stark of his powers. Unfortunately, the sneak attack fails dramatically.

After Iron Man learns the meeting was a ruse, Silver Surfer sends a powerful blast of cosmic energy at Stark, quickly knocking him to the ground. At the same time, Doctor Doom tries to use magic to stop Stark but is incinerated by cosmic power obtained from Galactus’ craftworld. After Surfer reassembles, Stark melts him with his god-like powers and kills all of his team members besides Hellcat.

Ultimately, Iron Man became a Galactus-level threat to the Marvel Universe as he uses the Power Cosmic to manipulate reality in his image. Melting Silver Surfer and destroying Doctor Doom shows that his powers are at the level of the Eater of Worlds – which was already highlighted in his planet-throwing battle against Korvac. It’s clear that Iron Man has lost control as an iron god and has effectively become Marvel’s new Galactus. However, his brutal murders are not for cosmic balance, but for ego and control. Readers can find out more at Iron Man #20 is in comic book stores now.

Next: Captain America’s Most Gruesome Is Marvel’s Other ‘Thing’

Marvel’s First Villains Make a Bloody Return: Who Are the Morani?