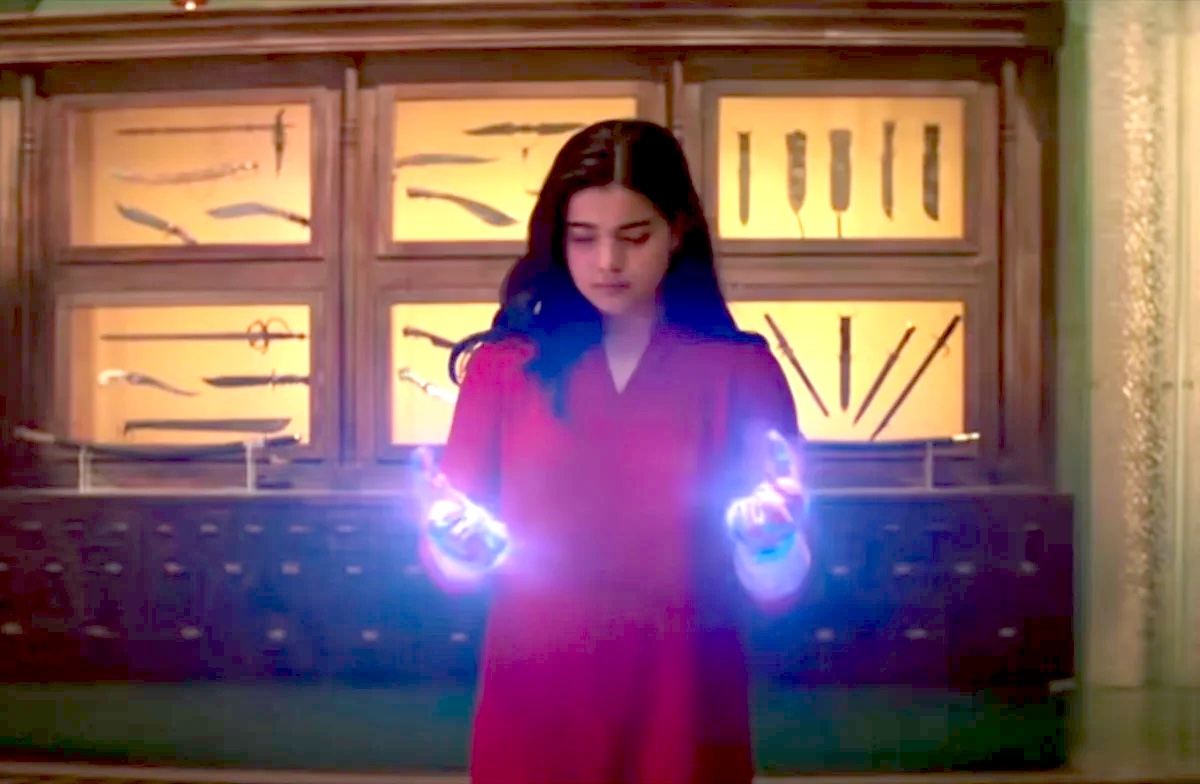 As sad and ridiculous as it sounds, yes, “Christians Against Ms. Marvel” does appear to be a legitimate Facebook group. Ms. Marvel is a kid-friendly PG series that premiered on Disney+ on June 8, 2022. It is the last Marvel original series to air on Disney+ and will set up the next Marvel movie Wonders. Iman Vellani, who plays Kamala Khan in Ms. Marvelwill reprise her role in the film, alongside Brie Larson and Teyonah Paris.

Ms. Marvel follows Kamala Khan (Vellani), a Pakistani-American Muslim teenager, who struggles to fit in with her peers and spends her days fangirling over Captain Marvel. She struggles with typical teenage issues, like failing her driving test and having strict parents who won’t let her go to Avengers Con. However, everything changes for her when she gains superpowers and becomes a full-fledged superhero named Ms. Marvel.

Since the first episode of Ms. Marvel aired, it received widespread acclaim. The series is fun, representative, authentic, and Vellani’s performance is nothing short of amazing. Viewers have been eagerly anticipating this show as it is the first on-screen Marvel series led by a Muslim superhero. Meanwhile, young audiences, in particular, were eager to see themselves portrayed on screen by Khan. Sadly, of course, Islamophobes, homophobes and misogynists have come crawling out to attack this series for innocent children.

While fans enjoyed the premiere of Ms. Marvelsome have discovered a disturbing Facebook group titled “Christians vs. Ms. Marvel.” The private group seems legit – in the sense that it’s not a hoax, not in its ugly view – since it has nearly 15,000 members. The group was apparently founded by a man named Wade Wilson. This might make many think it’s a joke, since it almost seems like Deadpool created this group. However, whether it’s a random or intentional coincidence, the Founder’s name leads to the page of a man who clearly isn’t Deadpool. This Wade Wilson has several hundred followers and his biography indicates that he enjoys talking about Jesus Christ. Many rants against Marvel and Disney are visible on his page.

In the group’s description of “Christians Against Ms. Marvel,” the writer describes the show as a “slap in the face for conservative Christians.” This blames Disney for choosing a “gay Muslim”, rather than Carol Danvers, to lead the franchise, meaning that this group likely didn’t even watch the first episode or read the comics. Khan isn’t a lesbian in the comics, and there hasn’t been any exploration of her sexuality on the show yet, either. The group also laments the fact that apparently we won’t be getting any more “white Christian characters” from Marvel. Of course, the group seems to be led by those who identify as “white Christians” as they close their rant by insisting they won’t be “cancelled”.

The twisted story of “Christians Against Ms. Marvel”

What makes this band even more ridiculous is learning that they’re actually not new. On the group’s page, anyone can view its history and see that it has existed under many different names over the years.

It was founded in 2020, under the name “Twisted Tea for Mitch McConnell”. However, several months later it was changed to “Christians Against The Loki Series”. In the group history, you can see that the name has been changed about 9 times in total. After Lokithe named group changed to “Christians Against The Little Mermaid II” and, in later iterations, “Christians Against” Shang Chi and the Legends of the Ten Rings, Spider-Man: No Coming Home, Eternalsand turn red. They were also apparently “against” just Disney in general at one point. More recently, they were against Doctor Strange in the Multiverse of Madness.

Private group for homophobia and racism

If you’re trying to figure out what in the world these folks might possibly find to be “against” in any number of Disney and Marvel movies and shows, you’re not alone. Unfortunately, it’s clear that if a movie or TV show simply doesn’t have an all-white, straight cast, it becomes a target for this group. The level of racism, homophobia and hatred in the mere names and descriptions of this group is disturbing enough. We certainly can’t imagine the kind of vile things that are being said within the private group.

All we can really do is expose these people for their hatred and intolerance. In the meantime, let’s celebrate Ms. Marvel always gets amazing reviews and that so many people love Vellani. As much as others might not like it, progress is being made in representation and inclusivity, and no ridiculous Facebook page is going to stop that.

—The Mary Sue has a strict commenting policy that prohibits, but is not limited to, personal insults towards somebodyhate speech and trolling.—

Got a tip we should know? [email protected]