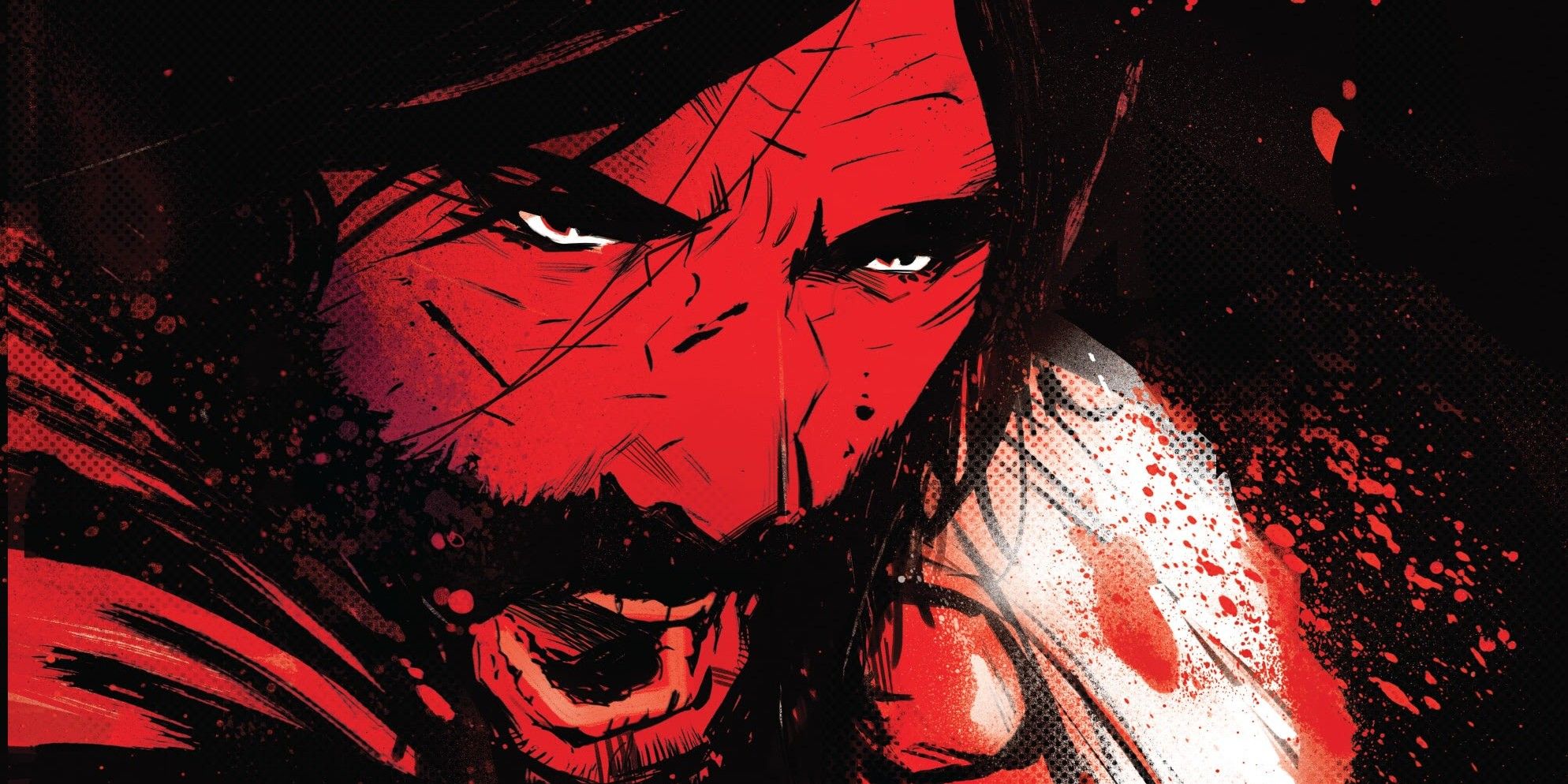 Keanu Reeves’ hit hit, BRZRKR, asks questions about superhero lore, and whether we’re only fighting to ease the pain of emotional loss.

Warning: Spoilers ahead for BRZRKR # 5, which is a MATURE comic

Why do we fight and why do we love? These are the questions of Keanu Reeves BRZRKR asks in his usual, visceral way, as the brushstrokes of this artistic dilemma appear to be painted mostly red. It was a raw and heartbreaking run in the hit released by Boom! Studios, but it looks like this story of violence and chaos has only just begun, as the larger form of Reeves’ philosophical message begins to emerge. As the reader takes the reader through the adventures of the analogue of Reeves B. and the bloody span of its 80,000-year life, a pattern begins to form in the inevitability of violence throughout its existence and the apparent futility of love.

BRZRKR, written by Reeves and Matt Kindt with art by Ron Garney, has come a long way since he started just five issues before. Begun as a typical overkill monstrosity thread, the ploy being the incredible amount of violence depicted in the comics, the series has already moved on to some pretty comprehensive existential philosophical questions regarding the nature of its tortured hero. An inexorably indefatigable and ruthless warrior, B. is also an austere and deeply tragic figure, who makes a deal with the US government to perform covert operations in exchange for uncovering the secret of his immortality, so that he can finally die. Being a half-mortal, half-god figure related to the ancient demigods of the past, the first four issues mainly concern her origin 80,000 years ago as a young member of a tribe born to a human mother as a result of ‘a strange religious ritual, a child of brutal, violent impulses that ultimately fail to protect the village he was born to save.

The fifth and final issue of the 12-issue miniseries sees further events happening after B.’s village fell, focusing instead on her past romantic experiences. The issue opens with B. discussing the music at home with the charming scientist studying him, Diana Ahuja, in a distinctly cynical fashion. B. says that no matter what the song is, there is always a lost, lonely voice deep in it, begging for some kind of connection. The story then quickly develops to describe another heartbreaking aspect of B.’s hellish life, that he is unable to produce living offspring, and has seen many lovers over the course of his life grow old and die while he is stay young and alone. In this way, love, which is apparently one of the only reasons we fight for anything, turns out to be just another source of pain for B.

In this regard, Reeves and Kindt suggest that B.’s life of brutal war and horrific violence is in some ways preferable to her over any joys domestic life might bring her, as the pain of seeing her partners deliver babies. stillbirths and then wither away and die in old age is actually much greater than being literally torn limb by limb. That, combined with his innate impulse toward violence, keeps him on the path to bloodshed today.

This concept only gains weight when juxtaposed with the superhero culture that continues to dominate comics as well as the wider media landscape: what is the ultimate message this fantasy warrior culture sends to its audience in these constant narratives of violence when taken in their logical scope? In B.’s case, it seems to be taken as a pessimistic lesson: that this enduring glorification of violence is due to the inherent discouragement of the human condition and its difficulty in dealing with emotional pain. B.’s philosophy seems to be that it is better to fight enemies that we can defeat on the battlefield than those that remain below the surface, forever in our thoughts. Anything is better than a broken heart and the sting of inevitable failure.

Is there a release from pain, or is B. doomed to suffer eternally? BRZRKR # 5 is on sale now, wherever the comics are sold.

Andrew Firestone is a writer of sentences, paragraphs, chapters and words, culture enthusiast and hard news junkie from Allston, Massachusetts. Editor, sound engineer and evangelist of all things awesome he’s struggling with a all-consuming dread / fear of Alan Moore so be nice. Formerly a writer for the public interest in local government, Andy is a graduate of Lesley University with a BA in English Literature. He likes loud music and soft music and sometimes in between.

Trailer or new presentation coming to an insider