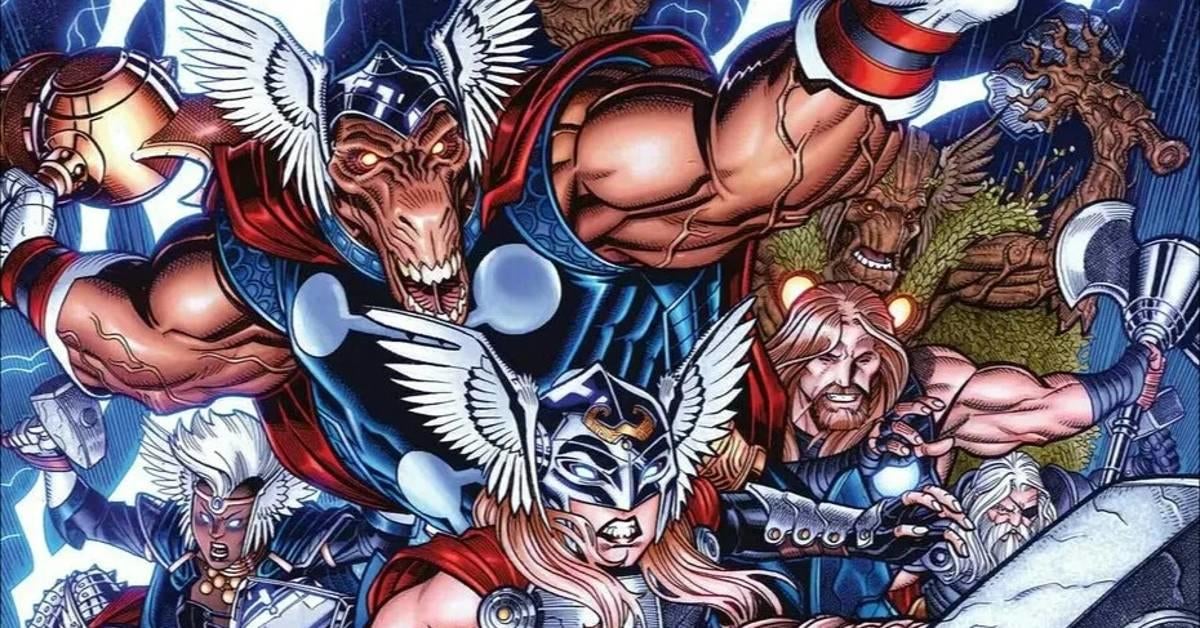 Thor: Love and Thunder This might not be the last time fans encounter other versions of the God of Thunder. Natalie Portman returns to the Marvel Cinematic Universe as Jane Foster in Thor: Love and Thunder, reprising the role of The Mighty Thor alongside Chris Hemsworth. As Marvel looks set to pass on iconic mantle like Captain America and Black Widow to a new generation of heroes, we could have two Thors operating in the MCU by the end of the fourth movie. According to Marvel Studios President Kevin Feige, the comics may hold clues to even more versions of Thor debuting in the future.

“There are these things called comics that have a lot of stories. And that’s where all of our stories come from,” Feige said during the Thor: Love and Thunder press conference (via /Film). “What if the question is, ‘Have you told all the great horror stories from the comics and the movies?’ The answer is no. There are a lot. And I’ve always said that our interest in doing additional stories was a bit to continue the character. It’s almost entirely about continuing the experience with the actor and to be able to see – I’m thinking of all of our cast not as individual characters, but as Marvel players, who within that character can grow and evolve and change and if we look to the comics as our guide, it there are many more incarnations of Thor that we haven’t seen yet.”

Thanks to the introduction of the Multiverse, fans have already encountered a Thor in the Loki Disney+ series. Throg, the frog version of the god of thunder, made a small appearance in the series, and Thor: Ragnarok had an easter egg for Thor’s ally, Beta Ray Bill. Even if Chris Hemsworth were to finally step down as the Marvel hero, one of these characters, or even Jane Foster, could continue to fight for the Nine Kingdoms.

Secret Warsthe event that all of these multiversal shenanigans are supposed to set up, had a tie-in miniseries titled Thorsof The powerfull Thor co-creator Jason Aaron and artist Chris Sprouse. It featured several Thors from the multiverse, including The Mighty Thor, Throg, Ultimate Universe Thor, Beta Ray Bill, and many others, who served as a police unit for Battleword which was called the Thor Corps.

Natalie Portman trained for more than ten months to get into superhero shape to reprise her role as Jane for the first time since 2013 Thor: The Dark World. The only movie magic used to improve her physical appearance was to make her taller.

“The only thing we helped with was making the Mighty Thor a little bigger,” Feige said. Total movie. “That was the only movie magic we used. Everything else was her.”

Which Thor would you like to see Marvel introduce next? Let us know in the comments! Thor: Love and Thunder hits theaters on July 8.