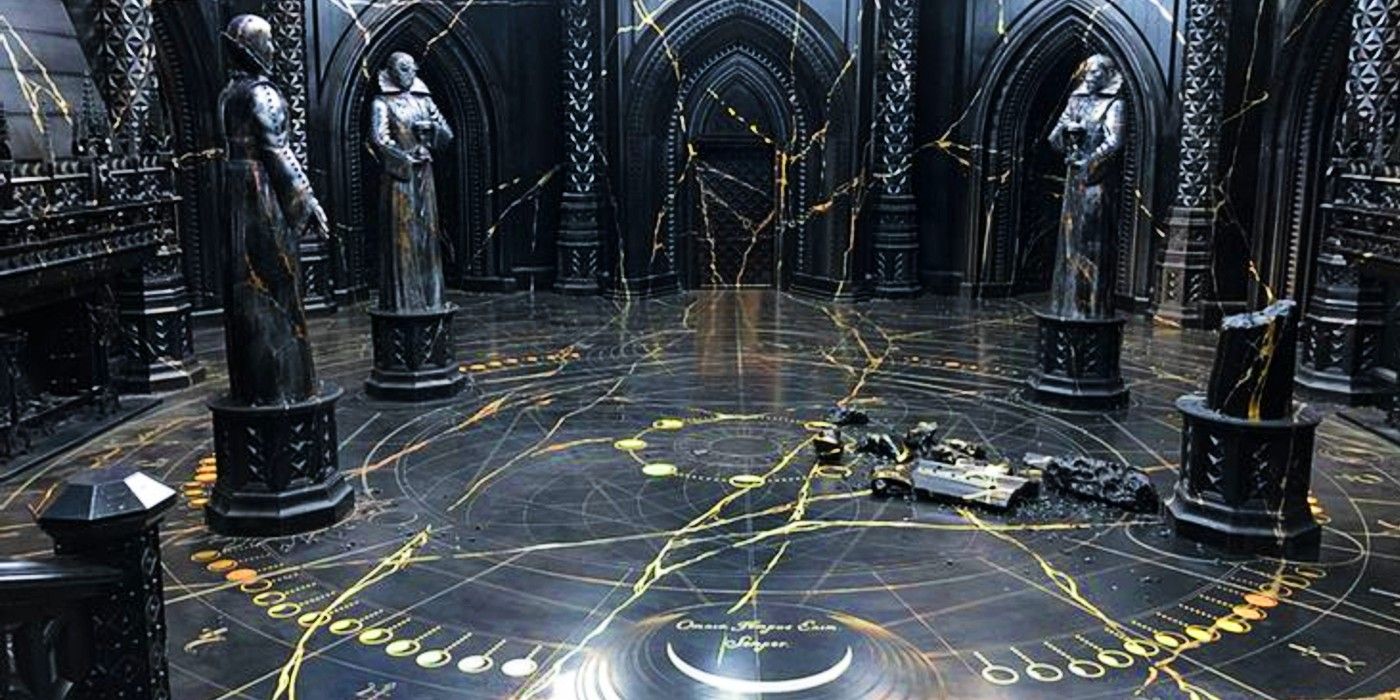 With the release of new concept art for the Disney + series, Loki’s production designer Kasra Farahani is teasing the existence of a fourth Time Keeper.

WARNING: The following contains spoilers for the Loki Season 1 finale, “For all time. Always.” now streaming on Disney +.

Three Timekeepers are pictured throughout Season 1 of Loki, whether through VAT statues or robot puppets kept hidden for millennia. However, in the season finale, Episode 6, “For All Time. Always,” when Loki and Sylvie reach the Citadel at the End of Time, there is a fourth broken Time Keeper statue on the ground. In an interview with Vanity Show, Farahani was asked to clarify this detail. “I can’t say anything about it, unfortunately, but the answers will come,” Farahani said.

Along with the release of the show’s concept art, Farahani explained his inspiration for the End-Time Citadel, the massive castle that housed the season’s big bad, The One Who Remains (played by Jonathan Majors). “I believe whoever is left built it,” Farahani said. “Probably the greatest influence was Xanadu from Citizen Kane and Hearst Castle [the real-life inspiration for Xanadu] Therefore. That eccentric person who shakes around this great citadel. ”Director Kate Herron also recently said that Majors’ character was directly inspired by the man behind the curtain in The Wizard of Oz.

The Fourth Guardian of Time Statue isn’t the only thing in disrepair in the Citadel. On the contrary, according to Farahani, the intention behind the design of the citadel was to appear dilapidated, while the office of the One Who Remains was the only part of the castle in perfect condition.

“I pitched this idea that he had retired to the office at the time. The atrium, [where] you see the 13 foot tall statues of the Sentinels of Time and the room with the giant watch and the statues of the timekeeper… it looks like he has withdrawn from these places and they are in bad shape ” , said Farahani.

Keepers of Time were introduced to the Marvel Cinematic Universe in Loki Season 1 as the Cosmic Beings responsible for ending the Great Multiversal War and creating the Sacred Timeline. However, it was revealed that they were nothing more than androids created by He Who Remains (voiced by the majors). While the fourth Time Keeper is not mentioned in Loki, he appeared in a 2005 Fantastic Four comic book titled Divine Time: Part 2, written by Roberto Aquirre-Sacasa. In the comics, he was banished to Egypt in 2950 BC by the three main timekeepers for some reason and warns the Fantastic Four against Kang the Conqueror’s son Ramades.

The End Times Citadel, along with the destroyed statue of the Timekeeper, appear in the Season finale of Loki. All six episodes are available to stream on Disney +.

Emily Zogbi is a writer from New York and an editor at CBR. Despite having a Masters of Fine Arts in Poetry, Emily mostly enjoys talking at length about the MCU and why the 2009 Wonder Woman animated film is the best. She would have liked to be a dancer. You can follow Emily on Twitter at @emilyrosezombie.

Ms. Marvel and Hawkeye Premiere Set for this year on Disney + – / Film