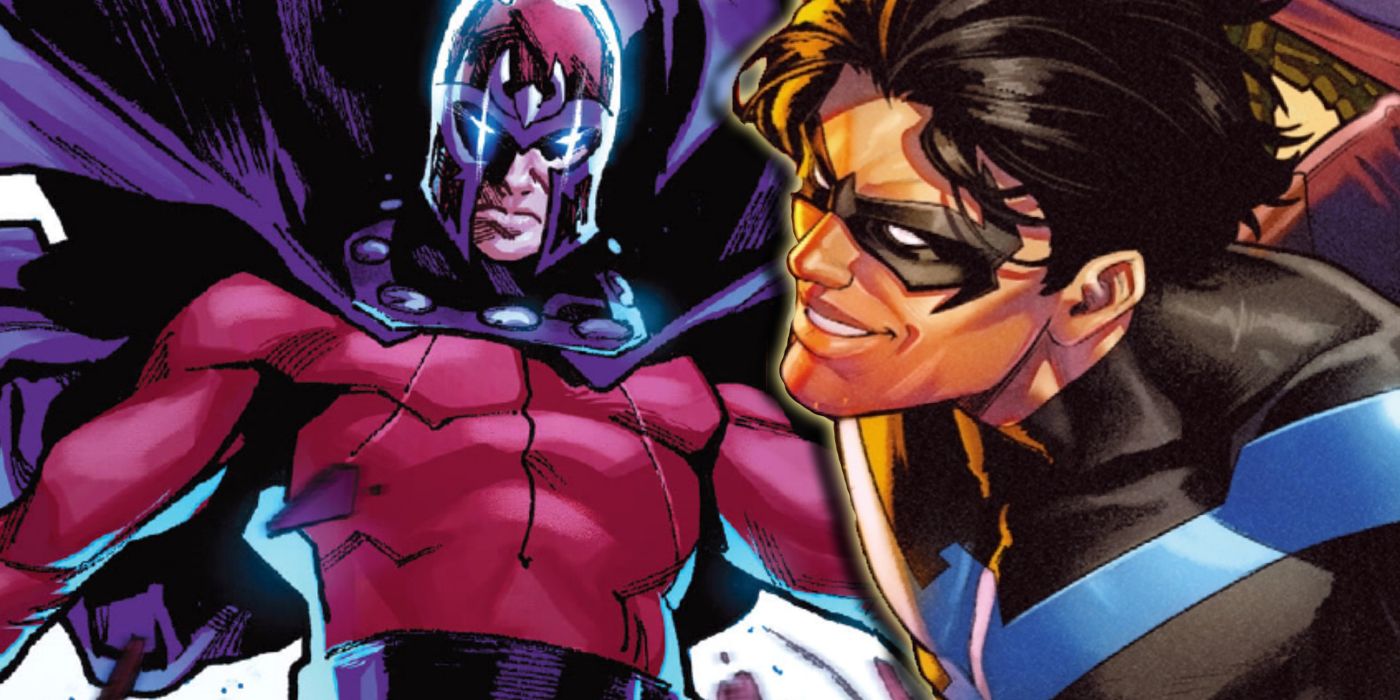 Each week, CBR has your guide to navigate new and recent comic book releases, specials, collected editions and reissues, and we’re dedicated to helping you choose the ones that are worth your hard-earned money. It’s a little slice of CBR that we like to call Major issues.

If you wish, you can purchase our recommendations directly from comiXology with the links provided. We’ll even provide links to books we’re not so hot on, just in case you don’t want to take our word for it. Be sure to let us know what you think of this week’s books in the comments! And as always, SPOILERS BEFORE!

Over half a century ago, the debut of the Fantastic Four kicked off the modern embodiment of the Marvel Universe, and Marvel celebrates 60 years of the team.e birthday with The Fantastic Four # 35. This stand-alone number presents a fantastic main story by Dan Slott, John Romita Jr., JP Mayer, Scott Hanna, Cam Smith, Rafael Fonteriz, Mark Morales, Marte Gracia, Erick Arciniega and Joe Caramagna. The story ostensibly centers around several variations of Kang who team up to take on the FF at various points in their history.

This issue marks Romita’s first major work on Marvel in years, and the seasoned artist delivers impressive and jaw-dropping work throughout. Along with some clever design choices in the main story, this issue also includes an adorable short by Jason Loo and a compelling extension of FF’s origin by Mark Waid, Paul Renaud, and Caramagna.

After being relegated to teachers in Teen Titans Academy, United Titans # 1 puts former DC Titans back in the spotlight in a new miniseries from Cavan Scott, Jose Luis, Jonas Trindade, Rex Lokus and Carlos Mangual. With a roster of heroes including Superboy, the Red Hood, and even an appearance from Hawk and Dove, this team is clearly meant to look like the Titans team from HBOMax, but still offers a fun and accessible adventure with the young heroes of DC. .

In the issue, the Titans face off against a young man blessed with a mysterious set of powers that seem to affect their own abilities as some of the team’s more aggressive members stick together. With solid art and a solid understanding of the characters, this debut issue presents a solid starting point for fans of the series.

Batman ’89 # 2, by Sam Hamm, Joe Quinones, Leonardo Ito and Clayton Cowles returns to the world of Batman films from director Tim Burton. This issue shines a light on versions of Robin and Harvey Dent that have never appeared onscreen, and expands Gotham City’s ground version to this world. With a surprisingly timely turn, the problem takes these two characters in unexpected directions that make it far more than a retread on their wellworm origins.

The artistry of Quinones and Ito remains strong, and their dynamic storytelling is accentuated by crisp visual references to Batman lore. Even though Batman only appears in costume on a few pages, this issue finds a gripping story in the city he protects.

In X-Men: The Magneto Trial # 2, Leah Williams, Lucas Werebeck, Edgar Delgado, and Clayton Cowles continue to explore the fallout from the Scarlet Witch’s apparent death and Magneto’s apparent involvement in it. Where the first issue in this series went like a procedure, this one is a more conventional Marvel superhero squad, as the Avengers come to Krakoa to mourn their late friend.

Williams delivers a clever script that leaves room for tender moments between some members of the comic book cast. The art team handles the large distribution of the book well, especially with the pages containing the biggest comic book revelations.

With Superman and the Authority # 3, Grant Morrison, Mikel Janin, Travel Foreman, Jordie Bellaire, Alex Sinclair, and Steve Wands continue to build a cutting edge superhero team to protect the future of the DC Universe. In this penultimate issue, an aging Superman brings together the majority of this team for the first time and sends them on a mission to recruit their last member and stop an attack by the Ultra-Humanite.

With sleek modern art and a polished take on the original Authority’s progressive approach to stopping evil, this fun, action-packed comic feels like a plan for a future rather than a finished statement apart. whole. While this creates a significant order for the final issue of the miniseries, there is still more than enough to make it worth it.

We hope you enjoy the items we recommend! Comic Book Resources has affiliate partnerships and as such we receive a share of the revenue from your purchase. It won’t affect the price you pay and helps us provide the best product recommendations.

Tim Webber is a writer, journalist and content creator based in Atlanta, Georgia. With over a decade of experience, Tim has written everything from news analysis to cultural criticism on comics, film, television and music. In addition to his work for CBR, Tim has written for a number of print and digital publications, including Creative Loafing and Frequency Magazine. To capitalize on his disturbing knowledge of comics and superheroes, he also helped design and teach courses based on graphic novels at Emory University, his alma mater. He can usually be found sipping tea, meeting deadlines, or getting trapped under a really big pile of 90s X-Men comics. If he sounds slightly interesting, you can follow Tim on Twitter @ MrTimWebber.