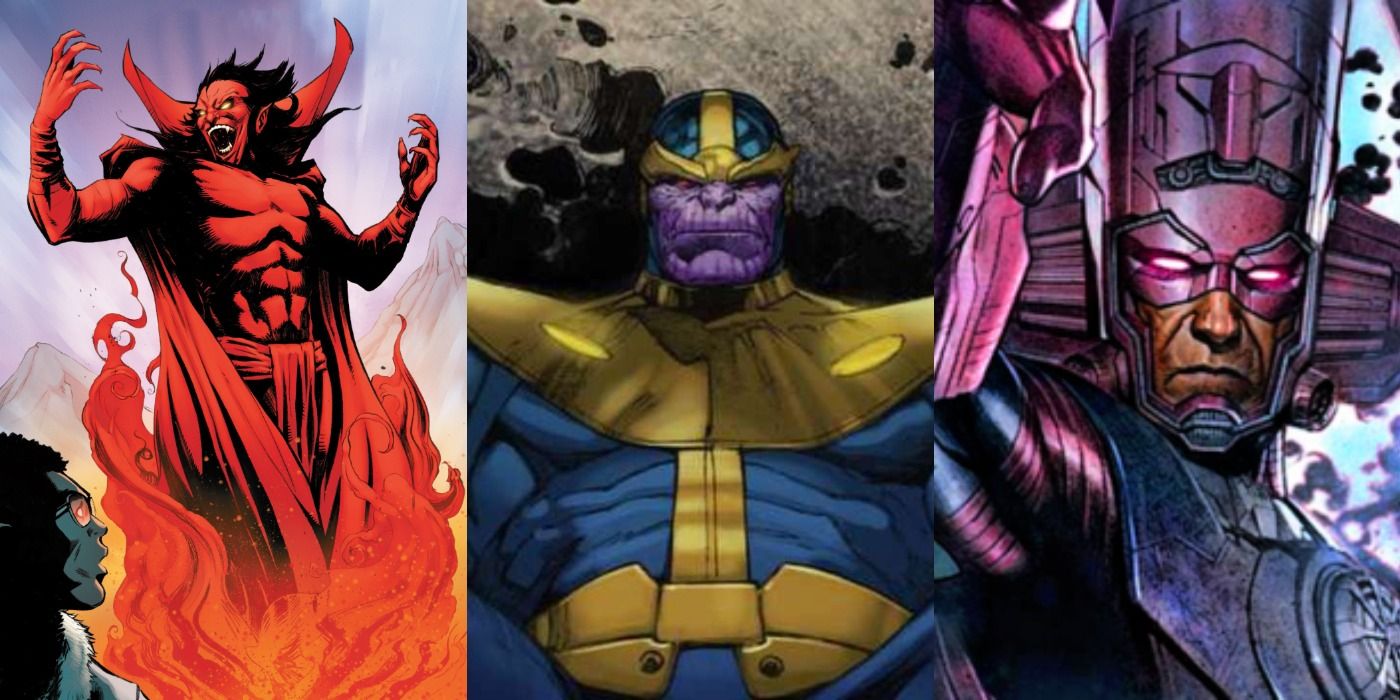 Many fans of Marvel Comics and the Marvel Cinematic Universe wonder what it would be like to live in the mainstream Marvel Universe, aka Earth-616. The chance to catch a glimpse of the flying Avengers (if you live in New York), see an actual alien race, or the chance to stumble upon an ancient and powerful magical grimoire is a tantalizing concept.

RELATED: MCU: 10 Characters Who Abused Their Power For Personal Gain

However, the reality of being a normal person in the Marvel Universe isn’t all Spider-Man autographs and Krakoan miracle drugs. There’s a dark side to living in a world full of super-powered individuals who fight daily for the fate of the globe.

There are plenty of super-powered individuals on the Marvel version of Earth. In addition to people empowered through serums, radiation, and artifacts, there are mutants, Inhumans, Eternals, and alien/human hybrids. Unfortunately, these are still statistically rare if you take into account the 7 billion people who live in the world.

The average person is not a super-powered individual, and they are unlikely to personally know anyone with superpowers. Powerful people are out of the norm for those who don’t live in New York (and sometimes San Francisco), and people with superpowers only seem to get normal people into trouble when they show up.

6 The extended intergalactic community thinks your planet is a plague

On the bright side, there is frequent and confirmable evidence that extraterrestrials exist, and some have been on Earth at various times. Kree, Skrull, Shi’ar, Brood, Klyntar, and other alien species have visited Earth, and some of them have even decided to stay.

RELATED: 10 Old Marvel Movies As Good As The MCU

However, much of the wider intergalactic community sees Earth as a ball of backwater mud that has produced some of the most troublesome individuals ever seen. So much so that the Kree and Skrull intended to use Earth as a battleground in their war. An intergalactic government has also turned Earth into a prison planet for space criminals in the Maximum security crossover, and Earth’s heroes had to stop that from happening. More recently, alien governments have tried to convince themselves to completely destroy Earth for all the trouble it has caused.

There are plenty of incredibly powerful villains out there looking for the next reality-warping artifact that will grant them dominance. Unfortunately, there are so many reality-warping artifacts to choose from on Earth-616. Villains like Thanos, the Red Skull, Dormammu, and Kang the Conqueror are constantly on the hunt for the Infinity Gauntlet, Cosmic Cube, Ultimate Nullifier, and Perilous Siege.

Therefore, the threat of reality tampering is a constant concern – whether it’s an Annihilus tantrum or because Doctor Doom accidentally caused the death of the Multiverse to antagonize the Beyonders.

4 Your mind has been erased more than once

Living in the Marvel Universe means living in a world where memory has been deliberately tampered with more than once. For example, Mister Fantastic made the world forget about the Sentinel; Spider-Man made a deal with Mephisto to get the world to forget his secret identity, and The Purple Children decided to do Daredevil a favor by doing the same thing Mephisto did to Peter Parker.

Having one’s perception of reality altered is a deeply invasive and violating act, and it seems to happen quite frequently on Earth-616. This is to say nothing of when the Skrulls decided to infiltrate and replace a substantial portion of Earth’s population.

3 Reality has been destroyed more than once

Reality has been destroyed and reborn several times in the Marvel Universe. The most famous example is Secret Wars (2015) by Jonathan Hickman and Esad Ribic. Doctor Doom accidentally caused the untimely death of the Multiverse in an attempt to thwart a similar plan by the Beyonders.

RELATED: 10 Superhero Shows That Kids And Adults Can Enjoy

However, it has happened on other occasions, such as when Marvel’s heroes accidentally created multiple branching, apocalyptic realities to prevent Ultron from conquering Earth; the time Genis-Vell destroyed and remade the universe, and the time Akhenaten was given vast cosmic power to end the universe, only to be thwarted by Thanos (of all aliens!)

2 There’s something called the Devourer of Worlds, and it’s visited Earth more than once.

The mere existence of Galactus is a terrifying concept. It is a cosmic force of nature whose great hunger can only be satisfied by the consumption of a planet’s primordial life force. To make matters worse, he’s been to Earth more than once, and he was only stopped the first time by the Silver Surfer’s betrayal and a cosmic bluff by Mister Fantastic with the Ultimate Nullifier.

More recently, Doctor Doom attempted to turn Galactus into a giant cosmic battery, which only infuriated the Eater of Worlds. It seems that Galactus has a vested interest in Earth, which is scary.

1 Hell is real and there’s more than one

The concept of an afterlife of eternal torment is an existential horror matched by very little in the human imagination. In Marvel, hell is confirmed to be real, and there’s more than one. There is a Hell, a Limbo, a Tartarus, a Helheim, the Dark Dimension and the Below-Place (to name a few). There are many paths that could lead to eternal damnation in any of these areas, and people sometimes seem to be drawn into them through no fault of their own. Of course, this is statistically unlikely to happen to a normal person, but it is possible.

NEXT: Top 9 TTRPGs For MCU Fans

Following
10 Of The Most Disgusting Superpowers In Comics

Josh Davison is a listings writer for CBR, The Gamer, and Game Rant. He is well versed in all things Marvel, DC, Pokemon and Star Wars and has a deep passion for horror. He has a terminal obsession with the Thunderbolts, the Winter Soldier, Luke Cage, and Hawkman. He is currently trying to make it as a comic book writer and is part of two upcoming anthologies: Turning Roads by Limit Break Comics and Producing the End of the World by publisher Soda & Telepaths. Find him sharing cool comics and cute animals on Twitter, @joshdavisonbolt

Peacemaker just confirmed that a major character is bisexual