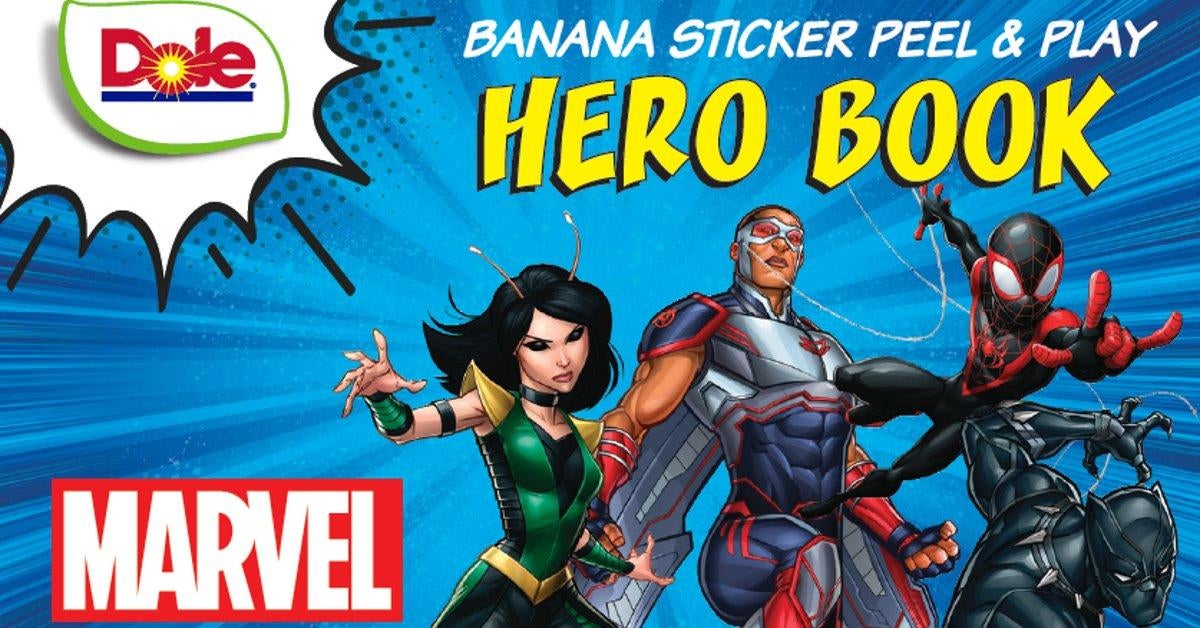 A team of superheroes worthy of the Avengers comes together between Marvel Entertainment and Dole Food Company with the launch of “Healthy Heroes, Assemble!” countryside. The Marvel Cinematic Universe is the inspiration for all-new branded merchandise, collectible stickers, original recipes, a social media contest, Everyday Hero Scholarships and digital downloads. Marvel and Dole seek to promote “heroes of sound mind, duty, heart and home”, culminating in Dole’s Celebrate Superheroes competition to award $1,000 scholarships for heroes to everyday to continue their positive impact in their homes, families, communities and the world.

Dole and Marvel worked closely together to develop the program, which is inspired by the exemplary traits of Marvel heroes that anyone can achieve: Spider-Man is in charge; Iron Man is inventive; Ant-Man is small, but mighty; Black Panther is loyal; Black Widow is athletic; and Groot is always ready to lend a hand.

Dole’s Celebrate Super Heroes competition is the centerpiece of the program, which asks everyday champions to submit their own hero’s story on social media – while challenging and encouraging others – for a chance to win. win $1,000 scholarships and other prizes that can boost their efforts to make a difference. The competition will launch at the end of March with further details to be announced in the coming weeks.

Fans will also enjoy an assemblage of 20 original Dole recipes developed by Melanie Marcus, MA, RD, Dole’s Nutrition and Health Communications Manager, in honor of the Marvel characters. Hero-worthy creations of appetizers, side dishes, salads, desserts, and smoothies packed with fresh fruits and vegetables will be released through September.

“Few can resist Marvel’s classic origin story about an everyday champion who overcomes adversity and defies the odds to become a true superhero. That’s why we instinctively root the oppressed and know deep down that good will triumph over evil,” said William Goldfield. , director of corporate communications at Dole. “At Dole, we know a little about these heroes too. From our family farmers and crop specialists to logistics workers, production managers and supermarket retailers around the world, the Dole family consists of dozens of thousands of ordinary heroes who tirelessly do their job to feed a hungry world every day.”

“Motivated by our friends at Marvel, we salute these everyday protectors and providers of healthier, happier, more heroic lives,” Goldfield added.

Marvel superheroes can be found on millions of DOLE Banana stickers and DOLE Pineapple labels arriving in supermarkets across the United States and Canada. Commemorative sticker sets will be updated with new stickers honoring all four hero categories as well as theatrical releases. Doctor Strange in the Multiverse of Madness May 6 and Thor: Love and Thunder July 8. More details can be found at www.dole.com/Disney.

You can find some of the promo art below. Let us know what you think of the Marvel/Dole collaboration in the comments!