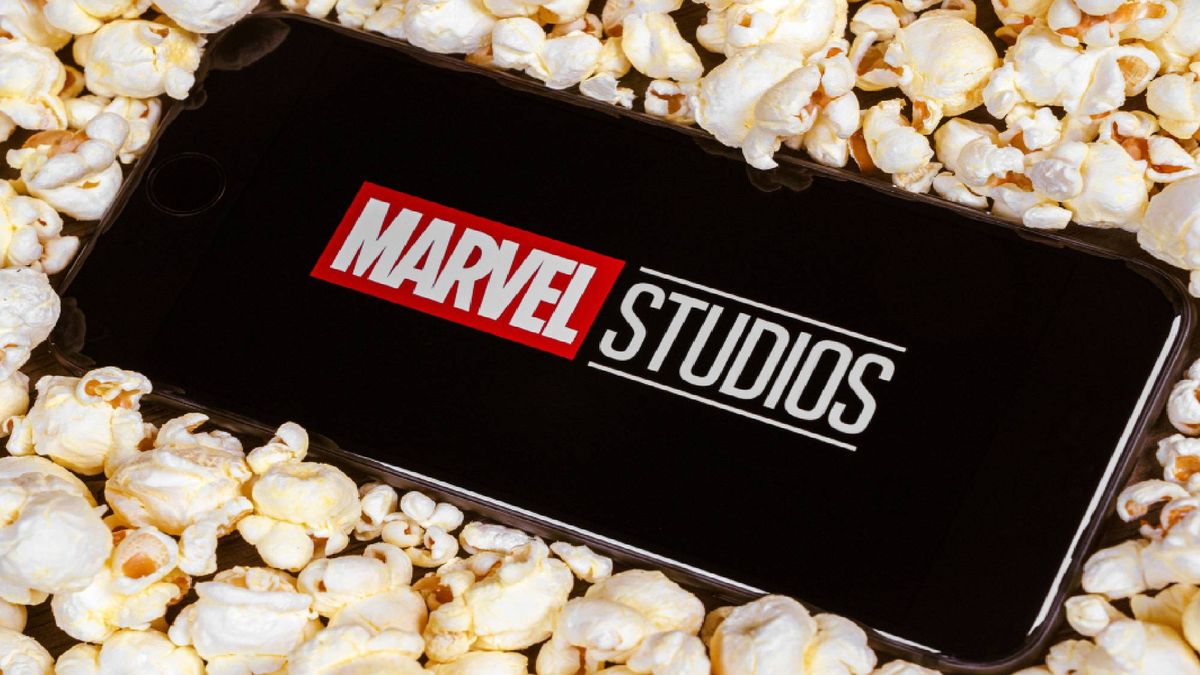 Arguably the biggest part of Comic-Con 2022 is the return of the Marvel Comic-Con panel. Marvel Studios exec Kevin Feige has a long history of owning Hall H and all of Comic-Con, as MCU announcements roll in for all of the upcoming Marvel movies and series.

There is unfortunately no live streaming of events, but expect news to come in fast and hard as it is announced. For example, the 2019 Marvel Comic-Con panel saw Natalie Portman hold Mjolnir to announce Thor: Love and Thunder, Mahershala Ali announced as the new blade, and a Marvel Fantastic Four movie in the works.

So, as we stand at the edge of the panel, we’ve put together a comprehensive look at what to expect from the Marvel Comic-Con panel this year.

Of course, beware of spoilers for recent Marvel movies and shows, as we dive into what’s next.

The only thing I really want from the Marvel Comic-Con panel is a show of support for Anthony Mackie’s Sam Wilson as the new Captain America. Anyone who’s seen The Falcon and The Winter Soldier knows that’s the truth, but the poorly worded tweets of The Hollywood Reporter (opens in a new tab) apparently added confusion.

The tweets said he wasn’t sure if Mackie would wear the shield in Captain America 4, which has a director, but the tweets didn’t speak to Mackie playing Captain America. Which lead to Chris Evans (opens in a new tab)Steve Rogers himself, to declare that “Sam Wilson is Captain America”.

We may learn more about Captain America 4 at Comic-Con, but since we’re only at the “we’ve found a director” stage, we’re not sure. Maybe we’ll see some new armor for the new Cap?

Marvel movies can sometimes only be as good as their villains, and there’s a real gem coming soon. As we know, Jonathan Majors will (somewhat) reprise the important role of He Who Remains in Ant-Man 3, due out on February 17, 2023.

This time, Majors is supposed to feature a variation of that character, named Kang the Conqueror. Kang is a huge piece of the MCU puzzle, in part because of his relationship with Reed Richards, who we’ll get to in a moment. And since Kang has such a distinctive look, we’re very curious to see how the MCU will debut the character.

Director Peyton Reed (opens in a new tab) revealed that production on Ant-Man and The Wasp: Quantummania wrapped last November, so it makes sense that there’s a piece of a crumb of Kang’s look to show off. Actual footage from the movie, especially if it shows Bill Murray’s TBA villain role, would also be appreciated.

Production also wrapped on Guardians of the Galaxy Vol. 3, scheduled for May 2023, after Ant-Man returns. So we would expect set photos at the very least.

This will be Gunn’s last Comic-Con working on the series, so we don’t know what they’ll do to make it special – but it looks like something is likely.

We Need The Fantastic Four At Marvel’s Comic-Con Panel

The Fantastic Four is potentially one of the biggest MCU movies to come, especially with all of its offshoots into the world of mutants and intergalactic villains (when will we see Galactus and Silver Surfer?)

Thus, post-Doctor Strange In The Multiverse of Madness, Reed Richards and his fantastic the family is in front of our heads. After the last Marvel Comic-Con panel – 2019 seems like an eternity, doesn’t it – we knew Marvel’s Fantastic Four movie was coming. Since then, many have speculated who will play Reed, Sue Richards, Ben Grimm and Johnny Storm.

And since Marvel kind of dug itself into a corner during casting – John Krasinski portrayed Earth 838’s Reed Richards in the aforementioned Doctor Strange sequel – they’ll either have to keep Krasinski in the role or find an actor who doesn’t create no backlash. My colleague Tom Pritchard thinks Krasinski is too old for the role/to have a long stint at Marvel, but I disagree.

This leaves Marvel in need of an Invisible Woman, a Human Torch, and The Thing. Oh, and The Fantastic Four needs a new director, since MCU director Spider-Man Jon Watts is out (opens in a new tab).

Give us the X-Men, now

To be blunt, the only X-Men data at this year’s Marvel Comic-Con panel is that the X-Men 97 animated series will be previewed at a panel we’ll note below. But let’s be honest: Since former Disney CEO Bob Iger said the The X-Men were coming to the MCU (opens in a new tab)fans have been waiting for moments like what we have already had this year.

First, in Doctor Strange 2, Patrick Stewart rolled Professor Charles Xavier’s floating chair across the screen, as the X-Men animated series theme buzzed in the background. Then, in the Ms. Marvel ending, we heard that song again when Kamala Khan found out she was the MCU’s first official mutant (her friend Bruno only said she had mutations in her DNA, but Marvel already said (opens in a new tab) enough to give us confidence).

That said, we’re extremely early for anything close to a trailer. Instead, we have simple requests. The title of the film and the year it was released would probably be enough to make fans more than happy.

If we got greedy, we’d love a cast. Rumor has it that Taron Egerton has been talking to Marvel, and people think he might play Wolverine. With all due respect to Mr. Snikt, however: Egerton seems a bit too polished and appealing for the role. Cyclops maybe?

As for Wolvie? Karl Urban basically played that role in The Boys, just minus the claws. In Tom’s Guide Slack, we also speculated that Brett Goldstein would be great, were it not for the fact that he just debuted as Hercules in the post-credits scene of Thor: Love and Thunder.

Will we get The Marvels news to explain Ms. Marvel’s post-credits scene?

Oh, and since we’re a year away from The Marvels (Captain Marvel 2), hopefully we’ll get a follow-up to the tease and hype of the Ms. Marvel post-credits scene. We are very excited to see Kamala Khan connected with Carol Danvers, as the two switched places, for crying out loud.

Production ended in May this year, so we don’t know how much we’ll get. That said, a moment between Iman Vellani and Brie Larson on stage would be enough for now. Any hint of an explanation for this? We would like that much more.

Then there is the most immediate question at hand. Black Panther 2: Wakanda Forever just Daniel Kaluuya from its cast. Right now, it feels like we know so little about this movie, except that the story will focus on finding a new Black Panther (due to the tragic demise of Chadwick Boseman).

It doesn’t look like Lupita Nyong’o’s Nakia or Danai Gurira’s Okoye will take over, although some think Letitia Wright’s Shuri could be next (rumors of her reluctance to get a Covid-19 shot have a diminished his chances somewhat, as we doubt Disney would want to give such a big role to unruly actors). However, we know we expect more from Winston Duke’s M’Baku. And this is a good thing.

Will Wakanda Forever be all about the rise of Dominique Thorne’s Riri Williams/Ironheart, who invents the armor on par with Tony Stark’s Iron Man gear? We don’t think she’ll be the new Black Panther, as a Disney Plus Ironheart series has already been announced.

That means the second Black Panther movie, which already had a high bar to hit, is all about the questions right now. If Marvel’s SDCC panel could help explain who’s doing what in this movie – giving us a trailer, perhaps – we might be calmer.

She-Hulk and the rest of the Disney Plus lineup

Oh, and then there’s the matter of Marvel’s small-screen business.

Then we have the new She-Hulk: Attorney At Law, which hasn’t exactly received a warm reception. The She-Hulk trailer raised a lot of flags about CGI quality, so a scene to preview the show could go a long way to calming that down. Since the series is scheduled for August, we should be able to get it.

Loki Season 2, already in production, could give us a taste of what’s to come. We hope that’s Owen Wilson on a jetski.

Echo, along with Alaqua Cox, will see two other cast members return: Charlie Cox’s Matt Murdock and Vincent D’Onofrio’s Kingpin from the Daredevil series. A stage appearance from all three, and some teasing from other Defenders Saga actors, would be perfect.

The Secret Invasion series starring Samuel L. Jackson, Ben Mendelsohn, Emilia Clarke, Olivia Colman and Kingsley Ben-Adir seems too remote for much of a preview, but the cast talking about it on stage seems possible.

A preview of the Guardians holiday special? A moment for Agatha: House of Harkness? Armor Wars? Stone heart? That Wakanda Disney Plus series?

We just got a taste of what Deadpool 3 has in store for us, as news broke that its plot is all about making Deadpool the “madman” of the MCU. The storyboard art for this makes sense, as does an appearance by Ryan Reynolds.

Then there’s Marvel’s Blade, which comes went into production this month. We doubt we’ll get much out of this, as Mahershala Ali’s reveal was one of the big moments in Marvel SDCC’s latest stage show.

So what do you think? Did we miss something? Are our goals too high? Let us know in the comments below.

Marvel Unlimited and DC Extended Universe: are they worth it?