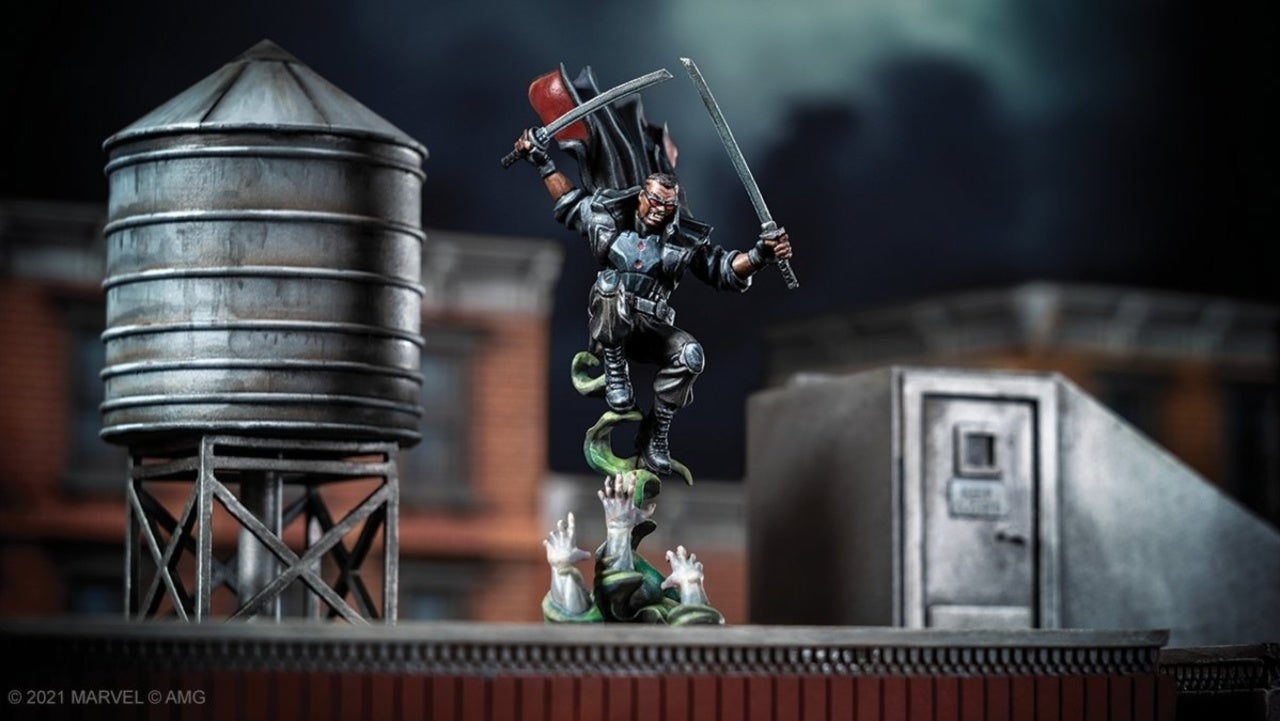 The blade is coming Marvel: Crisis Protocol. Atomic Mass Games has officially revealed that Blade will be added to the game in an upcoming character pack. Blade is Marvel’s second supernatural hero announced this month, following Moon Knight’s reveal earlier this month. Additionally, it is possible that Blade will be part of a new affiliation, as the hero seems perfect to start a Midnight Sons faction that includes Ghost Rider, Dr. Strange, and other heroes.

Marvel: Crisis Protocol is a miniatures skirmish game featuring the heroes and villains of the Marvel Universe. Players can create rosters made up of any character, although rosters can earn passive or active boosts if enough characters have the same affiliation. Some characters have surprising synergies between them, allowing for unexpected teams and combos.

Blade was unofficially revealed during Atomic Mass Games’ Mini-stravaganza streaming event earlier this year, although it is a miniature prototype. The announcement likely means Blade will release in August or September, depending on ongoing shipping and fulfillment issues affecting the tabletop industry as a whole.

Blade is an enduring Marvel character and has long anchored the publisher’s horror line, teaming up with various monster hunters and dark enemies countless times. Blade has long been entangled with the ancient vampire Dracula and has also fought other characters like Morbius the Living Vampire. Its popularity skyrocketed after the release of the Blade series of films starring Wesley Snipes, making him one of the first Marvel characters to start in his own film franchise. In recent years, Blade has made more appearances in mainstream Marvel titles, having briefly joined the Avengers and even gotten a helping hand through SHIELD. Marvel Studios has announced that Mahershala Ali will star in a new Blade film, officially bringing it into the Marvel Cinematic Universe.

No release date has been announced for a Blade Character Pack, but expect it to be released in the third quarter of 2021.