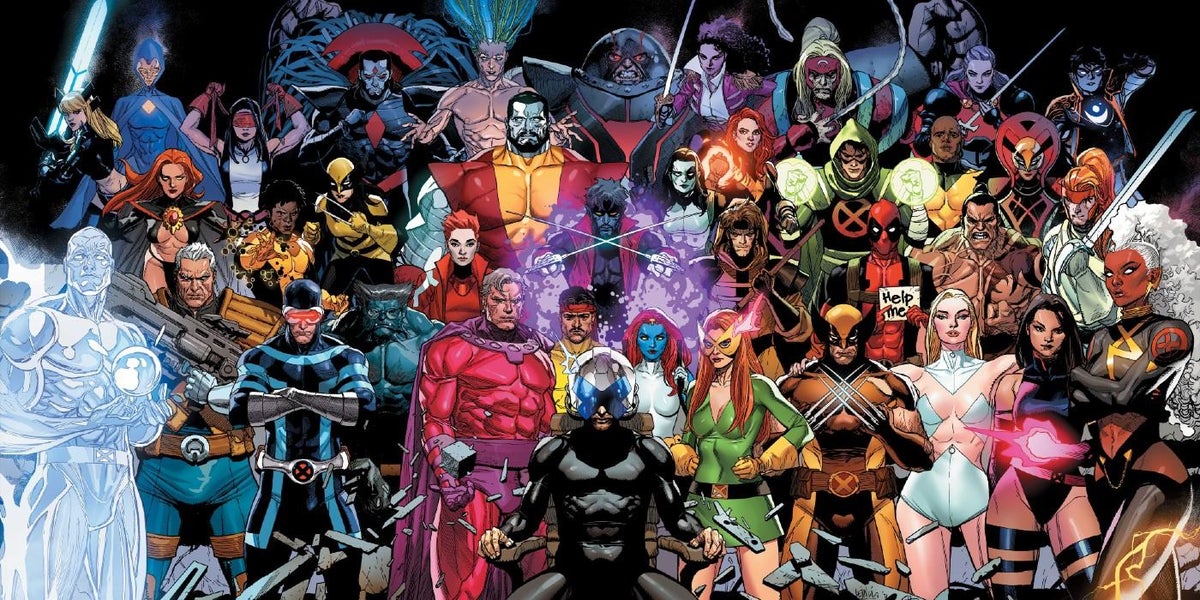 A recently resurrected member of the X-Men gets a makeover in a special comic. John Proudstar/Thunderbird was brought back to life in the conclusion of X-Men: The Trial of Magneto, with Marvel announcing that it will headline Giant Size X-Men: Thunderbird #1. The comic will be co-written by AEW Superstar Nyla Rose and Steve Orlando, and illustrated by artist David Cutler. Rose will make her Marvel Comics debut with the Thunderbird-centric issue, and a variant cover by Cutler reveals an all-new look and costume for John Proudstar.

Cutler design variant cover for Giant Size X-Men: Thunderbird #1 shows Thunderbird in a bluish zip-up hoodie and matching pants. A red and black design on the sides of the costume helps create an “X” shape on top. Thunderbird also wears red boots and knee pads to match the red paint around his eyes. The final color that stands out is yellow on his belt, suspenders, and hoodie.

One of the possible reasons Marvel decided to give Thunderbird an overhaul has to do with its younger brother, Warpath (James Proudstar), embracing his classic Giant Size X-Men costume after Thunderbird’s death. The blue Proudstar superhero costume has since become synonymous with Warpath, who is a longtime member of X-Force under Cable’s militaristic rule and Wolverine’s black ops team.

“Finally, the news is out! GIANT-SIZE X-MEN: THUNDERBIRD is coming, and I couldn’t be prouder to be a part of it! But this book wouldn’t exist without the incredible work of Nyla Rose and David. Cutler , who joins me on this blockbuster to tell a Thunderbird story that’s as raw, real, and gripping as possible,” Orlando said when the comic was announced. “With their invaluable help, we take Thunderbird on a two-fingered quest to reunite with his family and carve out a place for himself in this brave new era of Krakoan. The world has changed while Thunderbird has been away. Threats may have become more complex, but Thunderbird is always sure that there is no problem it cannot solve with its own hands.”

Thunderbird’s new costume and look can be found below, along with covers and a solicitation for Giant Size X-Men: Thunderbird #1, on sale in April.

All Elite Wrestling Superstar Nyla Rose descends on Krakoa with a grueling one-shot featuring the first X-Man to die in battle!

In this oversized one-shot, Rose teams up with comic book star Steve Orlando and First Nations artist David Cutler to battle the ramifications of Thunderbird’s recent resurrection! The world John Proudstar has returned to is completely different from the one he once knew. Seeking refuge in the familiar, Thunderbird searches for someone from his past on an Apache reservation… and uncovers a terrifying threat to the native mutant community. Can Thunderbird save his people? Or will his justified rage lead him astray?

How Peacemaker’s White Dragon Compares To The Comics