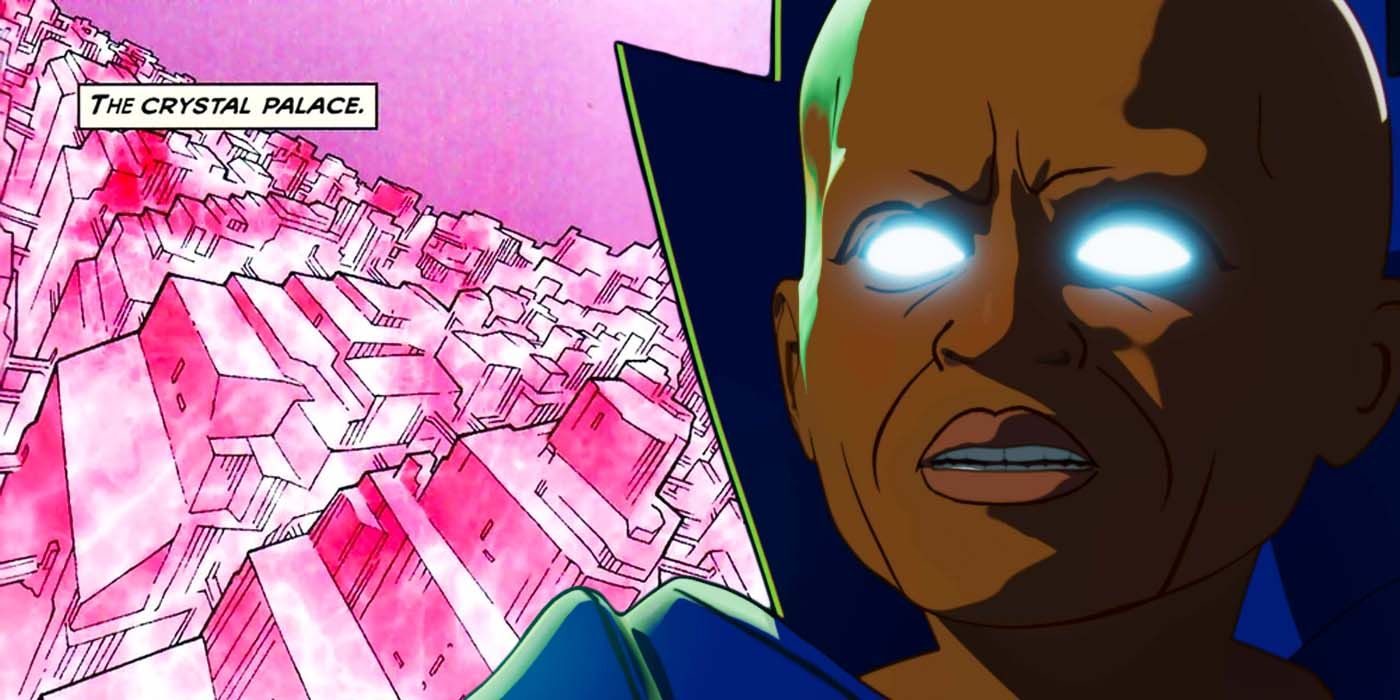 Marvel just secretly introduced an X-Men location to the MCU

What if…? Episode 8 secretly introduced a location from the X-Men spinoff comics into the MCU: the Panoptichron, the heart of the multiverse.

Warning! Spoilers ahead for What if… from Marvel? episode 8.

The eighth episode of What if … from Marvel? secretly introduced a X Men-associated location in the MCU. When Disney acquired most of Fox’s film and television empire, Marvel Studios reclaimed the license from the X-Men and the Fantastic Four. Marvel President Kevin Feige has always made it clear that the focus will be on “without marquee“Mutant characters associated with the X-Men.”There are hundreds of names on these documents, on these agreements,he observed, and just as he predicted, Marvel wasted no time introducing some of the more obscure concepts and characters. The Falcon and the Winter Soldier introduced viewers to the location of the X-Men Madripoor Island, while Ursa Major – in the comics, a mutant with the power to transform into a giant bear – appeared in Black Widow.

The trend continued, albeit in an even more subtle way, in What if…? Episode 8. So far, this has been an anthology, with each episode exploring a different alternate timeline. However, the latest episodes set up the creation of the Guardians of the Multiverse, an alliance of interdimensional superheroes created to defeat the threat of an Ultron powered by Infinity Stone. After destroying all life in his own universe, Ultron moved to a previously unknown state of heightened cosmic consciousness where he sensed the presence of the Watcher, prompting him to launch an attack on the Watcher’s base. In the comics, the Watcher lives on the Moon, watching over Earth, but in the MCU, he clearly dwells deep in the Multiverse in a crystalline realm.

Related: Every MCU Easter Egg In What If? Episode 8

This concept will be new to most viewers, but in reality, it comes straight from the X-Men comic book series. Exiles. The Exiles are a group of heroes from different dimensions who fight to save the Multiverse from terrifying threats. This is clearly analogous to the MCU’s Guardians of the Multiverse. They eventually discovered a crystal palace at the heart of the Multiverse, which they called the Panoptichron, from which each different dimension can be seen through a crystal lens. The Panoptichron tends to be colored pink, reminiscent of the M’Kraan crystal of the X-Men, which helps to shape all reality. It all fits perfectly with the Watcher’s house in the MCU.

It’s easy to forget that when Marvel reclaimed the rights to the X-Men and the Fantastic Four, they didn’t just gain Marvel’s First Family and Mutants. The X-Men in particular have encountered a plethora of alien races – from the Shi’ar Empire to Skrull mutants – and have starred in a host of multiversal stories that are perfect for the approach to Phase 4 of the MCU. In this case, the introduction of Panoptichron could well create a completely different What if…? season 2, one that abandons the anthology approach and instead uses the Guardians of the Multiverse to explore different dimensions, righting wrongs on a cosmic scale just like the Exiles did in the comics.

In the meantime, it’s worth noting that the MCU’s version of the Watcher is more powerful than the comics. It’s true that the Watcher is weaker than Ultron, but the battle between the two cosmic beings was the most spectacular fight ever seen in the MCU, with the two unleashing raw power that shattered dimensions. The Conflict paid homage to some of comics’ most talented artists, most notably Jack Kirby, drawing inspiration from countless artistic ideas he first brought to comics. What if…? Episode 8 was truly a love letter to the comics, which makes it remarkably effective.

More: What if …? Episode 8 asks 9 big questions about Ultron and The Watcher

What if … from Marvel? airs Wednesdays on Disney +.

Tom Bacon is one of the staff editors at Screen Rant, as well as a mentor for new writers and a member of the care team, providing support and a listening ear to members of the Comics group. A longtime fan of big franchises like Star Wars, Doctor Who, and Marvel, Tom is thrilled his childhood is back – and this time it’s cool. You can find him on Twitter @TomABacon. A graduate of Edge Hill University, Tom remains strongly connected to his alma mater as a volunteer chaplain. He is heavily involved in his local church, and anyone who consults him on Twitter will quickly learn that he is also involved in British politics.

‘Venom: Let There Be Carnage’ takes a hardy bite at the box office