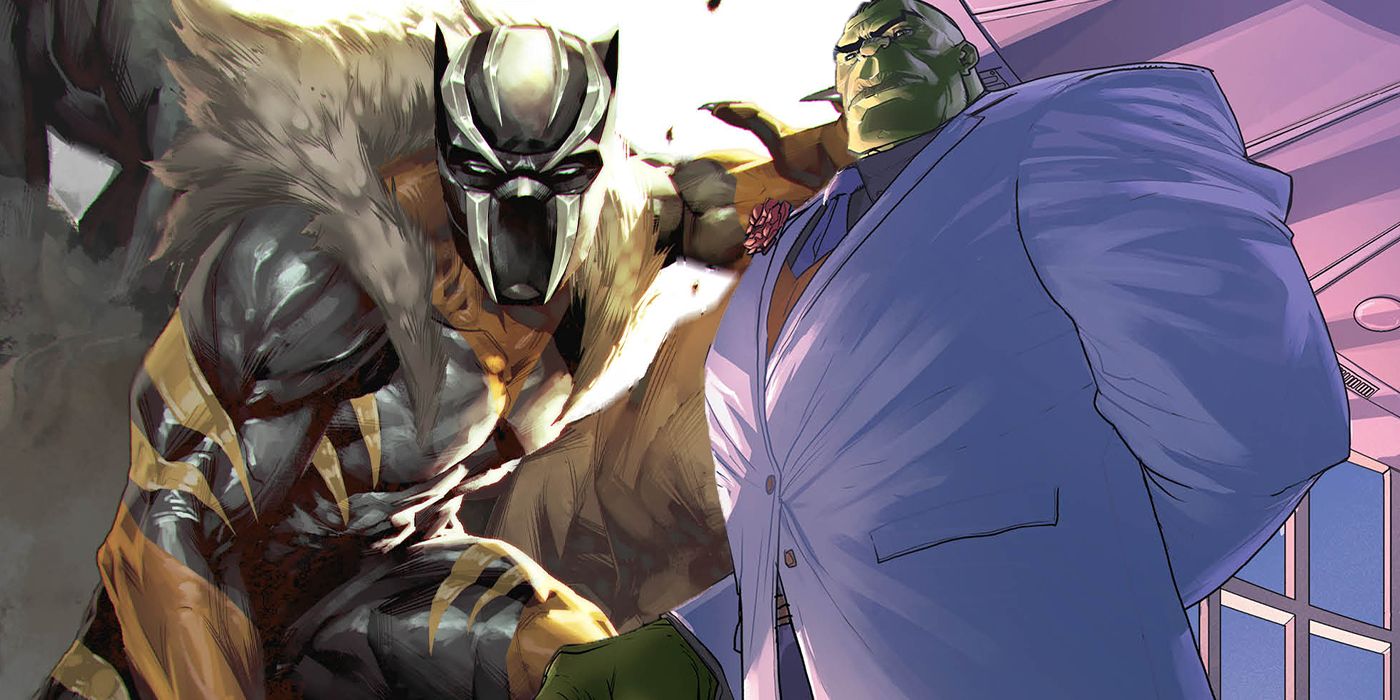 Marvel’s greatest heroes are becoming some of the publisher’s most iconic villains in an impressive new group of Marvel Comics variant covers.

Some of Marvel’s greatest heroes, including the Pontoon – Become villains in a mind-boggling new set of cover variants revealed by Marvel Comics this week. The publisher presented eight new Reign of the wicked variants that were created as a spinoff from the next The reign of the devil event, which will see the Kingpin attempt to rule the Marvel Universe. The fun new covers show what would happen if the heroes played some of the most iconic villains.

The covers, which will be variations for eight different titles, feature Captain Marvel, Hulk, She-Hulk, and Black Panther swapping out their heroic looks for something much more sinister. Villains featured in the covers include modified versions of Kingpin, Sabretooth, Nightmare, and Death. Marvel has assembled a series of incredible artists to design Heroes-Turn-Villains, all of which will be released in December, coinciding with the release of Reign of the devil.

Pete Woods’ first cover variant features the Hulk as the kingpin, as he oversees Hell’s Kitchen in his iconic white suit. The Hulk’s massive stature matches the character perfectly. The variant on Hulk # 2 will be released on December 1st.

Then one of Marvel’s cutest heroes becomes the living embodiment of death, as the Thing trades its rock-like skin for something much darker. Dan Panosian’s cover on The thing # 2 will arrive in comic book stores on December 1.

One of the coolest covers comes from Kael Ngu, who combined Black Panther and Sabretooth to create the menacing villainous combo. The blanket will debut on Black Panther # 2 on December 8.

Mary Jane Watson is on the cover of The Amazing Spider-Man # 82, becoming a version of Nightmare in this Joshua “Sway” Swaby cover. The variant was released on December 15th.

She-Hulk becomes Kraven the Hunter in a stunning new cover of Woods, which will appear on Avengers # 51 on December 15th.

On the cover of Captain America / Iron Man # 2, Steve Rogers becomes Princess Python with an epic biting shield. The cover of Leinil Francis Yu will be available on December 22.

The eagerly awaited The Death of Doctor Strange‘s the fourth issue will feature the Sorcerer Supreme becoming The Ringmaster in an Annie Wu cover. The variant is scheduled for release on December 22.

Finally, on Captain Marvel # 35, Carol Danvers becomes the iconic villain of the Fantastic Four Mole Man in a brand new cover from Todd Nauck. Captain Marvel will sport the iconic look when the comic hits stores on December 29.

The unexpected mashup series is a welcome sight, as Marvel letting the artist have fun with combo characters is a great idea. It’s unfortunate that readers don’t see Kingpin Pontoon or other heroes have their own stories – but who knows, maybe one day they’ll pull a Gwenpool and go from a cool comic book cover to a main character in the Marvel Universe.

Next: Even Jessica Jones’ Kilgrave Doesn’t Know How Her Powers Work