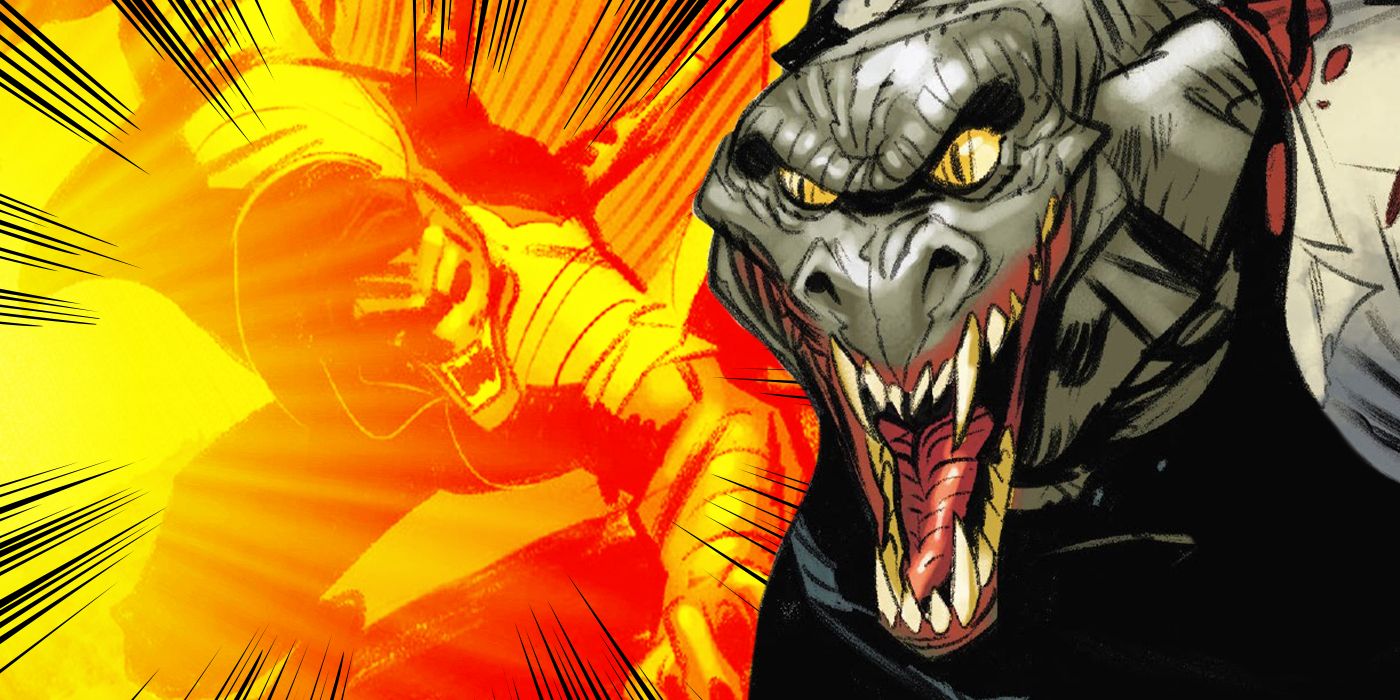 Two classic Spider-Man villains have come together in the worst possible way thanks to Beyond Corporation, and it’s unclear how much damage Marvel’s new Living Vampire could do.

Since stepping into Ben Reilly’s life, the Beyond Corporation has gone from mysterious benefactor to the worst kind of enemy imaginable. Thankfully, Ben has had plenty of help from his fellow heroes along the way, especially now that he’s taken the fight to his former employer’s doorstep. Unfortunately, heroes aren’t the only thing Beyond is working on, and their secret stash of villains has just been uncovered. Not only that, but Ben took it upon himself to unleash the worst of these monstrous creations in the form of Curt Connors as Marvel’s last living vampire.

All the angst Beyond Corporation has put Ben Reilly through for the past few months has finally come back to hurt them now that Marvel’s other Spider-Man is done holding back. Peter Parker, Misty Knight, and Colleen Wing were all more than willing to help Ben take on Beyond and destroy their Staten Island supervillain factory, but Ben decided to leave his allies behind. It does so by releasing Beyond’s most menacing creation to date in the form of a Curt Connors, aka the Lizard. As seen in amazing spider man #92 (by Kelly Thompson, Jed MacKay, Fran Galan, Sara Pichelli, Ze Carlos, Brian Reber and VC’s Joe Caramagna), this lizard is unlike any of its previous iterations. Although still a hulking reptilian monstrosity, Lizard’s signature green hue has been replaced with a ghastly white. Connors also sprouted an all-new set of massive wings and unusually long fangs, which, coupled with the discovery of a comatose Michael Morbius, make it clear that the lizard the heroes are dealing with is now also a living vampire.

RELATED: Marvel’s Other Spider-Man Is More Dangerous Than Ever

Both Curt Connors and Michael Morbius have been indelible parts of the Spider-Man world for decades. The two scientists were both transformed into their current forms in desperate attempts to change their own lives, like so many of Spider-Man’s other enemies have. That said, Connors and Morbius have always stood out from their villainous peers in the way they’ve been taken advantage of by others. While Connors had intermittent success when it came to keeping his bestial form at bay, Morbius often found himself overcoming his vampiric urges and playing the hero. Of course, neither was able to permanently break the violent cycles they were caught in, and Beyond’s intervention in their lives clearly made matters worse.

Morbius came into Ben’s life in Kelly Thompson and Sara Pichelli amazing spider man #77 in rougher condition than usual. Luckily, Misty and Colleen were finally able to subdue Morbius before he could drain Ben of a lethal amount of blood. What had driven the Living Vampire to such a hopeless state was only healed by Beyond once they realized it would make it easier to experiment on him. Now that the heroes have seen what Beyond has done with these experiments, their supervillain program has grown from an otherwise ordinary threat to one that could change their lives for a long time.

Curt Connors has always recovered from the terrifying transformations he has undergone, although that doesn’t mean the experiences haven’t been traumatic. As a Lizard, Connors caused unimaginable amounts of death and destruction, even to his loved ones. With his new abilities and an unquenchable thirst for blood, Connors could very well be more unstoppable than ever, especially if his lizard-like traits can compensate for his vampiric weaknesses. As unlikely as this new lizard to become a permanent fixture in the Marvel Universe, the fact that Morbius has been unable to heal himself in over five decades makes it a very real possibility, and it could be worse than anything Beyond has. done so far.

John Dodge has been a big consumer of comic books and nerd culture for as long as he can remember. An expert in competitive games and obscure children’s shows from the 80s and 90s, John has far too many opinions on the Beetleborgs for someone in their 30s. You can find him occasionally chatting on Twitter at @JohnJDodge.