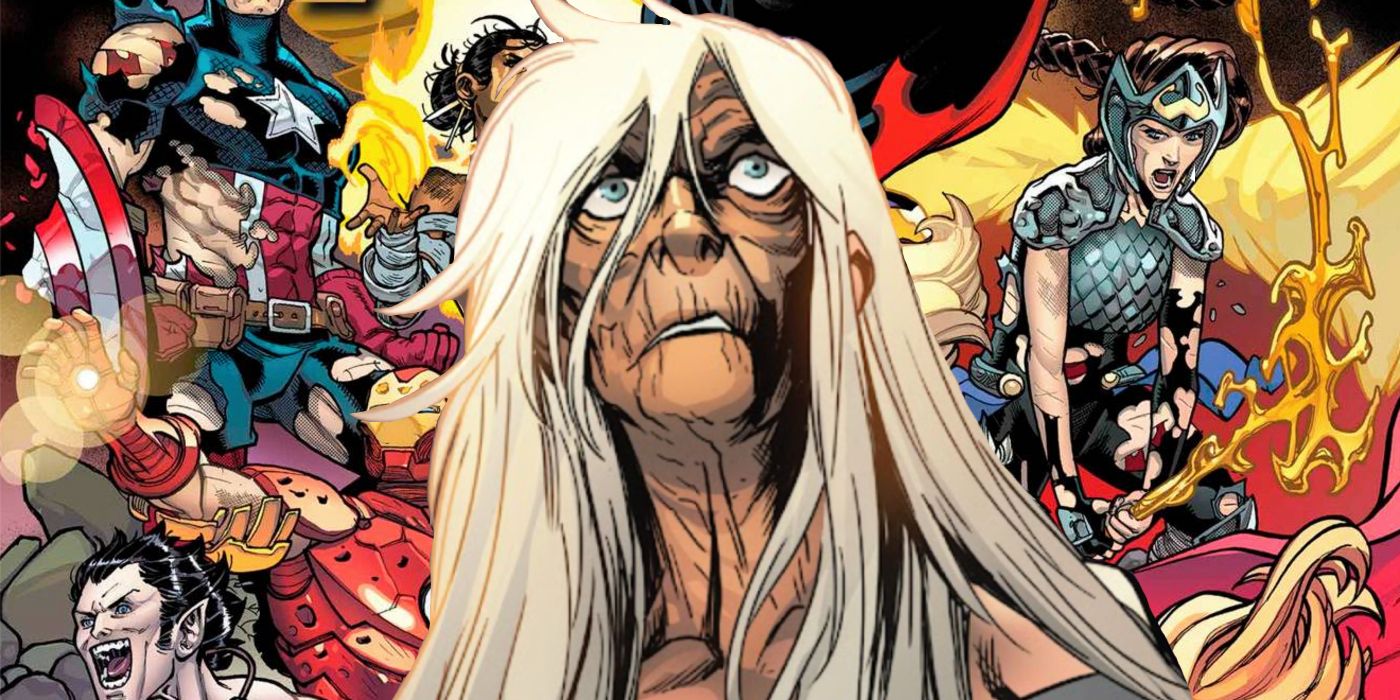 Marvel’s Most Powerful Avenger Is Now An Elderly Woman

The following contains spoilers for avengers #61, on sale now from Marvel Comics.

Starbrand, one of Earth’s Mightiest Heroes’ most powerful superheroes, becomes an elderly woman in the final pages of Marvel’s avengers #61.

avengers #61 comes from writer Jason Aaron, artist Ivan Fiorelli, colorist David Curiel, and VC letterer Cory Petit. In the issue, Starbrand/Brandy Selby continues to age at a rapid rate as she joins Earth’s Mightiest Heroes to pursue Mephisto in different time periods. While the Avengers may not have wanted Starbrand to join the fight due to all the unknowns surrounding his powers and rapidly aging, Starbrand nonetheless finds his way into battle.

Finding himself in 1868, Starbrand grabs Mephisto, flies through the air, and begins punching him repeatedly, an action that seems to please Mephisto. “I am the Starbrand,” Brandy recounts as she continues to attack her enemy. “It’s the only name I’ve ever had. My mother didn’t live long enough to give me another. Not everyone lives as long as Thor. Sometimes you’re just an ephemeral surrounded by gods. But my mother lived long enough to make a difference. To leave a mark. What more could one ask for? I love you, mum.”

As Starbrand continues to unleash “the full extent of his power”, as Namor puts it, the rest of the Avengers suddenly find themselves transported back to the prehistoric era. Noticing that Brandy is not among them, the heroes search for their ally only to see a somewhat unfamiliar face standing nearby. “That was easy,” the figure said as it approached. “I just…knocked our way over here.” But Mephisto… He’s not finished.

The issue then reveals that Brandy’s extreme use of her powers has taken its toll, as she is now an elderly woman who may not have much longer to live if she continues to exert herself. “A few weeks ago, I was sleeping in a crib,” she says. “Now here I am, in the cradle of the world. With Earth’s Mightiest Heroes. And one last chance to save all of reality. I feel like I still have a few good shots left. I plan to make them count.”

avengers #61 features covers by Javier Garrón and Curiel and variant covers by Humberto Ramos and Edgar Delgado. The issue is on sale now from Marvel.