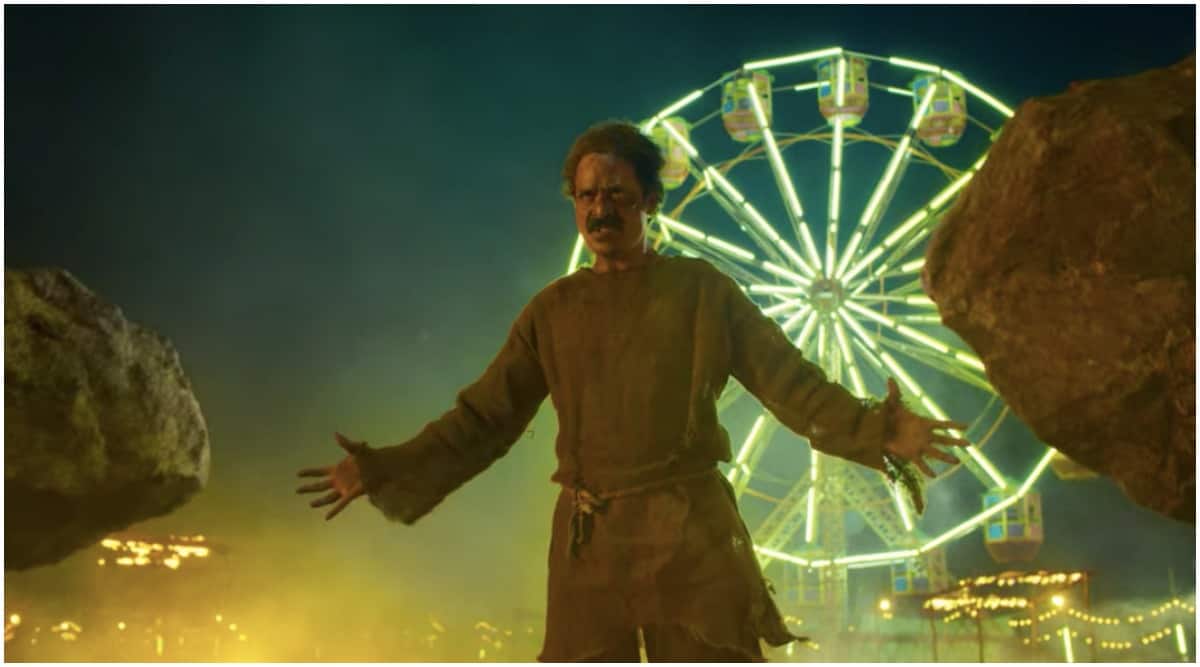 There are exactly seven good villains in the Marvel Cinematic Universe movies (one more if you count the shows). That’s a rather disappointing success rate for a franchise that includes 27 films and has had over a decade to resolve this issue. You’d think missteps like this would teach them a lesson, but for every Shang-Chi and the Legend of the Ten Rings and Black Panther, there are a dozen baker’s movies like Ant Man and the Wasp and Thor: The Dark World. Collectively, this repeated offense is known as the Marvel Villain Problem, which has also found a way to infect the recent Spider-Man: No Path Home. But who knew that an Indian superhero film from the Malayalam industry, released a week later, would be the one that could rightfully teach the multibillion-dollar juggernaut of Marvel a lesson in how to create antagonists? convincing.

Directed by Basil Joseph and with Tovino Thomas, Minnal Murali is a great time in the movies, and in a year that has given us 10 new MCU projects and a four-hour DC epic, this is the best superhero story you’ll ever see. This isn’t just because of the patience with which the film tells its deliberately low-key story, but in large part because it gives its protagonist – a village boor named Jaison – a worthy opponent, played by Guru Somasundaram.

Minnal Murali is well read in the cinematic parlance of superhero movies – it borrows elements not only from Superman and Batman lore, but also from key elements of Spider-Man’s backstory. But on closer inspection, you’ll notice he’s tiptoeing around the same trap that consumed Thanos knows how many MCU movies, but has the common sense to never fall for it. Like Iron Man 2, Ant Man, and even Black Panther, Minnal Murali’s villain is essentially an evil clone of the hero.

Jaison and Shibu are both struck by the same forked lightning on the same fateful night, giving them exactly the same powers. They’ve both been looked down upon by the women they love, and along the way, Shibu and Jaison realize that they are, and always have been, strangers. There’s a reason you often hear villains in Hollywood movies saying things like â€œYou and I are a lot alikeâ€ to heroes. It is because they are; they were deliberately written as such.

In a sense, Jaison and Shibu were (re) born on an equal footing on that fateful evening; they are two sides of the same coin. But their circumstances transform them into very different individuals who undertake parallel journeys of biblical significance. In another world, they could have been friends, if not brothers. But as Jaison is touched and ultimately inspired by the stories of his late father, Shibu’s bitterness resurfaces when the only person he has ever loved is taken from him. “I alone know the value of my loss,” he cried. â€œNeither you nor I can do anything about it. “

They are bound by grief and prejudice – the same cop hurls a caste insult at Jaison, while significantly noting that Shibu is a Tamil. Minnal Murali is a vibrant superhero movie at first glance, but there’s an endlessly fascinating subtext on religion, class, and myth-making.

You might remember how in Iron Man 2, Justin Hammer and Ivan Drago use the same technology as Tony Stark. Or how, in Black Panther, Killmonger is literally blood related to T’Challa.

Minnal Murali exploits this drama for a good two hours, as it delves so deep into Shibu’s past that you might mistake him for the hero – he’s certainly in his own head, as he goes on a delusional mission to help a desperate woman. need that. But when it turns, followed by a wonderfully well done sequence on a farm, you don’t doubt it for a second. Those willing to stick with the film, as it takes winding narrative paths that may not always make sense to viewers who grew up in the style of American superhero cinema, will be rewarded.

Not only does this duality create gripping drama, it also forces you to consider the seemingly arbitrary factors that influence our outcome. It’s not like Shibu never felt compassion in his life – he did – but it broke him. It could be a case study of a man hungry for affection. Ostracized and defeated, Shibu placed undue importance on the first person who showed him love. And that became his downfall. But who can not relate to this?

The goal should never be to excuse the behavior of the antagonists in stories like this, but to explain it. At no point does Minnal Murali suggest that Shibu deserved to live, but fleshing him out for two captivating hours, it brought to light the tragedy of his inevitable death. Shibu didn’t have to die, you’re sorry; neither did he have to make the choices he made. But how many of these choices have been made for him? Was he always destined to turn like this, doomed to live a worthless life from birth? The “what ifs” are impossible to eliminate.

Not all heroes wear capes, they say. But they never tell you that it’s okay for some villains to look like middle-aged mustached uncles.