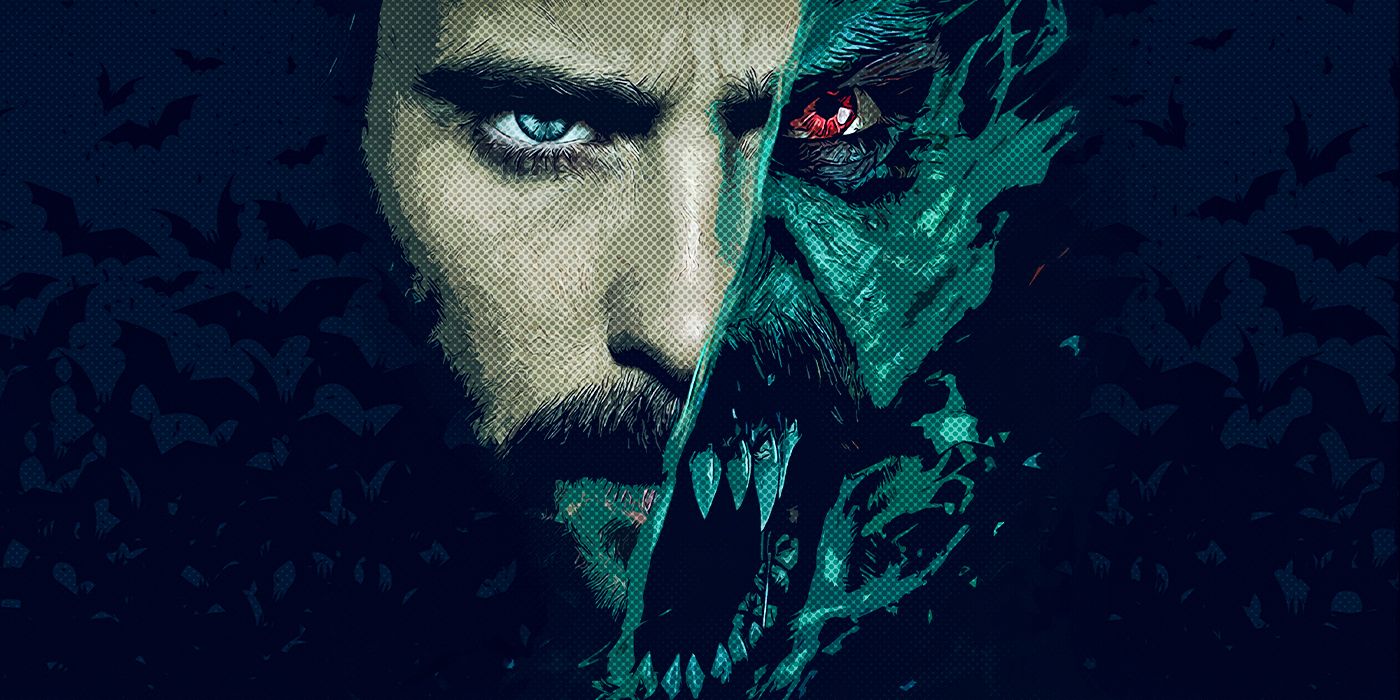 With the multiverse expanding into a number of movies and TV shows, it’s no surprise that we’re seeing a number of weird and less traditional heroes joining the fold, especially when it comes to characters from Marvel. Only one of these quirky new heroes is Morbiusthe vampiric protagonist of the movie of the same name, which hits theaters on April 1.

Long delayed by the pandemic, the latest addition to Sony’s Spider-verse – which now includes Tom Hardyit’s Venom and dakota johnson like Madame Web – brings Gucci House Star Jared Leto in the lap of Dr. Michael Morbius, a scientist suffering from a rare blood disease. When he seemingly finds a cure, he is ecstatic, only for things to go very, very wrong, leading him not to perfect health, but to a horrifying new version of vampirism that torments him and those he loves. .

Alongside Leto are also Adria Arjona, Matt Smithand Jared Harrisin a film directed by Daniel Espinosa and written by Matt Sazama and Burk Sharpless. Michael Keaton is also set to make an appearance, apparently as Adrian Toomes, his character from the MCU movie. Spider-Man: Homecomingbetter known as Vulture – and anything is possible, given that post-credits scene with Tom Hardy in last year Spider-Man: No Coming Home. Fans have also spotted other hints of the multiverse throughout the film’s trailers, though it’s yet to be revealed how much the vampiric antihero has to do with the Spider-verse in his outfit.

But what are the first reactions thinking? Morbius? Are critics and journalists fascinated by this new take on vampirism, or is Leto’s long-delayed antihero just another name taking up space in the huge canon of superhero movies? heroes (and villains)? Check out some early reactions to the film below:

Leo Rydel criticized the film’s visual effects, saying, “The CGI made me feel like I was watching Fantastic Four ’05.”

An early reaction said, “Jared Leto is better at it than WeCrashed.”

Russ Milheim pointed out that one of the main problems is that “No story sticks, and because of that, everything else falls apart.”

Some even called it “the worst Marvel superhero movie in a long, long time.”

Others seemed in love with the “vamp with camp”, like Simon Thompson.

Collider’s own Emma Kiely explained in her review:

“The central problem of Morbius is a lazy and uninteresting script. No weight or depth is given to any character. There’s little humor and when he tries to crack a tongue-in-cheek joke he fails miserably. Being kind of a villain origin story, it’s fair to draw similarities to Venom. However, Morbius lacks charm and devotion to its main character, hoping long action sequences and jarring images of Leto and Smith’s animated faces will make us forget how poor the script is.”

Maggie Boccella is a certified Babe with the Power and a lover of all things pop culture. She’s the editor of Weekday News at Collider and specializes in writing about feminist media and how much she loves Boba Fett. When not editing, she dabbled in painting, photography, writing fiction, and practicing her nonexistent skills with a lightsaber.

Sign up to the Collider newsletter for exclusive news, features, streaming recommendations and more