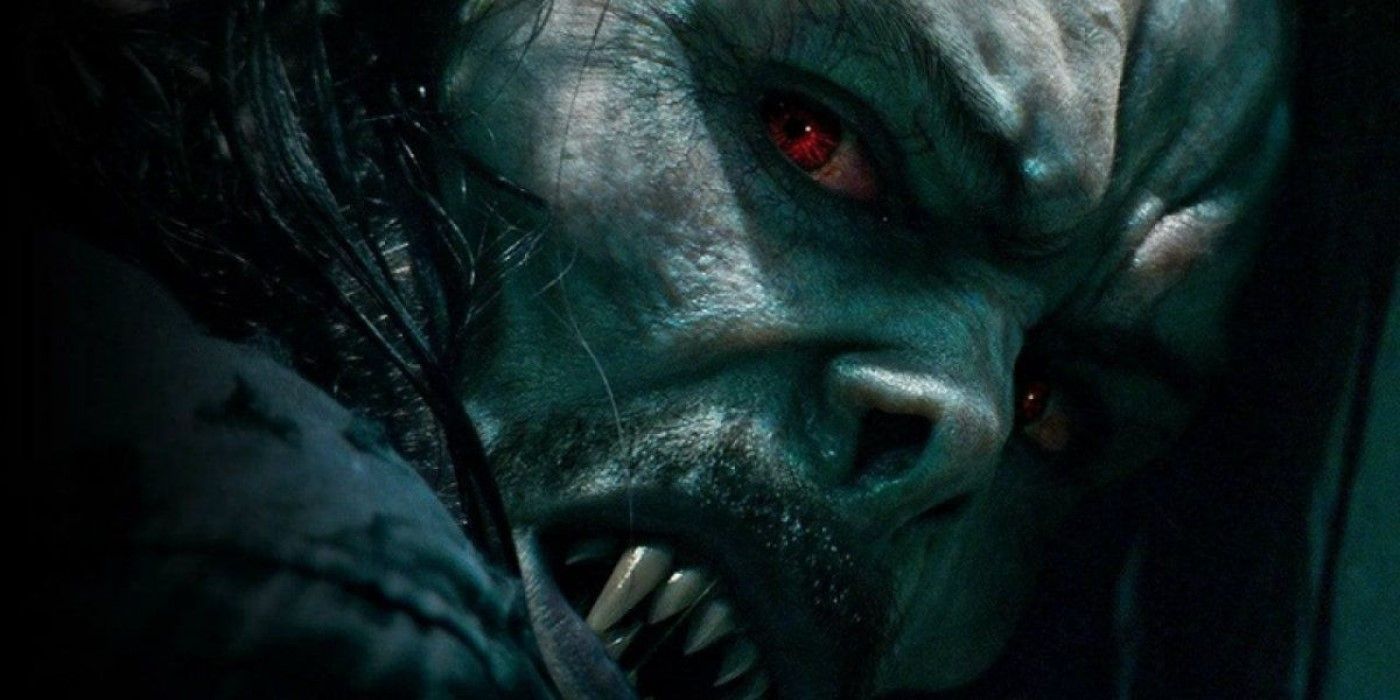 Remember Morbius? It’s been over a year since Sony released the first trailer for their new anti-hero film, and now we finally have more footage showing what to expect from Sony’s new chapter in Sony’s Spider-Man universe. (RIP Sony Pictures Universe of Marvel Characters, or SPUMC to save time).

Movie stars Jared leto as the holder of Dr Michael Morbius, a Nobel Prize winning scientist born with a blood disease who spends his life obsessed with curing his illness but ends up transforming into a so called “Living Vampire” while trying to find a cure. The film also stars Matt Smith, Adria Arjona, Jared Harris, Al Madrigal, Tyrese Gibson and Michael keaton, who will reprise his role as villainous Vulture.

While previous trailers have mostly focused on Morbius’ existence before his transformation, this latest trailer gives us a lot of vampiric Leto. There are several scenes of Morbius going wild, and like a look at a Bugle of the day shows, at one point, Morbius is “apprehended for ‘vampire murder’.” Towards the end of the trailer, Jared harris Morbius asks, “Are you here to heal the world, or destroy it?” To which Morbius replies, “I don’t know.” However, the trailer does have some fun nods to the bigger world that is built around these Spider-Man villains. Keaton makes a quick appearance and says that he and Morbius should “keep in touch”, and Morbius even gets a nice little joke at the end, where he claims to be Venom. After the success of Venom: let there be carnage, it’s no surprise that this new trailer focuses on the wilder, more unpredictable side of Morbius.

Daniel Espinosa directed Morbius from a script of Matt sazama and Burk sharpless, while Avi Arad, Matt Tolmach and Lucas foster produce the film. Earlier this year, Espinosa dropped a possible cameo from Venom himself, Tom hardy in the film, although it remains to be seen whether this was a real spoiler or just a coincidence.

As the final film in the universe formerly known as SPUMC, there is plenty to do Morbius. On the one hand, the appearance of Keaton’s Vulture indicates a more cohesive SPUMC than previously believed, which was later confirmed by the post-credits scene in Venom: let there be carnage which is built up to a Into the Spider-Verse as the future for the Sony universe.

Nevertheless, it should be borne in mind that Morbius was originally intended for the first before Venom 2, so it’s likely that there won’t be anything as big as what the post-credits reveal.

In the meantime, we must wait until January 28, 2022 for Morbius unleash his own carnage. Watch the new trailer below:

Let there be a kangaroo! 5 Spider-Man villains who need solo movies next

After Venom and Morbius, what Spider-Man enemies need solo movies next?

Rafael Motamayor is an entertainment writer and critic for sites like Collider, Observer, Rotten Tomatoes, / Film, IGN, etc. He specializes in writing about horror and animation, and longs for the day when a good animated horror project comes along so he can combine the two.