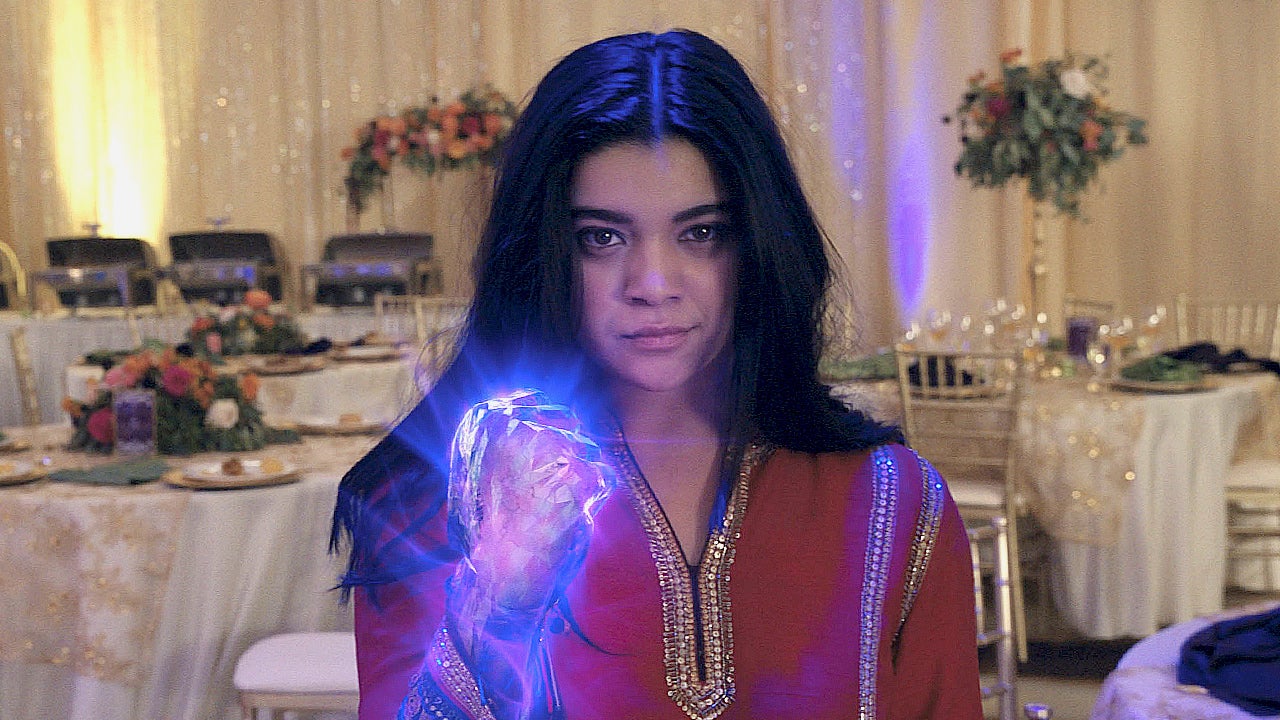 Warning: the following contains full spoilers for Season 1 of Ms. Marvel, which is streaming now on Disney+. For more, read our reviews of each episode below.

In the year and a half since Wanda Vision debuted on Disney+, the Marvel TV Universe has welcomed a host of new and familiar faces. Ms. Marvel is the only title that isn’t featured by a returning character or, in the case of Moon Knight, a leading actor. Considering this is a coming of age story, it’s only fitting that they chose a stranger to command this ship. Not that you know it, but Kamala Khan is Iman Vellani’s starring role as she confidently leads this origin story through the first season with an infectious charm. It’s a journey across continents and time, while providing a strong sense of community throughout its portrayal of the MCU’s first Muslim superhero. The six-episode series never loses its sense of wonder (or humor), enhanced by its bold color palette and striking visuals.

Pairing a high school story with a discovery of superpowers is a tale as old as Spider-Man, and there’s a risk of repeating the path taken by all version of Peter Parker. Luckily, Kamala steps out of that huge shadow, and Ms. Marvel offers a new perspective on the identity crisis that affects nearly every character who finds themselves capable of doing the extraordinary. There are different ways to describe this, and the MCU has covered a variety, from Moon Knight psychological crisis to Wanda’s use of sitcoms to shield her psyche from grief.

An exacerbated look at Ms. Marvel since her debut

Even before putting on the mystical bracelet, Kamala struggled to recognize her place in the world. By the end of the finale, she didn’t magically resolve this relatable existential dilemma; however, the newfound strength extends beyond the new jewelry she sports. Central to this growth is the changing dynamic with her parents and how the series subverts the strict mother archetype. Going from banning their daughter from going to AvengerCon without parental supervision to cheering on her heroic efforts is quite the leap. Considering all of this, it’s impressive that showrunner Bisha K. Ali has mapped out this change so well that it doesn’t feel contrived.

Rather than painting Muneeba (Zenobia Shroff) and Yusuf (Mohan Kapur) as two-dimensional characters with little room for change, previous episodes hinted at complexities. This awareness reflects how, as we age, we begin to see our parents as people who exist beyond their roles as mothers and fathers. Shroff gets the lion’s share of the emotional arc as she begins the series as the most guarded, but Kapur doesn’t just play the most open parent. Plus, it’s impossible to ignore the spark with his wife that hints at their wilder days.

Rather than staying in Jersey City, visiting Kamala’s ancestral home further adds to their rich history. In Karachi, the representation of generational trauma does not last enough the same winding train journey as Russian doll recently represented. Still, it’s an important exploration that illustrates the variety of storytelling within the MCU. Making peace with the past does not mean forgetting what happened; another strong point is the way history mixes with fantasy. Doctor Who often twists real events with fiction with great results (including an episode featuring the score), and Ms. Marvel picks up that slack and runs. Yes, it changes the source of Kamala’s powers from the original comic, but there’s a cohesiveness to this adaptation in the ripple effect caused by that breakup in 1947. Oscar-winning director Sharmeen Obaid-Chinoy digs into Karachi in the present and the love story that started it all decades earlier.

Considering how much has been pressed on the show, it’s no surprise that there are a few shortcomings. The finely painted Illegals have a clear purpose, but even with the Red Dagger explainer (with some nice visuals) and flashback scenes, there’s not much to this group of antagonists. The MCU’s TV outing stumbles when it comes to pairing the hero with a suitable foe, and Ms. Marvel doesn’t top Ethan Hawke’s recent turn in Moon Knight as outmaneuvering Arthur Harrow. It also doesn’t help that the way this group of warriors are caught and their subsequent escape is pretty goofy. Airing the Karachi action sequence and opening the veil over two episodes builds momentum. So when Najma (Nimra Bucha) makes her great sacrifice, it doesn’t pack the intended emotional punch.

The Underground is underused, but the introduction of Kamran (Rish Shah) and Kareem (Aramis Knight) means this story isn’t without merit. Not only are the two former enemies linked at the end, but Kamala must have not two, but three love interests. Ms. Marvel could have easily gone in the familiar love triangle direction; instead, there are seductive vibes with three teenagers. Unfortunately, she couldn’t kiss any of them (she was then close to Kamran), but the romance is often lost when the world needs saving. Each association shows his growing confidence and Vellani skillfully describes how each discovery leaves its impact.

Kamran’s arrival provides an entry point into their shared love of South Asian culture, and Ms. Marvel embraces references that add to her deep roots. I can’t tell you how many soundtracks have introduced me to new music, and this is no different. I discovered many firecrackers over the past few weeks. Aamir’s (Saagar Shaikh) wedding is an example of overlapping genres, beloved Bollywood songs (including amazing dance sequence) to Muneeba’s longtime love of Bon Jovi. Embracing both cultures shows how the Pakistani American teenager doesn’t have to choose one or the other. Laura Karpman’s score also taps into this notion as it hits the expected superhero theme notes alongside Bollywood-leaning beats.

Ms. Marvel is consistent with its themes and messages, which also helps it stick the landing.

The “first Muslim superhero” label carries a lot of weight and expectation, and Ms. Marvel isn’t shy about showcasing this community. The mosque is an important place and the way the DODC targets Muslims is not meant to be a subtle reading of its real-world parallels. Negative stereotypes about Muslims are portrayed so often in Hollywood that it marks a refreshing (and significant) shift. Nakia (Yasmeen Fletcher) is underwritten in the pilot but fleshed out in the second episode when she’s managed to earn a spot on the mosque’s board of directors. Unfortunately, the teenagers who don’t have powers are missing in the middle of the story, which is another casualty of covering too much ground.

However, all of these threads come together in an emotionally charged (and fun) high school showdown that incorporated Kamala’s group of friends. Returning directors Adil & Bilall recapture the exuberance of the pilot during this sequence with fast camera movements, a powerful soundtrack and enough energy to power the Jersey City power grid. The community is at the heart of this battle inside and outside of the school, and Ms. Marvel is consistent with its themes and messages, which also helps it hold the landing – something other shows like WandaVision, with its extended, snorted final fight.

Like Hawkeye, Ms. Marvel explores the experience of growing up in a world with the Avengers. While Kate Bishop (Hailee Steinfeld) had a reluctant Clint Barton (Jeremy Renner) to guide her, Kamala’s support system consists mostly of other teens and her family. Her journey has only just begun, and Brie Larson’s genetic mutation bombshell and mid-credits reveal Kamala’s upcoming role in The Marvels. Thankfully, the first season of Ms. Marvel doesn’t seem like a way to introduce this character into the main story before ditching this corner of Jersey City. Without a doubt, Vellani is the star of the breakout, equally adept at conveying garish enthusiasm as he is portraying uncertainty and fear. But just as Kamala doesn’t walk alone, the show’s success also lies in the supporting cast that makes up Jersey City’s wealthy community.