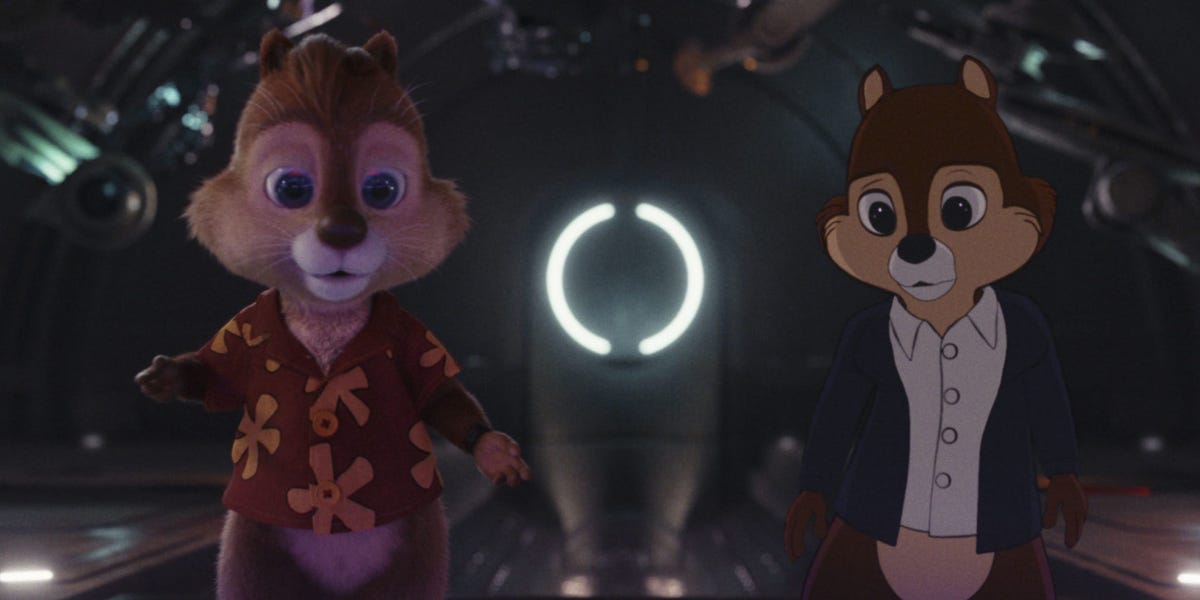 “Chip ‘n Dale: Rescue Rangers” is a new action comedy starring Andy Samberg and John Mulaney as Disney’s classic chipmunks brothers. You can watch the film exclusively on Disney Plus.

The film offers a satirical look at Chip and Dale’s life after their 1989 cartoon series ended; the pair live in a version of Los Angeles where cartoons and humans share the same world. Dale has had CGI surgery that makes him look 3D while Chip struggles as an insurance salesman. The couple have been estranged for years at the start of the film, but find themselves pushed back when a former member of their show goes missing.

Check out the trailer for “Chip ‘n Dale: Rescue Rangers”

“Chip ‘n Dale: Rescue Rangers” is filled with cameos from other Disney cartoons like “Peter Pan,” “The Lion King,” and “Aladdin.” The voice cast also includes tons of cameos from Seth Rogan, JK Simmons, Will Arnett, Keegan-Michael Key, and more.

You can watch “Chip ‘n Dale: Rescue Rangers” on Disney Plus. The movie is a

exclusive, so it won’t be released in theaters. Disney Plus costs $8 per month or $80 per year.

The full movie was released on May 20 and it’s rated PG, so it should be suitable for kids, with parents’ discretion.

You can download the Disney Plus app on iOS, Android, PlayStation, Xbox, and most brands of smart TVs and streaming players. You can also access the service through the Disney Plus website to watch online.

What else can I watch on Disney Plus?

Disney Plus is also the streaming home of the Marvel Cinematic Universe, Star Wars, Pixar movies, “The Simpsons” and a huge library of Disney content. For more details, check out our complete Disney Plus guide.