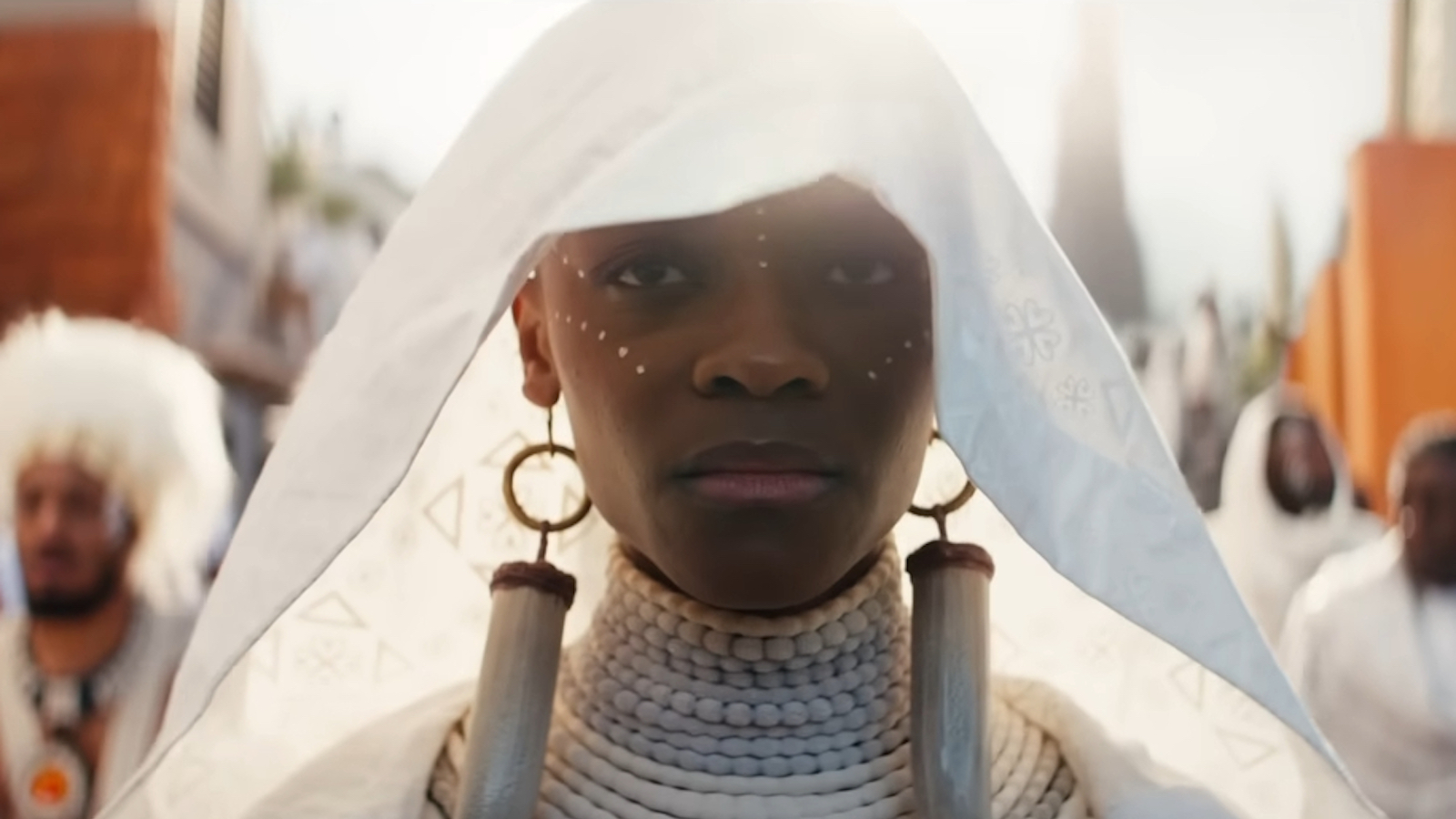 The best moments of Black Panther: Wakanda Forever, come when the film lets the characters and the audience cry together. Through ceremonies, dialogues or even reminders of previous films, wakanda forever is as much a eulogy for the late Chadwick Boseman as it is another entry into the Marvel Cinematic Universe, for better or for worse. It was inevitable that the film would have to address the gruesome and untimely death of Boseman, who had ruled the franchise as King T’Challa since the character’s introduction in 2018. Thankfully, wakanda forever handles that loss with grace and nuance, acknowledging the mess of grief and anger that can accompany a death as monumental as this. At its best, it’s a heartbreaking, empathetic examination of grief mixed with jaw-dropping action and spectacle. At worst, it is sometimes wrapped up in its own trappings.

Opening with the death and jaw-dropping funeral of King T’Challa, the film wastes no time in paying homage to Boseman. We never see a recreation of Boseman during these sequences (thank goodness). Instead, we see Angela Bassett and Letitia Wright as Queen Ramonda and Princess Shuri, respectively, show us the emotional truths of their characters in those moments, and so we’re there with them emotionally – a masterful choice and respectful from director Ryan Coogler. After this loss, Ramonda and Shuri must contend with a world that wants to exploit Wakanda for its access to vibranium, as well as deal with the grief of losing a loved one. A year passes and we find Ramonda and Shuri on very different paths in their journey with grief. Ramonda wants to help Shuri through her grief and decides to take her to the bush to burn funeral clothes, signifying the end of the mourning period for both of them. Shuri refuses, too angry to let go. It’s here that we meet Namor (Wonderfully Sullen Tenoch Huerta), the leader of the undersea nation of Talokan, who also possesses vibranium. He wants to protect his people from exploitation by the outside world, much like the Wakandans, but Namor isn’t afraid to bleed his hands to do so. This is one of many places where the film’s central tension (similar to that of the first film) comes up – should you burn the world down to protect yourself or find a more convoluted and peaceful solution?

Without giving too much away, the movie leans towards peace, but not without some stunning action sequences, devastating destruction, and plenty of CGI-first use. The use of the show in wakanda forever is both like and unlike other Marvel movies before it: there are times when the CGI can be a little janky, the action scenes a little too long (definitely more of a cinematic universe issue), but the technology and effects really work sings when it needs to. Specifically, when the film reveals Telokan’s incredible underwater utopia, I felt a spark of awe I haven’t felt while watching a Marvel movie in a long time. Seeing the citizens of Telokan hold and glide with the whales, float past each other between their city’s structures, and rally for their miles under the waves was breathtaking and made me feel more optimistic about using future of CGI in Marvel movies in general. Speaking of Telokan, the path wakanda forever respectfully weaves in indigenous language, artwork and culture into the story is every bit as breathtaking as any underwater spectacle. It’s a testament to the nuance and care at work in the film that I couldn’t bring myself to completely root against Namor and his people. Learning and spending time with Namor and the people of Telokan contributed to some of the strongest parts of the film.

Indeed, when the film embraces its wonderful energy through the practical and effective use of CGI, it feels more grounded. Likewise, performance in wakanda forever ground the film in real emotional truth. The main cast of familiar faces, featuring Bassett and Wright, Lupita Nyong’o, Danai Gurira and Winston Duke, take us with them on their transformative journeys in the face of so much loss and change. New cast members, like Dominique Thorne (who is perfect as Riri Williams, AKA Ironheart prodigy), Michaela Coel (brilliant in her short screen time as Aneka, member of the Dora Milaje) and Huerta (brooding, in charge of real glorious goal, sorry Loki), adding new faces and a wider range of emotional stakes to the story.

wakanda forever has a strong foundation and heart but suffers from endemic issues in other Marvel titles. There’s the sometimes janky CGI mentioned above, the overstuffed fight scenes that could have used a tighter cut or edits, and a formulaic structure that can make any Marvel movie predictable, while working against it. . However, these issues are more of a Marvel issue, and when wakanda forever manages to lean into the more authentic, earnest, and nuanced aspects of its story and characters, that’s when it really shines. Luckily, it shines for much of its 161-minute runtime, making for a rare marriage of heart and spectacle that lands perfectly. It also allows us to experience grief in all its complexity, a rare thing in movies, let alone blockbuster superhero franchises. This catharsis alone is worth celebrating after so much loss.

MCU and PlayStation Spider-Men reportedly set for ‘Spider-Man: Across the Spider-Verse’