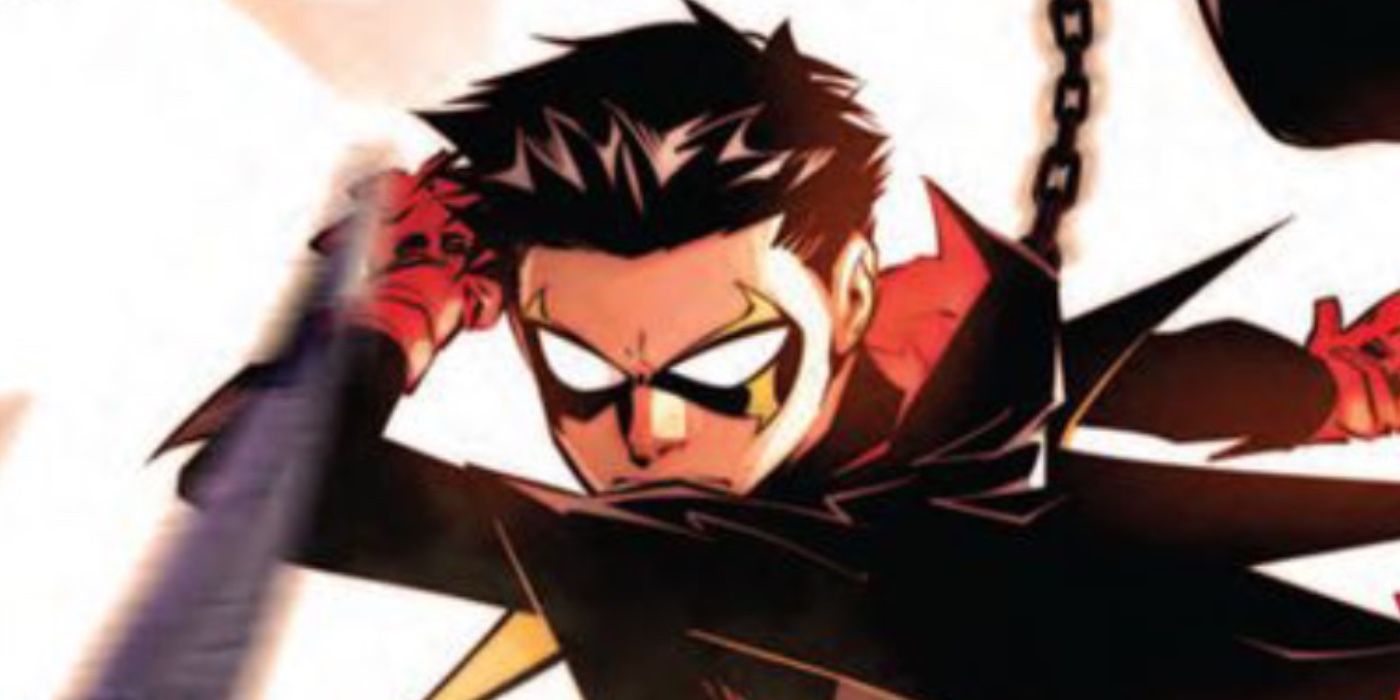 Robin takes down rivals as the deadly tournament finally begins

In a special Robin # 6 preview, on sale next week, Robin unleashes his fury in the League of Lazarus tournament, slaughtering his opponents.

Potential spoilers for Robin # 6 before!

As the League of Lazarus tournament finally gets off to a good start, Robin slaughters its rivals. In a special preview for Robin # 6, on sale September 28 in print and digital versions, Batman’s former sidekick unleashes his fury on his fellow fighters, some of whom feature faces familiar to readers.

The last Robin the series follows Damian Wayne as he sets out on his own. Mourning Alfred Pennyworth, Damian entered the League of Lazarus tournament. This unique tournament, hosted on a mysterious island built on top of a giant Lazarus pit, is made up of some of the most brutal fighters in the DC Universe; Robin has so far met ReSpawn, who looks a lot like Deathstroke as well as Connor Hawke, the former Green Arrow. The tournament allows deceased fighters to return up to three times via the Lazarus Pit, and the tournament doesn’t even fully start until everyone has died at least once. The winner obtains immortality. This condition has been met, and now the tournament is ready to step up a gear in a special preview for Robin # 6, written by Joshua Williamson, with illustrations by Gleb Melnikov, colors by Luis Guerrero and letters by Troy Peteri.

DC shared an exclusive preview with Comic Book Resources, including interior art as well as the regular coverage of Melnikov and the Francis Manapul variant. The pages show Robin taking on Blue Shrike, half of Double Dare, a pair of Nightwing villains; Blue Shrike promises to avenge his brother, to which Robin replies, “Whatever”. He then fights Tengu, with whom he has also meddled before. Robin does a quick job of each of them. Other tournament previews are also included, as fighters fight for the chance to live forever. At the end of the preview, Mother Soul walks up to Robin, advising him to be patient during the tournament. Robin is sure she’s up to something and swears to find out what it is; Mother Soul is apparently puzzled.

Before becoming Robin, Damian Wayne was raised by his mother Talia ‘al Ghul and the League of Assassins to be one of the most ruthless killers on the planet. Damian’s stint as Robin was full of examples of Batman ruling him, as he struggled not to give in to his basic instincts. Batman has managed to temper Damian, but the League’s formation runs deep and even years after leaving them, he still retains his killer instinct. Unlike Gotham City, however, here Damian can detach himself, knowing that anyone he kills will be resurrected later. Damian does exactly that here, brutally sending both Tengu and Blue Shrike off. However, these were lower ranked opponents – how will he fare against Connor Hawke? Or ReSpawn?

The League of Lazarus tournament promises immortality to the winner, and now that they’ve stepped up a gear, Robin is ready, slaughtering his opponents on the way to the top.

Next: The Justice League Is Too Afraid To Talk About Batman’s Robin Problem

Shaun Corley is a pop culture enthusiast living in the Pacific Northwest. After stints in customer service and academia, he turned to writing about comics – his lifelong passion. He graduated from Radford University, with a degree in English. When he’s not reading comics, he enjoys spending time with his fiance and their dog.

Adam Warlock is expected to appear in Guardians of the Galaxy Vol. 3