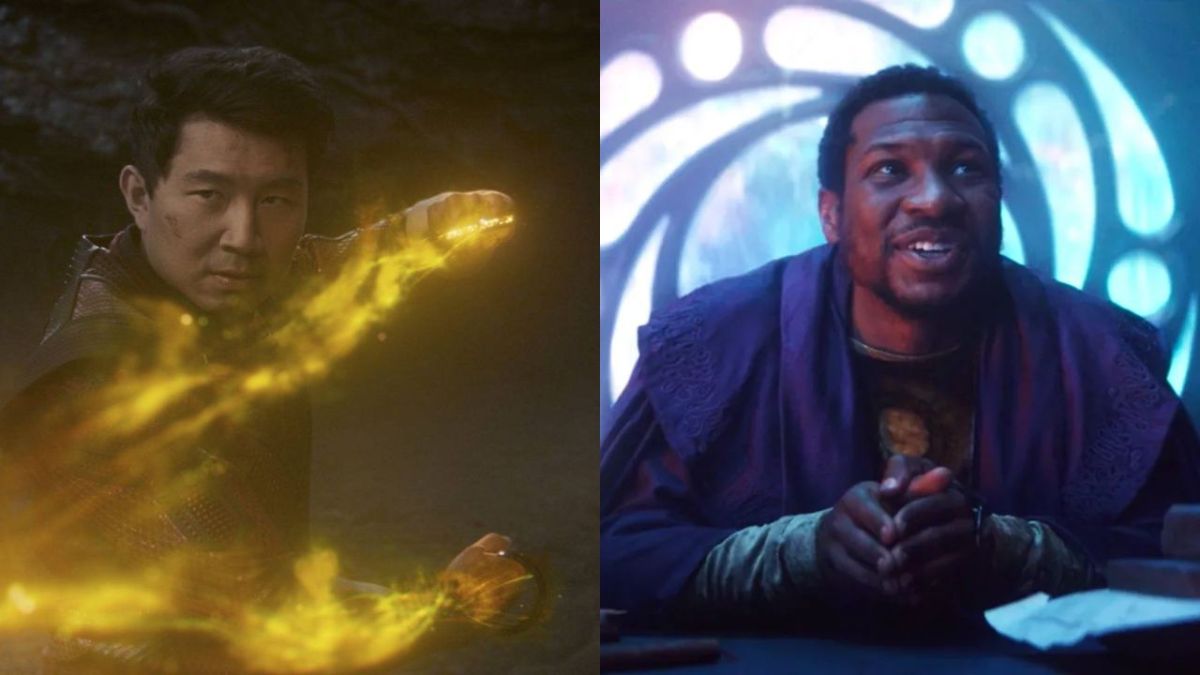 We already know that Jonathan Major’s Kang will be a major force to be reckoned with in the Marvel Cinematic Universe. There is a next avengers movie with the character’s name on it, after all. But the MCU isn’t the only place Jonathan Majors will kick ass. A new photo of Majors on the set of Creed III has been revealed and at least one Marvel hero is shaking in his boots.

Simu Liu, who played Shang-Chi in Shang-Chi and the Legend of the Ten Ringsand will do so again in the future, posted a photo of a straight Jonathan Majors. Not only does Majors look like a walking brick wall here, but he looks like an angry wall, and as Liu says on Twitter in unequivocal terms. If this is what Kang looks like, the Avengers are going to be blown to dust.

We knew Jonathan Majors was going to have to gand in great shape to star alongside Michael B. Jordan in Creed III but it’s the best glimpse we have yet of what that means, and he’s sure to be a towering opponent. Adonis Creed is no small man, but it looks like this character is going to absolutely eclipse him.

One thing seems clear is that between Creed III and the Marvel Cinematic Universe Jonathan Majors is going to be a big part of the big screen for some time to come. By the time he’s finished Majors is going to be a massive starhis acting talent was already well known, which is how he ended up with those high profile gigs in the first place.

Of course, even though it will be a few years before we see Kang face off against the Avengers, in the aptly named Avengers: Kang Dynasty, we’ll see Jonathan Majors as Kang before that. We know Kang will appear in Ant-Man and the Wasp: Quantumania and it will probably also appear in other places. Beyond that, there’s a good chance we could see various multiverse versions of the villain appear over the next two phases.

So it’s entirely possible that at least one version of Kang looks like this. Personally, I’d like to see a version of Kang who can take on the Hulk one-on-one or just physically crush several of the Avengers. It would be cool to see multiple versions of the character appear with different strengths and weaknesses. Maybe when Creed III hits theaters next year it will inspire Marvel with new ideas.

An Uncharted director is developing the AAA game Fantastic Four