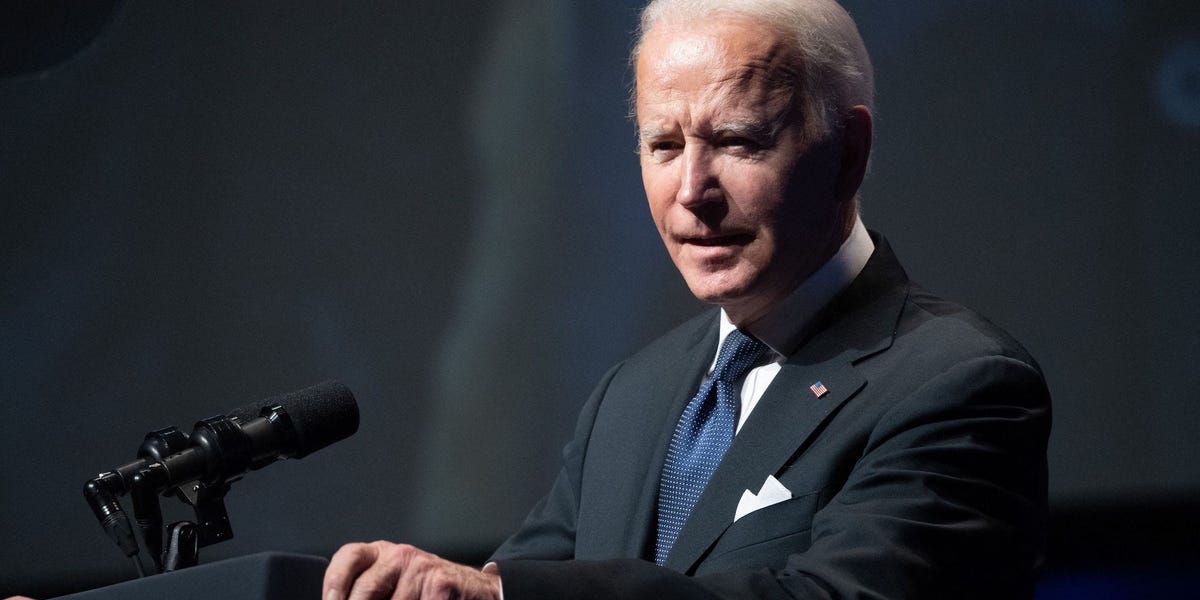 A reporter then asked if there was any data behind Biden’s claims.

The Sony and Marvel Studios film has gone through the $1 billion at the global box office late last month.

When another reporter asked about the testing issues, Biden replied, “Want to know if you have COVID-19? Look at your hand. Does it have a ticket to ‘Spider-Man’ in it? If so, you have COVID-19.”

COVID-19 cases have jumped in recent weeks with a record one million cases recorded in 24 hours.

When reporters asked about other “problems facing Americans” like inflation or the right to vote, Biden responded with “Spider-Man.”

“You think people can focus on voting rights when Spider-Man’s Aunt May is a scary smoke show?” Biden asked.

After a reporter asked if the real reason the suffrage bill didn’t pass was because Democratic members of Congress refused to get rid of the filibuster, Biden replied. : “It’s true. Spider-Man has his villains. I have Joe Manchin and Kirsten Sinema.”

Manchin and Sinema blocked passage of the Freedom to Vote Act as opposed to create an exception for filibuster.

Johnson’s Biden poked fun at himself by joking that there’s a Biden in another universe who wants people to see “Spider-Man.” He added that he consulted with Marvel’s Dr Anthony Fauci and Dr Strange and came to the conclusion that there were at least three Joe Bidens: himself, the one who lost to former President Donald Trump, and the one who is the “greatest president in history”. .”

The segment ended with Pete Davidson going through a portal as the “real world” “Cool Joe Biden”. Davidson’s Biden tells everyone they live in a universe that was created as a joke when the Chicago Cubs won the World Series in 2016, but now could come crashing down at any moment.

Johnson’s Biden asked Davidson if he was still president in the real world.

” Of course not. Did you really think you could lose four times and finally win at 78? Davidson’s Biden responds.

While Davidson’s character warned the portal would close, Johnson’s Biden said he would return after passing Build Back Better.

“Even in the real universe, this thing doesn’t pass,” Davidson replied.