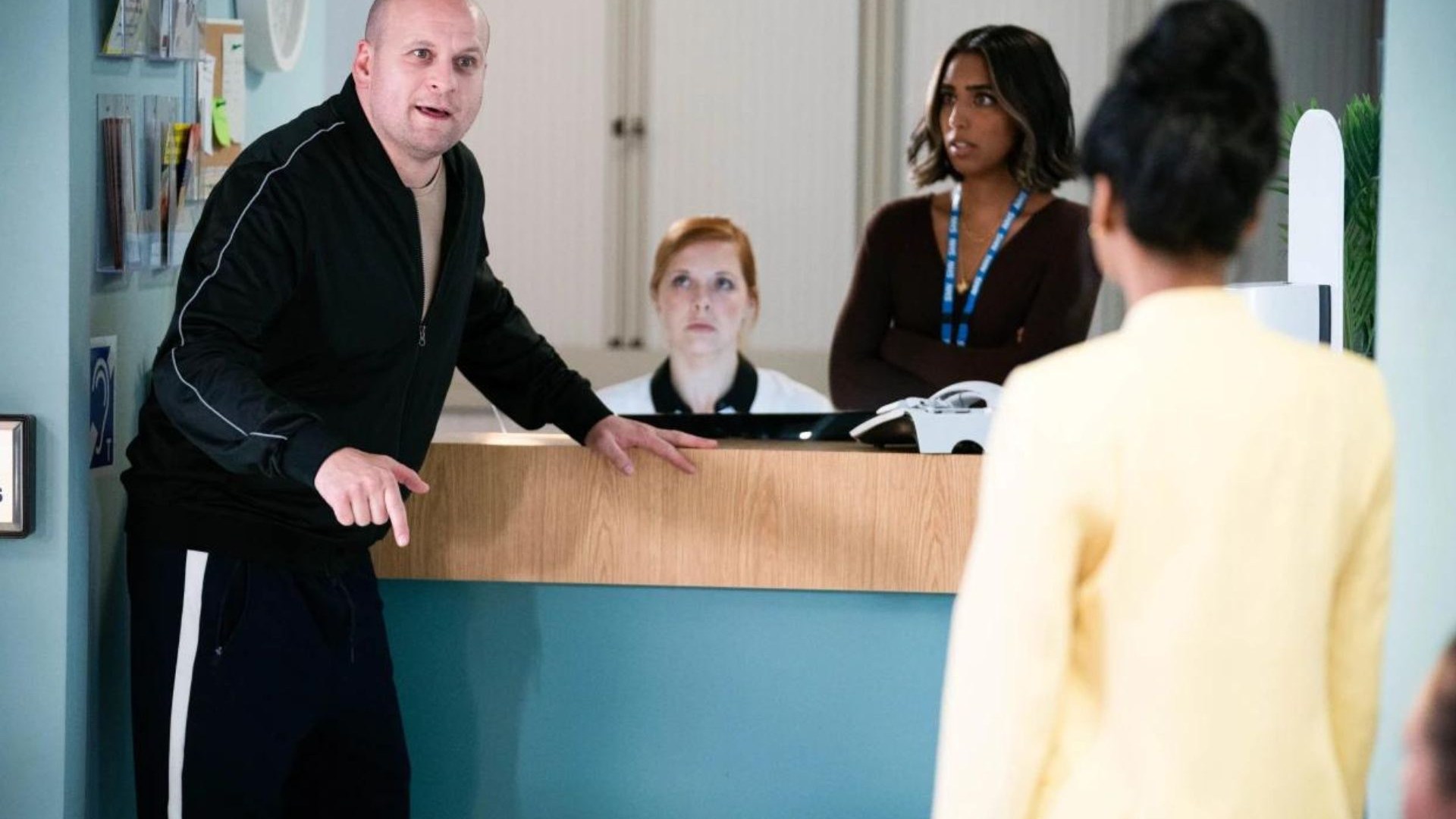 Spoilers EastEnders – Inside the spectacular Walford exit of Stuart Highway; as well as news from Coronation Street and Emmerdale

Emmerdale star Mark Charnock has revealed an update on Marlon Dingle’s ongoing story after his stroke in March.

Speaking to Digital Spy about the slow approach to the script, Mark said: “[Soap is] the only form of drama where you can do it like that, really. Where you can make day-to-day changes – literally. So we are very lucky in that regard.

“These little incremental changes that take place – the lows and the highs. I think soap is the only form of drama where you can tell a story like this in such detail.

On the next steps in Marlon’s recovery, he continued, “Who knows where he will be? The rate of recovery can vary considerably. I don’t know where he’s going to be in a few months, but that’s what’s great.

“Every time you get a script you see little differences that they start to put in place. Obviously, I’ve had conversations about where he might be in a few months, but they want to take their time with that. It is important that they do not rush.

“It’s really important that he takes his natural time. So I would like him to go back to work – it would be huge for him. I imagine that when he returns to work, he will not be the same – it will present enormous challenges. But he’s a workaholic, he loves his job. I think that would be a good thing for him.

She-Hulk finally answers if Captain America was a virgin