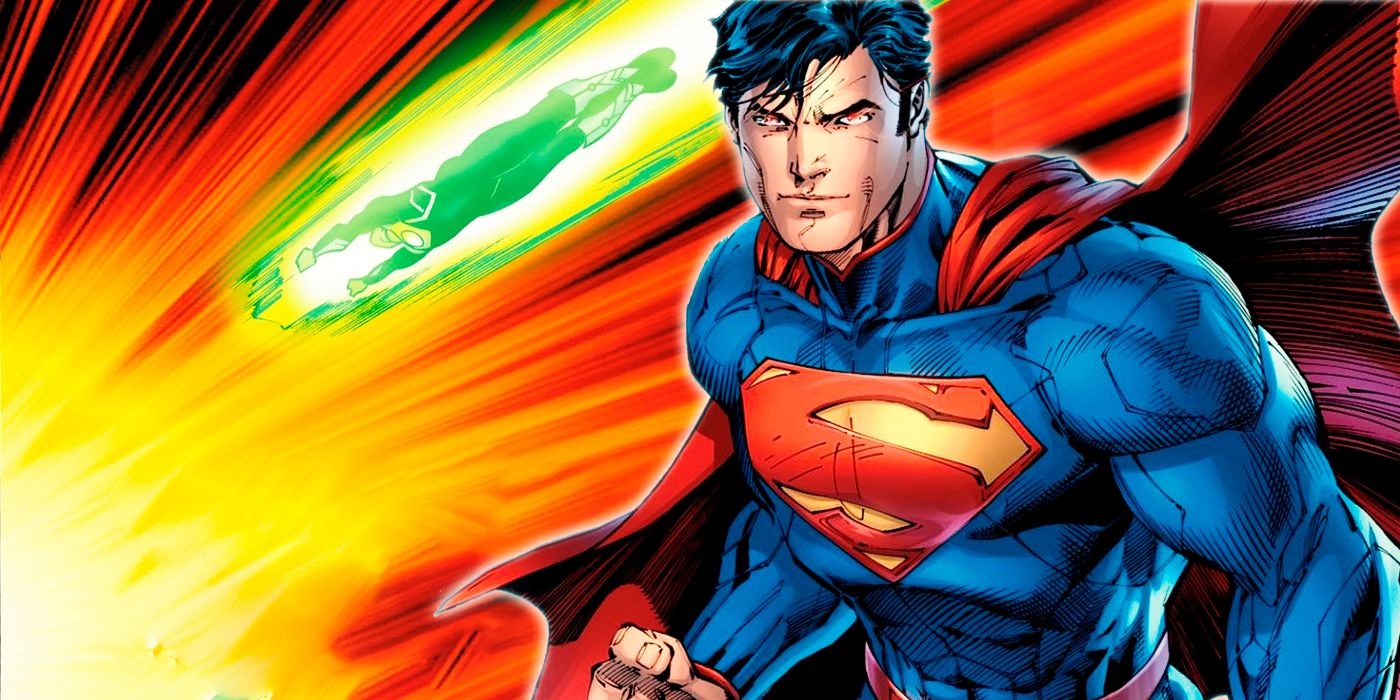 A fan favorite superhero just found out how he could get more powerful than even someone like Superman.

The Green Lantern put an entire corner of the DC Universe in an unexpected situation thanks to the destruction of the Central Battery. As a result, almost all of the Green Lanterns were sent to the wringer. But, no ancient Lantern has lived as long as John Stewart, who discovered that the power within him can be stronger than any other Lantern – or almost any other hero, for that matter.

RELATED: DC Vs Vampires Glow In The Dark Variant Reveals The Truth About Hal Jordan

Since the destruction of the Central Power Battery, the Green Lantern Corps has been wiped out. Only a handful retained their rings, while most of the older lanterns were left without power. Simon Baz and others turned to technology to replace their lack of weapons, but another Green Lantern veteran found a far more powerful source of energy. John Stewart understood how to embrace the energies entrusted to him by the Guardians during his tenure as Mosaic and reached a new level of power during his travels through time. He recently had the chance to fully explore the use of these powers alongside the new god Lonar while facing off against Esak.

Esak drained the life force of various aliens to create a divine entity known as the Lightbringer – drawing the attention and wrath of Stewart. Despite many blows that should have killed him during the battle, John Stewart turns out to be fine. As Lonar explains, this is because John’s current form allows him to tap into cosmic energy from across the universe. Over time, it will only get stronger and gain even more stamina. Indeed, John is becoming more and more powerful – potentially absorbing all kinds of energy from the universe. John is comparing himself to Superman at the moment, but Lonar suggests that John may actually have more potential than the Man of Steel.

RELATED: Marvel Just Proved How ‘Easy’ It Would Be To Kill DC’s Green Lantern

Lonar maintains that even though the Kryptonians only collect solar energy, almost any cosmic element can be used to empower “the Chosen” like John. Ultimately, with this recognition, John is able to draw pure energy into himself, creating an explosion powerful enough to destroy the Lightbringer that Esak was building from the absorbed life force. Indeed, John is officially at least operating at the power levels of the new gods. The idea that his new form could absorb energy from almost any source suggests that he could truly be on the verge of becoming one of DC’s most powerful figures. In theory, John could even become just as powerful as Superman – and step it up even more due to his adaptive ability to absorb other energy sources as well, not just feeding on the sun.

It’s an impressive twist for the former Green Lantern to discover, potentially granting him one of DC’s most important abilities. By feeding on the cosmic powers of the universe, John Stewart may have just found a way to transform into the DC version of the Silver Surfer. He might become more powerful over time, and his extensive training in handling the Green Lantern Ring means he will likely have a good grasp of his newfound power. It’s a huge step forward for John Stewart and his importance in the DC Universe. A step that could see John take on a much bigger and more open role in the future – especially with elements of New God like the return of Darkseid threatening the entire universe.

KEEP READING: Who Was DC’s First Green Lantern – and Why Everyone Forgot About It?

EXCLUSIVE: Hulk # 2 presents its own terrible version of DC’s authority