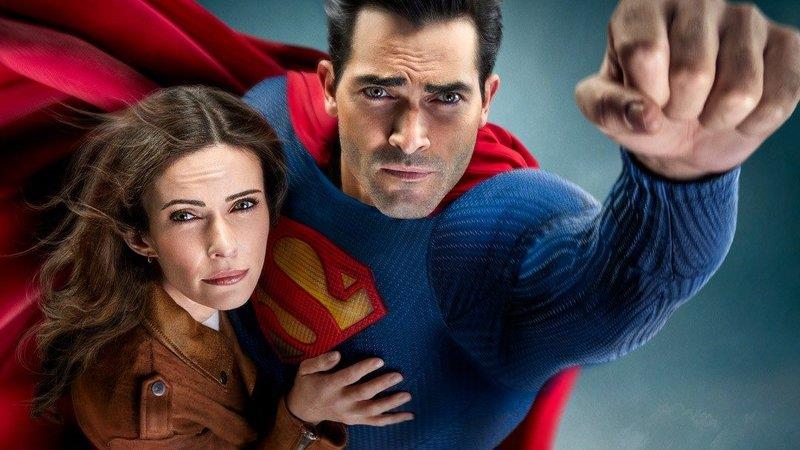 After two seasons, Superman and Lois finally revealed how it connects to the bigger Arrowverse…and we also have an intriguing Season Three tease that sets the stage for the return of a fan favorite.

As fans debated how Superman and Lois is tied into the biggest Arrowverse since the series began, it seems like we finally have an answer, and it turns out that it doesn’t.

Well, not in the traditional sense, at least.

Thanks to a timely speech by General Sam Lane (Dylan Walsh), we learned that Superman and Lois does not take place on Earth-Prime with sister shows super girl, the flashand the rest of the Arrowverse, but is actually set on its own Earth, where Clark Kent is the planet’s only known protector.

Speaking to his grandsons Jonathan (Jordan Elsass) and Jordan (Alex Garfin), Lane told them: “I’ve worked for the DOD for a long time. I’ve seen things you wouldn’t believe – glimpses of other worlds and the leagues of superheroes they have on them. And even if we only have your father on this planet, thank God, because he is the best on the whole Earth.”

In an interview with TV Line, showrunner Todd Helbing confirmed the twist, and it seems the plan has always been to keep this series separate from the rest. “From day one, there were questions about how we were connected to the Arrowverse. If you go back to the first script sent to Warner Brothers and DC, it had a lot of references to other heroes like The Flash. There were times when we were filming, and I think I’ve said this before, but there was a picture of Kara on Lois’ desk at the Daily Planet. All of that was slowly pulled out, and the more we did that, the more of a Pandora’s box it became to mention.”

He keeps on, “DC and I had a conversation during Season 1, and the decision [to keep Superman & Lois separate] was made at the time, but I couldn’t release it until the end of this season. So when I got all these questions [in previous interviews], I knew what we were doing, but I could never talk about it. It got a bit frustrating on my part, but I fully understand DC’s position. So that ended that. I said from the start that we wanted to put our own stamp on Superman’s property. This wasn’t meant to take us away from the Arrowverse, but because a lot of other shows will unfortunately no longer air, it was the right thing to do.”

This would explain why we haven’t heard anything about Kara Danvers, and apparently suggests that the Girl of Steel hasn’t arrived on Earth in this universe yet. Whether we could see Melissa Benoist reprise the role at some point in the future remains to be seen.

On a related note, with the show taking place on a different Earth in the vast multiverse, it’s also now been confirmed that the Diggle (David Ramsey) we saw in Metropolis, including in tonight’s finale, is a different Diggle of the one who used to race with Oliver Queen (Stephen Amell).

“It’s also a new Diggle. David Ramsey had grown out his beard and let his hair grow out. He called me and said, ‘I grew out my hair, I look different. Do you want me to shave and have my hair cut? So, not to add more confusion, but this is a different Diggle.”

As for what’s next, it looks like Diggle could have a bigger role to play next season by teaming up with John Henry Irons (Wolé Parks) to investigate Bruno Manheim and Intergang, which should be very interesting.

There will also be many exciting changes coming for the Kent family next season as they adjust to several people – including Chrissy – now knowing Clark’s secret, a new Fortress of Solitude and a free Tal-Rho. (Adam Rayner), who may be looking for some redemption.