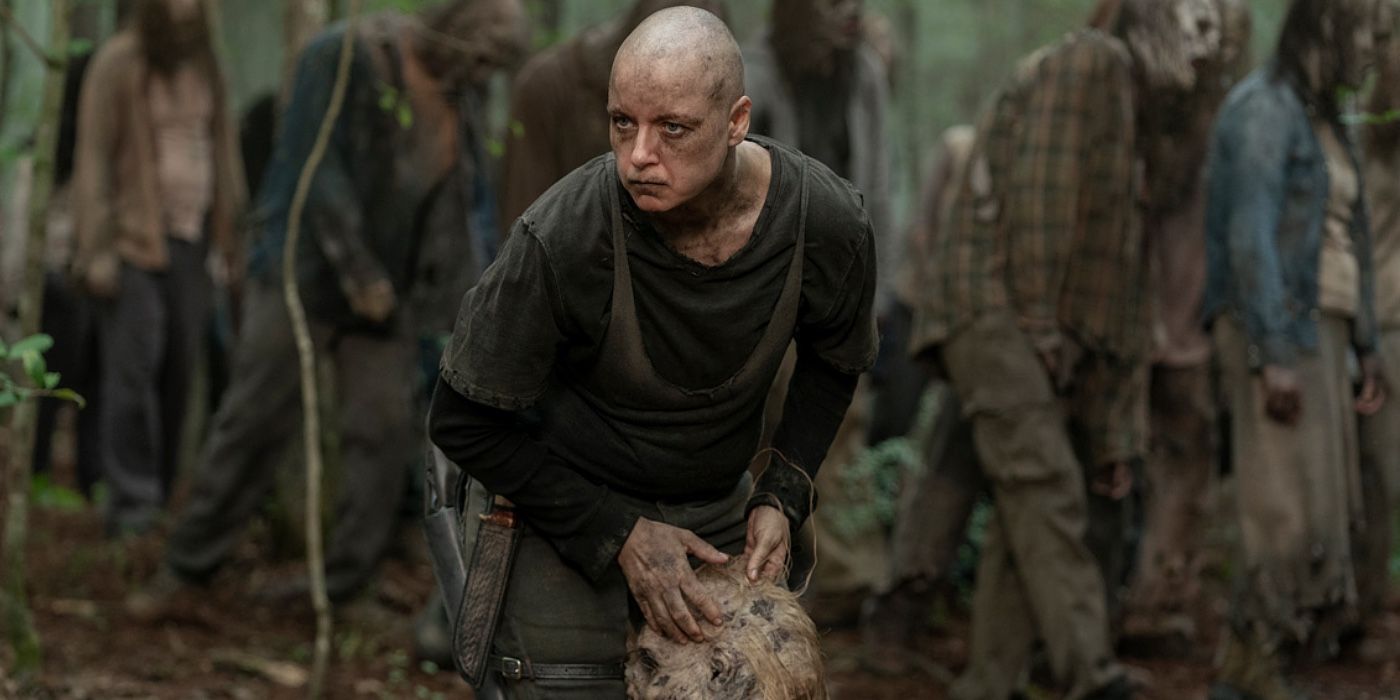 The following contains spoilers for Tales of the Walking Dead Season 1, Episode 3, “Dee,” which airs Sunday, August 28 on AMC.

As we approach the third episode of Tales of the Living Dead, the commercialized story seems totally pointless. In this episode of the anthology series, an original Walking Dead The character returns: Alpha is now “Dee”, a woman ready to do anything to protect her child. The plot’s ending makes a pretty big reveal about its origins, but it contradicts another part of its backstory.

The Walking Dead gave Alpha/Dee two stories – one describing her descent into “survival above all else” mode and another where she encountered Beta and seemingly launched the Whisperers. After these two flashbacks, the story of Alpha and the Whisperers should have been over. Tales of the Living Dead doesn’t have enough, and one shocking detail proves the franchise will wring out any character at the expense of their own canon.

The Walking Dead Season 10 Episode 2, “We Are the End of the World,” saw Alpha and her daughter Lydia encounter Beta at a rehab facility a few years after the outbreak began. None of them had adopted the skill of wearing a dead man’s skin to blend in with walkers, which is Whisperer’s signature trait. Alpha suggested to Beta near the end to wear his deceased best friend’s mask, which many assumed was the origin of the Whisperers. But Tales of the Living Dead reveals that wearing the skin of the dead was never Alpha’s idea. In fact, she wasn’t even there. first Whisperer.

In the best scene of the entire series, Dee has to consider killing Lydia. The little girl is unprepared for the apocalypse, which reinforces that adults are in better shape than children in these situations. But in Lydia’s defense, she’s being raised by a mother whose love language is harsh and selfish. When she swears she hears fairies talking to her in the forest, Dee thinks Lydia doesn’t even live in the real world. Before killing Lydia, Dee also begins to hear the voices of “fairies”. Turns out there were no fairies (although it wouldn’t be shocking if Tales of the Living Dead tried to remove the existing fairies after the previous time merge episode). The whispers came from a group of people who wear the skins of the dead – whose leader knocks out Dee.

The leader notably has blonde hair, seen when she takes off her mask. In the final scene set some time later, Dee talks to a blond-haired Mask, telling him that she wouldn’t have become Alpha without her. Alpha’s signature mask is the skin of the former Whisperer leader, who could very well be the first Whisperer. The reveal is exciting and all, but now Alpha’s backstory in season 10 doesn’t make sense. Season 10’s flashback takes place after she met the original Whisperers… so why wasn’t she a Whisperer when she met Beta?

RELATED: Tales of the Walking Dead Gave a Terrifying Look Inside the Minds of Walkers

One possibility is that Dee wanted to be the new Alpha, but didn’t have the strength. It doesn’t fit her character to leave the Whisperers for anything other than firepower, as she was dedicated to the Whisperer cause. When she recruited Beta, an undeniably intimidating figure, she had someone to fight for her. This idea also matches his determination to speak to a reclusive beta in the flashback. The underlying problem with this theory is that Dee still doesn’t wear a Whisperer mask – a practice she surely would have adopted by then.

While contradicting the canon of the TV series, Dee’s recruitment into the Whisperers is actually true to the comics. Her comic book counterpart suggests that she joined the Whisperers and had to fight for her place as leader. Her story was told by word of mouth, which never complicated the details of her life.

The problem that arose when Tales of the Living Dead chose to tell Alpha’s backstory for the third time is that it added an unnecessary complication. If that little detail about the Whisperers had been omitted from the script, the confusion wouldn’t be a problem. In fact, it would have improved the episode by leaving Tales of the Living Dead get out of The Walking DeadThe crushing shadow of Whisperer – no matter how alluring the original Whisperer reveal was.

New episodes of Tales of the Walking Dead air every Sunday at 9:00 PM ET/PT on AMC and premiere a week earlier on AMC+.