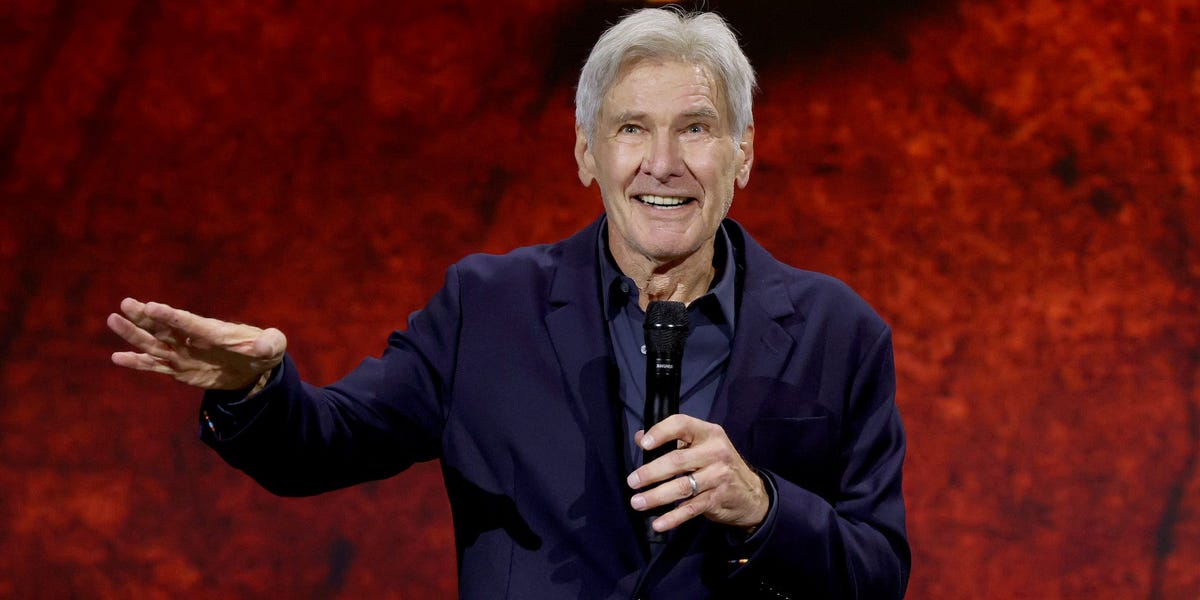 The fifth “Indiana Jones” film is better than the last, according to star Harrison Ford.

“I am very proud to say that this one is fantastic,” an emotional Ford told fans at Disney’s D23 Expo convention on Saturday morning as he received a standing ovation from the crowd.

“That’s one of the reasons,” Ford added, pointing to co-star Phoebe Waller-Bridge.

“Indiana Jones movies are about mystery and adventure, but they’re also about heart,” Ford said, tapping the microphone and pausing for a moment as he got a little emotional. As the crowd cheered, he went on to say, “We also have a really human story to tell, a movie that will kick your ass.”

Ford has been waiting for years to make another “Indiana Jones” movie, which has been in development for more than a decade but has stalled creatively for a while. It will finally make its theatrical debut next summer.

Ford added that this should be his last time playing Indy: “I’m thrilled to be here again and maybe for – No. That’s it. I won’t fall in love with you again. Thank you so much.”

Director James Mangold took the stage and commented on how surreal it was to work with the very people who inspired him to become a director:

“The day Harrison, you and Stephen came to see me to talk about doing this picture was kind of a frozen moment for me because, you know, I saw Raiders of the Lost Ark in…Middletown , New York in high school and that’s one of the reasons I became a director,” Mangold said.

Mangold told fans he was seated, scoring part of the film with Williams on Friday. He added that fans who attended Williams’ recent show at the Hollywood Bowl received a teaser of some of the new “Indiana Jones” scores.

“I was surrounded by such tremendous talent and support and such goodwill and guidance,” director James Mangold (“Logan”) told the D23 crowd, adding how much how monumental it was for him to take charge of this film.

“I found myself living out kind of a fantasy that I had when I was in high school, which was wondering what it would be like to do one of these pictures and all the time honouring, in my mind, what these movies are for you and for me and trying to bring that back this year,” Mangold added.

Those who attend Disney’s D23 Expo receive an extra match to the film.

Fans can find concept art and costumes for the upcoming film on the showroom floor.