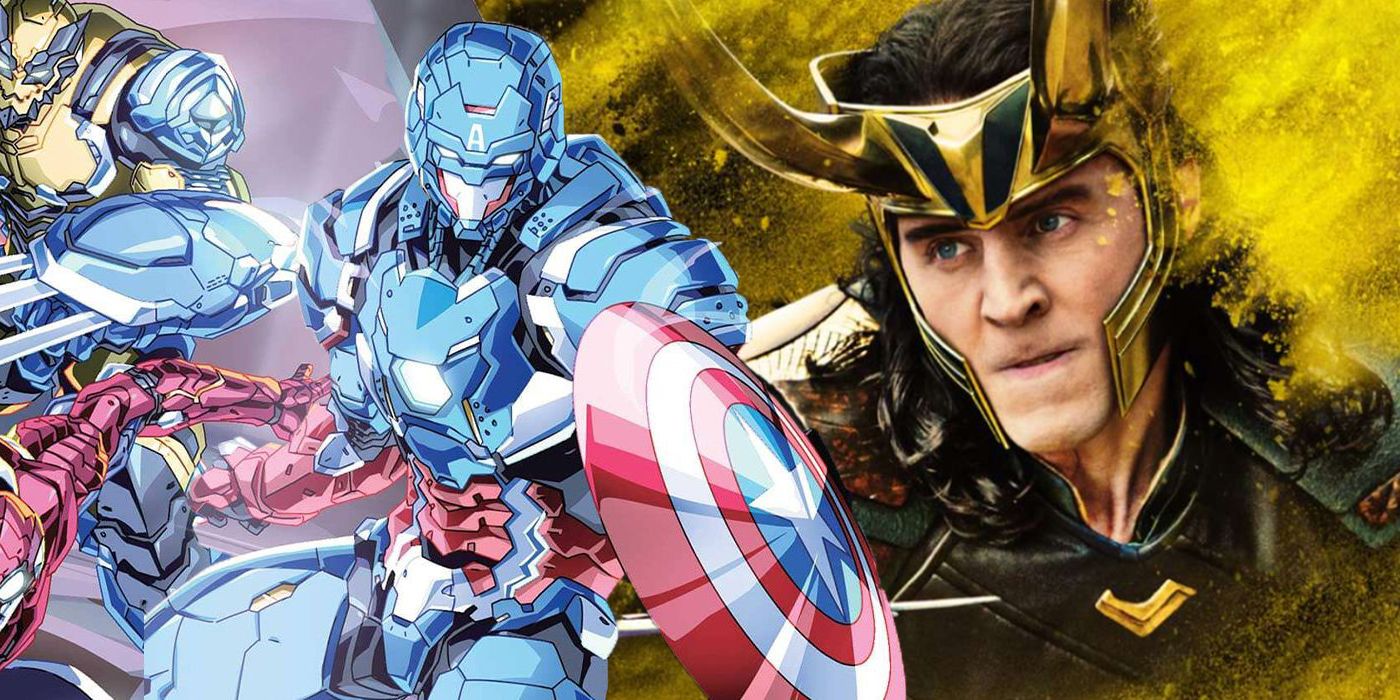 The Iron Avengers are about to fight Loki’s ultimate variant

The Iron Avengers are set to take on one of their toughest opponents yet, as they face off against a powerful variant of Loki.

Warning! Spoilers for Avengers: Tech-On # 3 by Marvel Comics below

Marvel’s Iron Avengers are about to face off against one of the most powerful Loki variants ever, as the Trickster God received a massive ability upgrade thanks to the Infinity Stones. In a brand new preview for Tech-On Avengers # 3 by Marvel Comics, the Red Skull unleashes Loki on the helpless (but meched-up) heroes, and that only signals bad news for the Avengers.

by marvel Avengers: Tech-On The series imagines a world where the Avengers are rendered powerless after Red Skull gets the last remnants of the Infinity Stones destroyed. Using the Infinity Mirror Shards, Red Skull takes on the powers of all of Earth’s greatest heroes, leading Tony Stark to create custom mechanical combinations to fight the villain. Stark really outdoes himself in armor, because not only do they look cool, but they replicate the powers that every Avenger has lost. After initially fending off the Red Skull in Japan, longtime Captain America is set to unleash a powerful variant of Loki as part of the super-team.

Related: Silver Surfer Just Got The Perfect Revenge On Galactus

In a new preview for AAvengers Tech-On # 3 from Jim Zub, Jeff “Chamba” Cruz and Travis Lanham of VC, the comic picks up the shocking ending of number two, where Red Skull revealed their own variation of Loki fueled by the energy of infinity. In the first look, the Avengers reunite at Stark Rivers in Tokyo, where they always adapt to the use of their new mechanical suits. Next, the Avengers are called into action after learning about an energy wave from Infinity Mirror Shard. But, when they land, they meet Loki in the new look.

Loki poses as the god of myth and mirth, as he floats through the air like an anime villain. Spider-Man and Iron Man are both surprised by the villain’s appearance, as the former asks, “is that some sort of … mecha-Loki?” When Tony Stark notes that they have big problems, Loki agrees with them, setting the stage for an epic battle between the villain and the heroes.

With the power of Infinity Mirror Shards and his own divine abilities, Loki is possibly the most powerful villain the team has fought against so far without their original powers. Mecha-Loki is the ultimate variant, as its potential potency is off the charts. Can the Iron Avengers take down Loki, or is Red Skull’s new creation strong enough to end the team for good? Readers will know more when Avengers: Tech-On # 3 arrives in comic book stores Wednesday.

ReedPop launches The Haul, a marketplace for pop culture merchandise • The Pop Insider