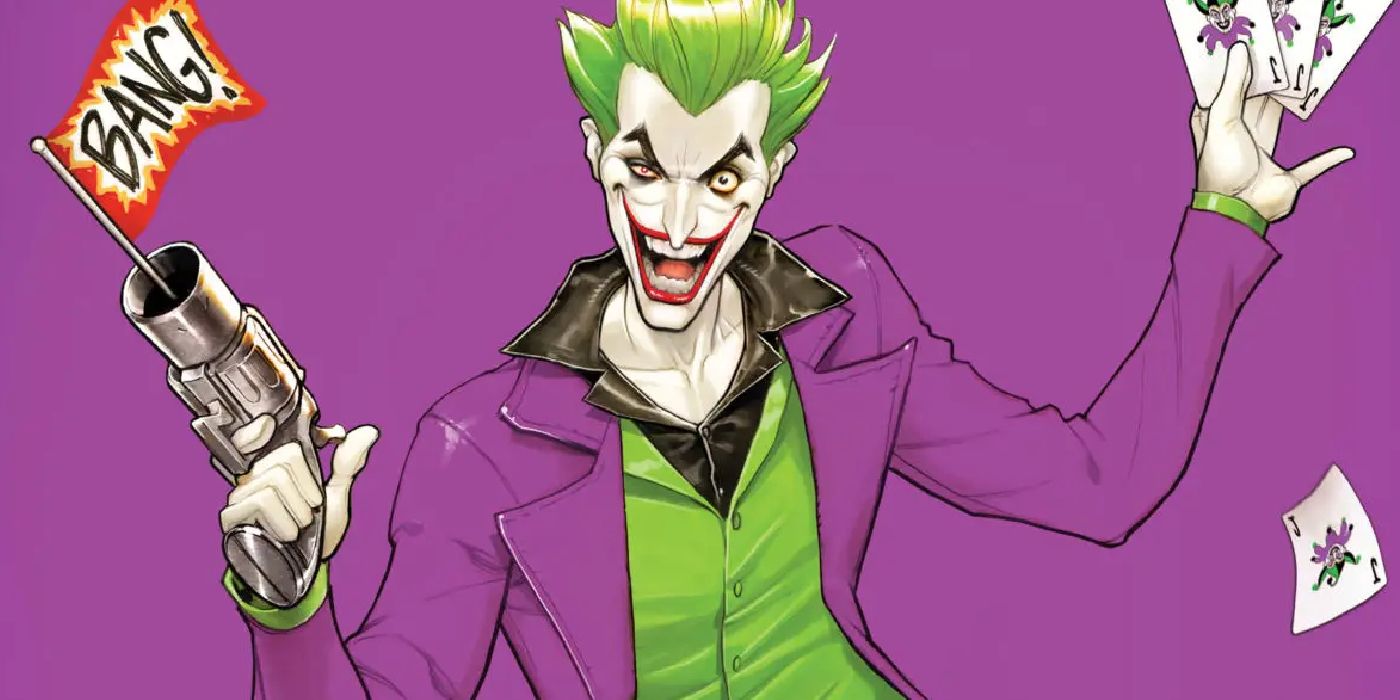 The Joker plans to conquer all of the United States

The Clown Prince of Crime seeks to expand his sadistic reach beyond the borders of Gotham in his new series, The Joker: The Man Who Stopped Laughing.

The following article contains spoilers for The Joker: The Man Who Stopped Laughing #1, on sale now at DC Comics.

Joker is apparently done with Gotham City for now and has his sights set on the whole of the United States instead.

The murderous clown makes his announcement live on television in The Joker: The Man Who Stopped Laughing #1, calling himself a “folk hero” from Gotham City who had never thought of bringing his unique breed of mayhem to the rest of the United States until now. “I, the Joker, having a sound mind and a tight little body, hereby decree that I will clean up this country once and for all,” Joker states. “I want everyone to learn to laugh again. And we can’t do that if we’re all scared and angry and scared of each other. I want every city to be a safe place where children can play. Except Gotham. I don’t care about them. A new era is upon us. A safer, more secure and funnier era.”

RELATED: DC Has Finally Revealed The Joker’s Name – But What Does It Mean?

Joker’s speech is juxtaposed with reactions from Lex Luthor, Harley Quinn, and Jason Todd, all of whom seem puzzled or grim at his words. More importantly, however, is the reaction of an injured character in a Gotham bar with a bag over his head. Seemingly a hostage who was shot by the Joker earlier in the book, this character cuts the bag and reveals himself as another Joker on the final page – hinting that the on-screen clown claiming to be done with Gotham is a impostor.

RELATED: The Joker Is A Comic Book Icon – But Harley Quinn Is MUCH More Interesting

Joker: The Man Who Stopped Laughing is the second Joker solo series to be released in the past two years. The first, that of 2021 The Joker, was told from the perspective of former Gotham Commissioner James Gordon, and detailed Gordon’s international pursuit as he attempted to bring a fugitive Joker to justice. The series revealed that when he’s not in Gotham, the Joker often retreats to a series of international crime havens – and is just as eager to kill and wreak havoc abroad as he is at home. Over the course of the series, Joker has in particular angered the general dictators of Santa Prisca and a group of Chainsaw Massacre– Texas cannibals who chased him around the world.