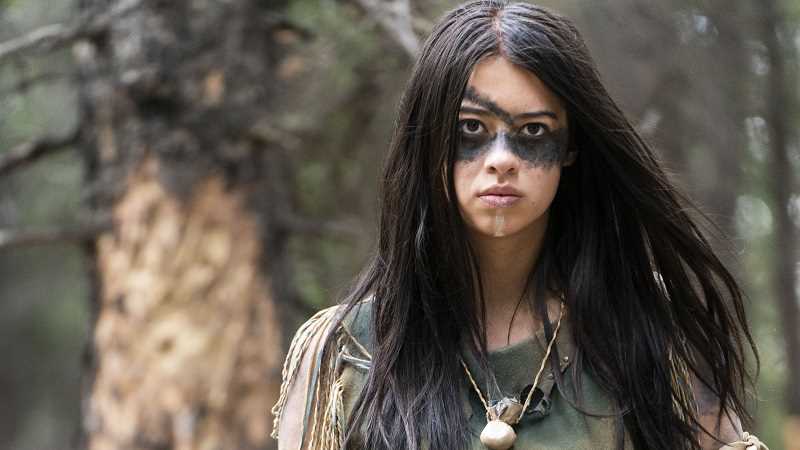 Hulu’s Predator to restart, Prey, was a hit with fans and critics alike, and while a sequel has yet to be confirmed, the film’s credits set one up! Find more details right here…

Prey is meant to serve as a fresh start for Predator franchise, but that doesn’t mean the film doesn’t set the stage for future stories! While Amber Midthunder’s Naru eventually defeats the alien invader, his happy ending doesn’t last if you pay close attention to the credits.

Delivered in the style of Comanche Nation artwork, the events of the film are recapped, but as SFFGazette.com explains, there’s a little something at the very end.

We don’t have a post-credits scene in Prey, but as we see Naru and his tribe celebrating the Predator’s demise, there’s an additional scene. As you can see below, it seems the rest of the Predators resent their fellow hunter being killed and are preparing to attack Earth and this tribe with a full-scale invasion.

Unfortunately, it’s hard to say how well Naru and company will fare against an entire legion of predators, but a movie featuring all-out war could be a lot of fun.

“I think there’s definitely something…because so many movies are seen as franchise starters, there’s something inherently refreshing about a movie that feels complete. I hope this movie feels complete. .” director Dan Trachtenberg tell us last month. “Having said that, we’re doing something very unique in that, while other films may have a post-credits scene, we themselves have narration inside our end credits.”

“It leaves room for many kinds of sequels. I don’t know if we’re ready to say exactly what we want to do next yet, but I think there are a lot of great opportunities.”

It looks like the filmmaker has his eye on the future, and given the positive response to Prey so far, we’d be banking on a sequel coming to Hulu sooner rather than later. For now, though, this tease is a fun way to start thinking about where the story might go.