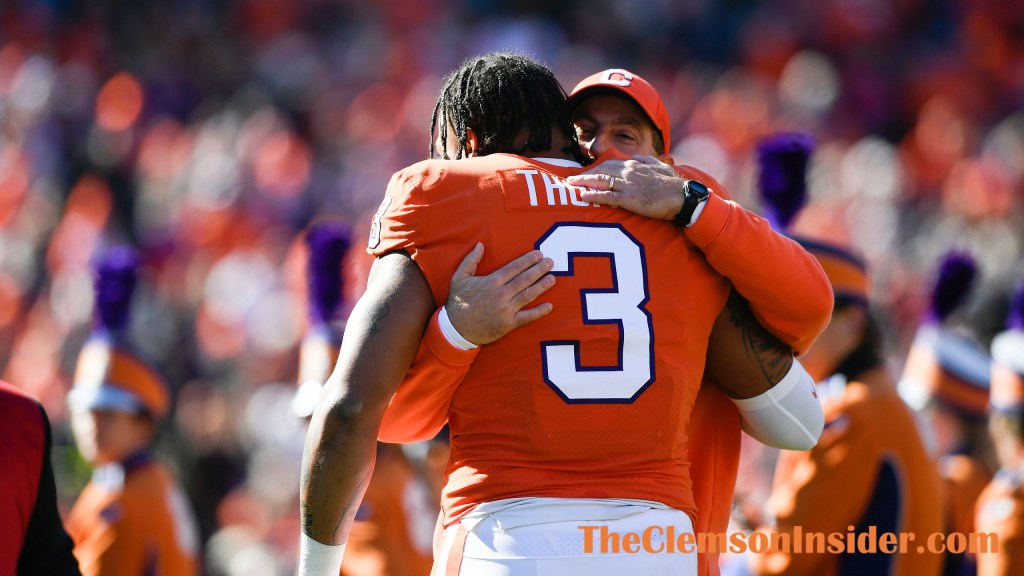 Dabo Swinney was going to be looking into the transfer portal for Xavier Thomas’ replacement – or so he thought.

Thomas went to Swinney’s office and told his head coach that he intended to return to Clemson for his final year of eligibility. Swinney was happy to have one of his best players back in the fold and yet he was still a little surprised.

“I guess he thought I had the year I wanted and he thought I was going to take it to the next level,” Thomas said. “It was an average year – in my opinion – and I know what I have in the tank. I know what I can do. That’s why he was so surprised.

What does Thomas consider to be an exceptional year?

Most of that is between Thomas and himself, but he’s made it clear that he wants to hit double-digit sacks this season. While leading the team under quarterback pressure (17) just a season ago, Thomas feels he needs to finish games going forward.

He was named an All-ACC third-team selection, added PFF (second-team) all-conference honors, and was credited with 27 tackles (5.5 for loss) and two forced fumbles.

In the first half of last season, Thomas had his eyes on the NFL. Then he started to question himself. He achieved what he really wanted to do and didn’t feel like many people could really see what he was fully capable of.

Thomas received a rating from the NFL College Advisory Committee. He wasn’t focused on the rating itself, as he knows what he would be able to do and present at the NFL Scouting Combine.

“It all varies,” Thomas said with a smile. “A lot of people didn’t know, they thought I was going to run a 4.8 at the combine or something, but people don’t really know how fast I am. I can break 4.4 there , but they don’t know it yet.

That’s not why he ultimately chose to return to Clemson. The main factor at play is what he did and didn’t accomplish last season. He felt he had unfinished business to settle before he could move on to the next level.

Another factor in play was the amount of talent Clemson was returning to their defensive line room, which has been dubbed: The Avengers.

Thomas, who is a Marvel enthusiast himself, landed on Thor. It was an easy decision for him as the God of Thunder is his favorite character in the Marvel Cinematic Universe.

The Avengers nickname for the defensive line is the brainchild of Thomas and KJ Henry, who are both huge Marvel fanatics. Although they had a very close relationship, their respective decisions to return to Clemson were independent of each other.

Henry had no idea Thomas was coming back, and neither did many people.

“I completely surprised him,” Thomas said of Henry. “He was a little angry that I didn’t tell him, but he was glad I was back.”

Keeping this a secret from Henry and the rest of his teammates was no easy task. Thomas had to remind Swinney several times not to tell the team until the season-ending banquet.

Thomas is back in the fold and aims to drop to around 255 pounds by the end of spring. It’s only a matter of time before he’s no longer Clemson’s best-kept secret and a household name in college football.

It’s time to get the latest Clemson apparel to show off your Tiger pride. Order your officially licensed Clemson gear here!

“The Batman” wants to save Gotham, and the cinemas too